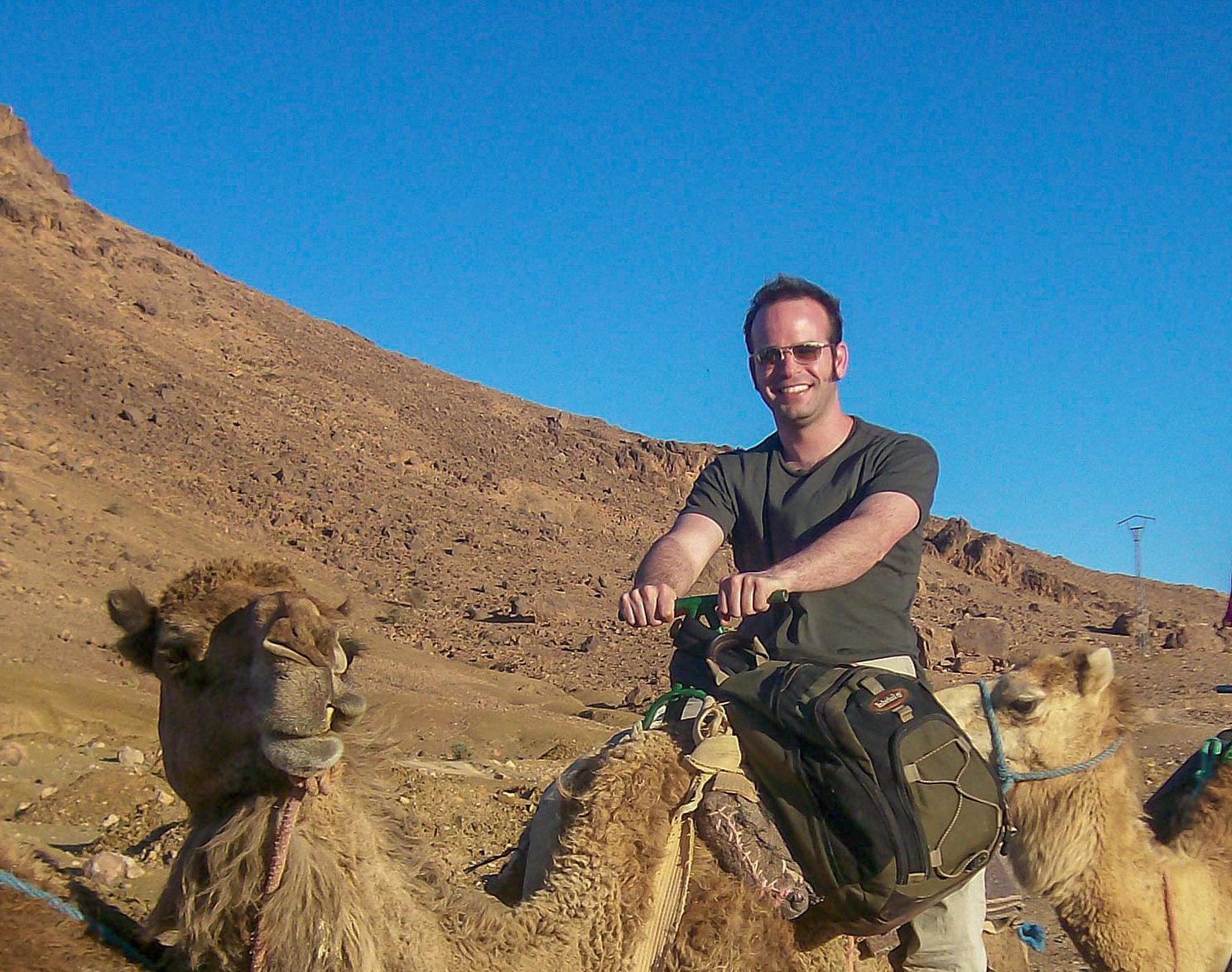 Here are some photos of our road trip out to the desert near Zagora. The car ride took us most of the day included a gas scare. After the fourth gas station we passed with no gas, we were a little worried, but fortunateour driver knew there might be gas shortages so we still had some remaining when we found some petrol. Then coming up on dusk we left the car and mounted our camels (technically I think they’re dromoderies, but I don’t really know the difference. Something about humps).

We reached our camp just around dusk. After some tangine and mint tea, we were treated to a campfire and some “Sahara TV,” as our guide called it: the awesome Sahara sky. We were promised authentic music, but our guide and his sons were not exactly talented. With their bendir and plastic gascan darbouka, they struggled to keep a song. While I couldn’t understand the Arabic, I’m pretty sure he yelled at one of his sons for being unable to keep a beat. Shortly thereafter, all of us tourists attempted our own music around the campfire and failed miserably. Somehow of all the songs we all knew (ranging from Black Crowes to ABBA to Clapton) even with all our powers combined, we could remember nothing more than the chorus and maybe a few words of a verse.

But the darkness of the desert and the beauty of the stars made it well worth the trip. Then when I awoke in the middle of the night to relieve myself and walked outside the moon was shining in full force and lit up all of the dunes. A truely beautiful sight.