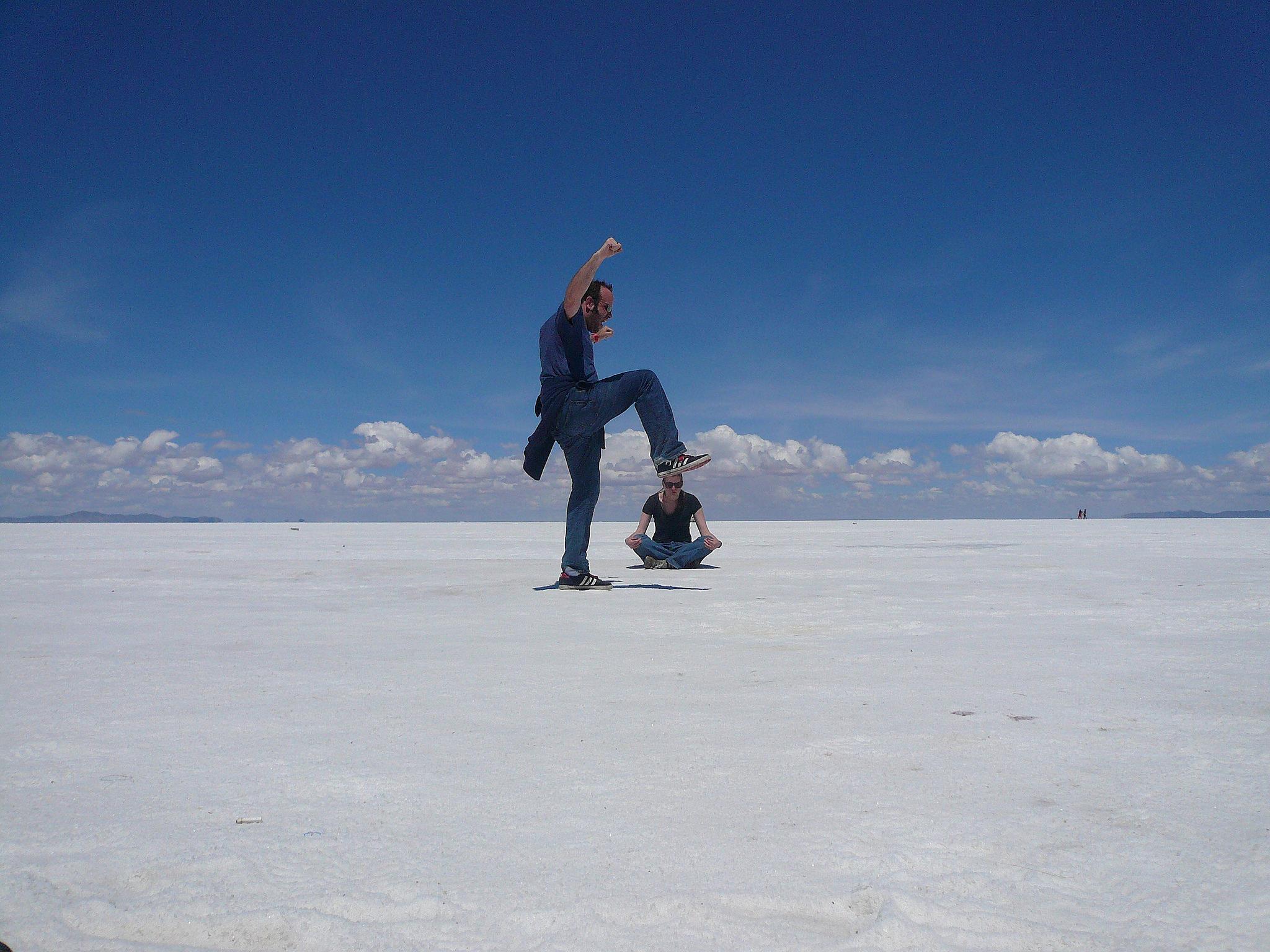 I’m now pretty far behind on my posts, so some of these next few may be on the shorter, did-this-then-did-that, side as I try to catch up.

After a quick reunion over a lomito (steak sandwich with egg and everything) with Victoria in Iguazu, it was off to the airport for an overnight layover in BA. My flight the next morning  was early, so there wasn’t a lot of partying I could do, even though it was Saturday night in Buenos Aires. But I knew there would be a shot waiting for me in La Paz.

I had been called by my airline a couple days earlier informing me that my connecting flight from Santa Cruz (Bolivia) to La Paz had been canceled and the only option was to spend a 7 hour layover until the next flight. Thankfully, the Santa Cruz airport was incredibly nice. Free wifi, lovely weather outside to enjoy the observation deck, and of course, cheap beer. There are definitely worse places I could be stuck for 7 hours.

Upon landing in La Paz, I immediately felt drunk. The sudden change in altitude was affecting my brain. When my friend Nell from Chicago met me at the airport, I was having trouble even forming coherent sentences. The next two days were basically acclimating and getting my first taste of the Loki hostel experience.

Based on Nell’s schedule we would only do a one day tour of the Salar de Uyuni, the world’s largest salt flat. An overnight bus down, a day exploring, then an incredibly bumpy overnight bus back. 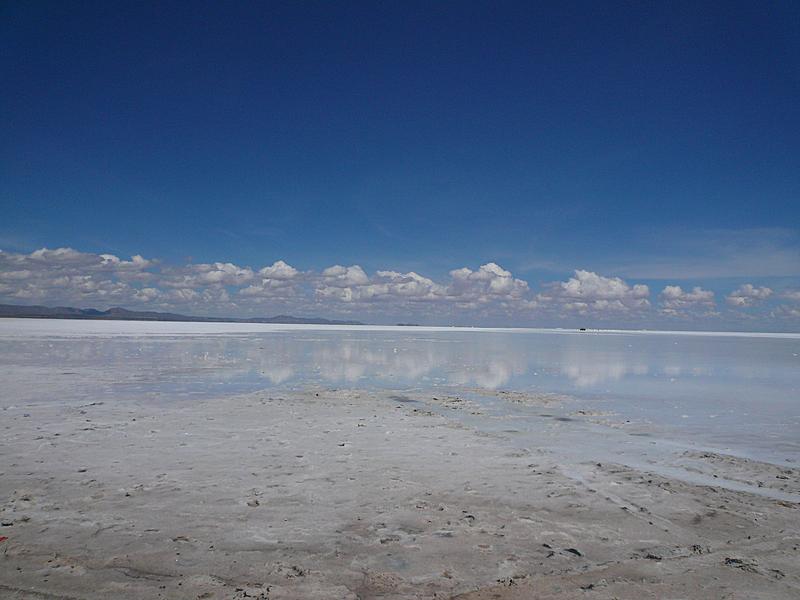 The Salar looks like a giant white desert going off over the horizon. The sheer size and whiteness is astounding. You can see the damn thing from space. Proportions get skewed leading to some silly pictures. 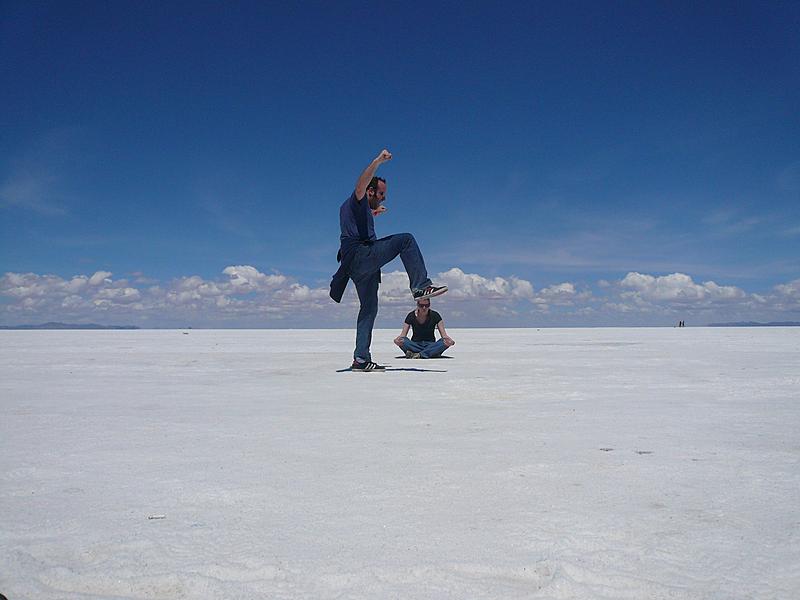 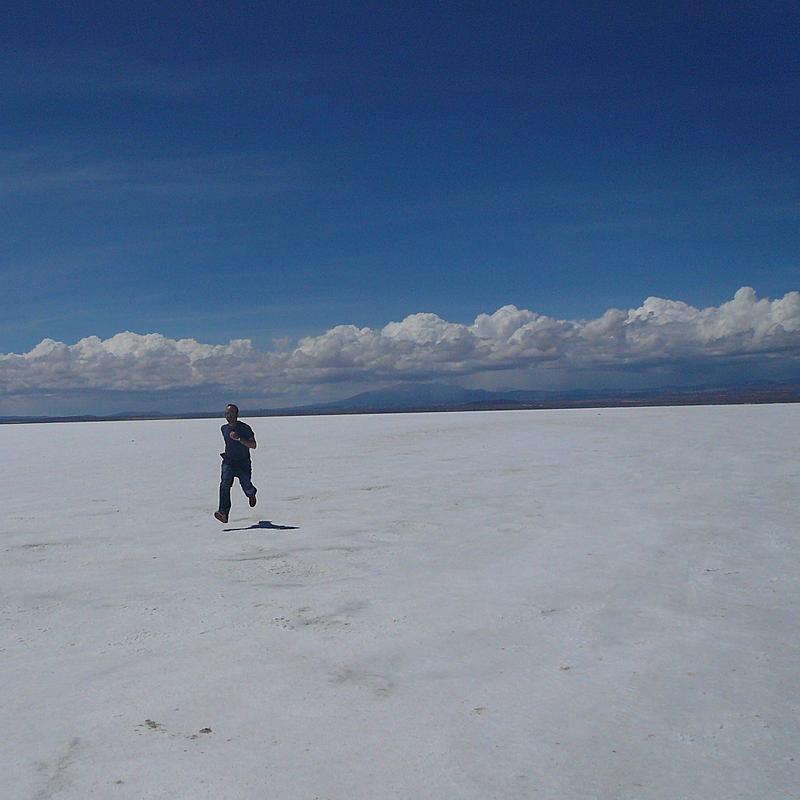 All of the salt processing is done manually–just shovels. 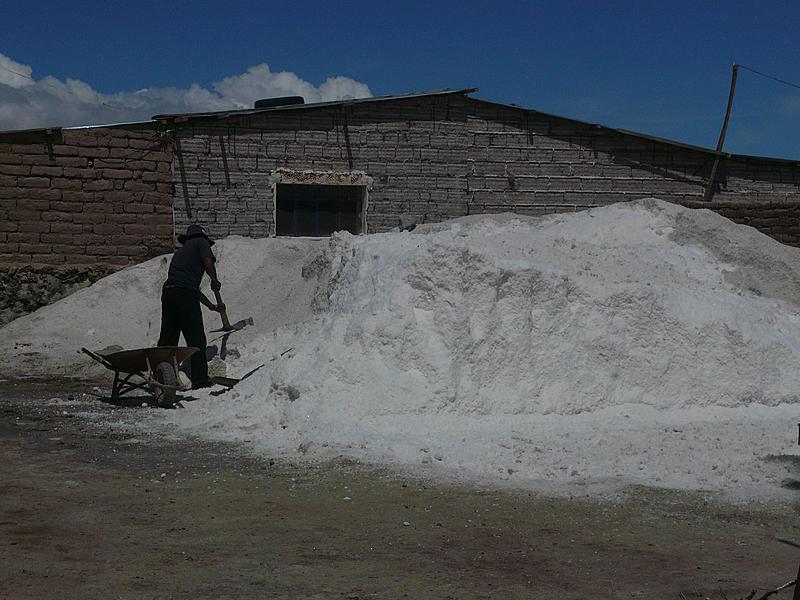 Also, we explored the train cemetery full of rusty retired locomotives. I was just happy my tetanus shot was up to date. 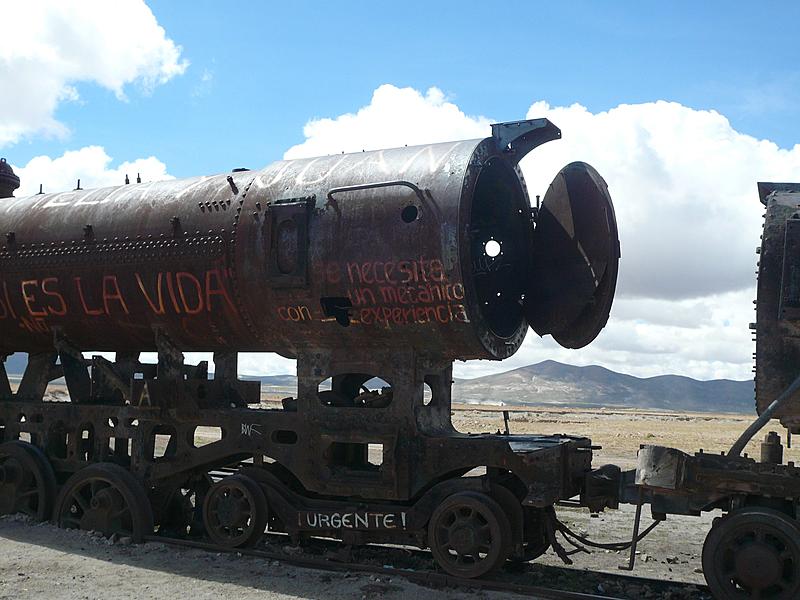 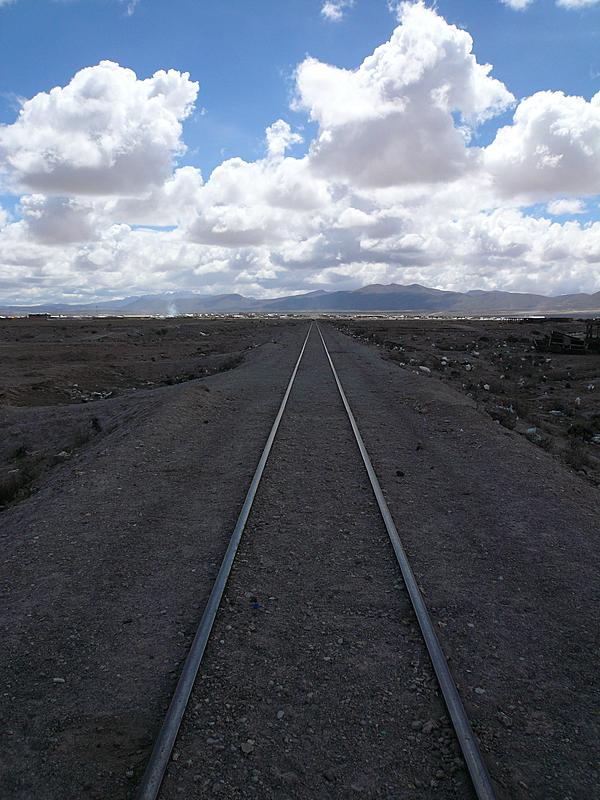 In the middle of the flat, there’s an old hotel made completely of salt. It was shut down because there was no way to handle the human waste in an environmentally safe manner. 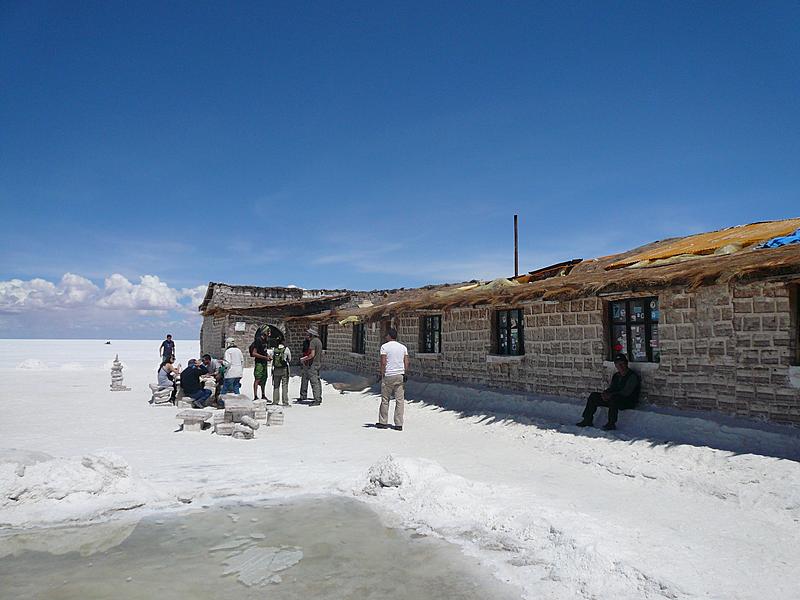 Overall, I definitely recommend a trip to Uyuni, but I would advise spending at least 2 days there so you’re not rushed on the overnight buses (and pay the extra money for the tourist-class bus–they should be quite a bit more comfortable).