¡Pura Vida! is the unofficial motto of Costa Rica (one might call it a meme). Literally translated as “Pure Life,” it is used much like the Australian “no worries.” That is, it can be used to mean almost anything. It can mean “thank you,” “you’re welcome,” “hello,” “life is good,” or “I slept with your sister. Sorry, bro.” To which the only acceptable response is, of course: “Pura Vida!” It’s on their billboards, their minds, their soap, and even their ketchup. Actually, it’s much more likely that it’s just a tourism marketing ploy. But I still appreciate the concept. But when it looks like this, no me preocupe. 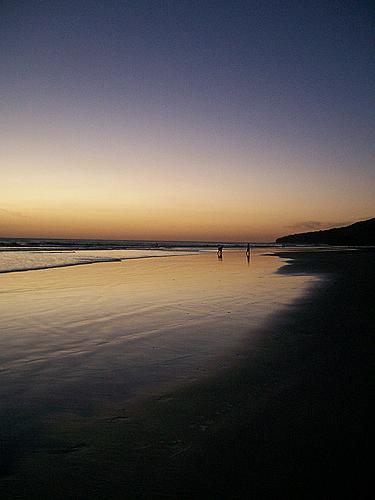 As we left for the trip, the pura vida attitude had yet to ingrain itself in our consciousnesses. An outlook which would have made the journey a little more pleasant. To begin, American Airlines called us all at midnight on Tuesday night, six hours before our flight was to depart. Due to bad weather in Dallas, our flight had been canceled. This meant we had the pleasure of dealing with rescheduling until two in the morning. Luckily, Michelle and I are Gold members in AA’s frequent flier program (all jokes intentional), and while a pain, they were able to help out out.

Jae and I ended up flying out at 6am for Miami via La Guardia. Michelle and Mike were to meet us that night in Miami and the next morning we all would fly to Liberia (the new airport in Costa Rica) together. While it meant that we lost a day in Costa Rica, there are many worse places to have an overnight layover. And unlike Chicago, or even New York, where they were about to stick me for a midnight to 6am layover, Miami has a beach. Jae had some friends who were in Miami, so we even had people to party with.

Oh yeah: our flight from Chicago to New York got delayed, making for a rushed connection. While we managed to make the flight, my luggage didn’t. So I was without clean clothes and my camera for the first day.

But I was able to get my bag the next morning, and we were off to Costa Rica! 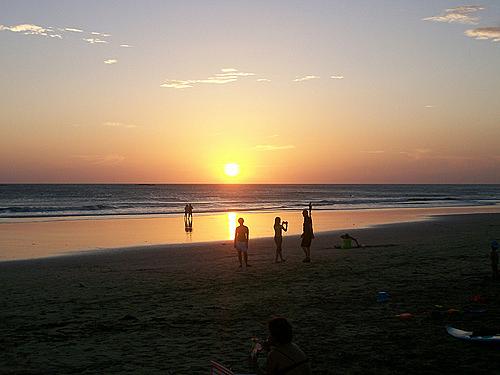 Costa Rica is a very Catholic country and takes Semana Sancta (Holy Week) very seriously. On Holy Thursday and Good Friday, there is nowhere in the entire country of Costa Rica that will sell you booze. No restaurants, no bodegas, no bars. We had anticipated this, so we stocked up on Duty Free in Miami. When you’re sitting on a beach, however, hard liquor doesn’t really do it for you. When Saturday at 11am rolled around and the restaurants could finally serve again, it was one of the tastiest beers ever. 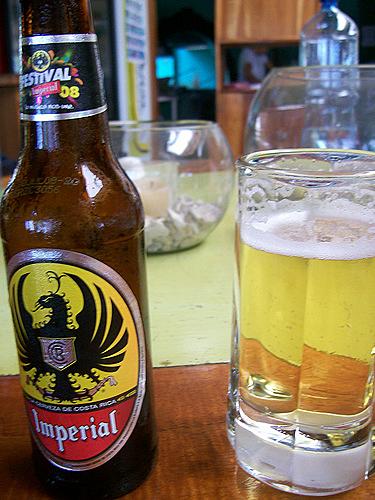 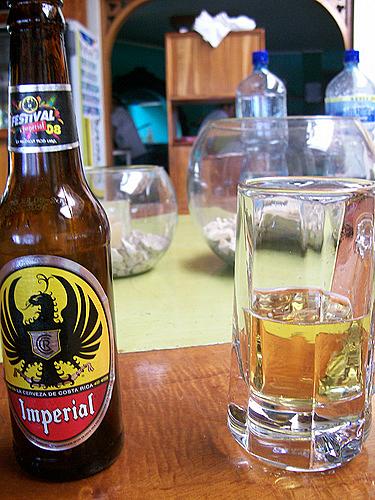 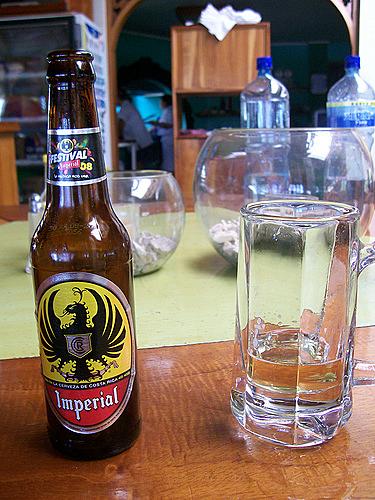 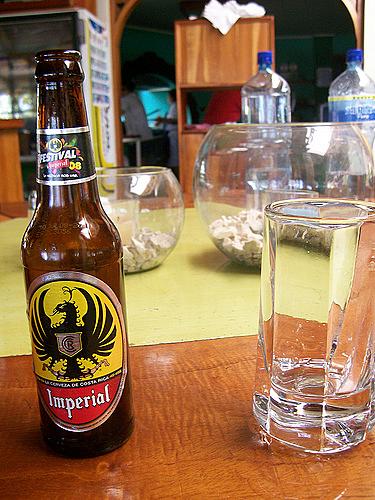 Imperial is the best beer in Costa Rica.

The trip was mostly relaxing and hanging out on the beach in Playa Grande, near Tamarindo. (Don’t try walking to Tamarindo on the beach after 4pm. They may claim it’s at 30 minute walk, but without the water taxi to ferry you across the estuary, you are pretty much literally up a creek without a paddle.)

The only real “activity” we did was a zipline tour in the jungle. Basically, you climb up a bunch of stairs to the top of a tree and then zipline from platform to platform. 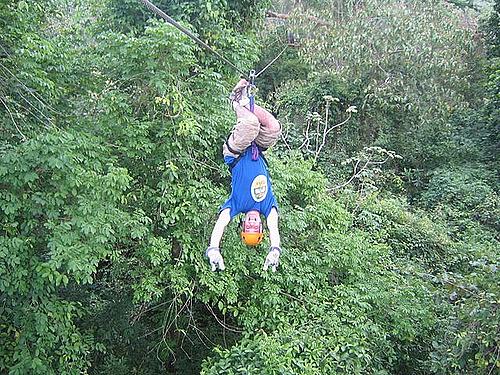 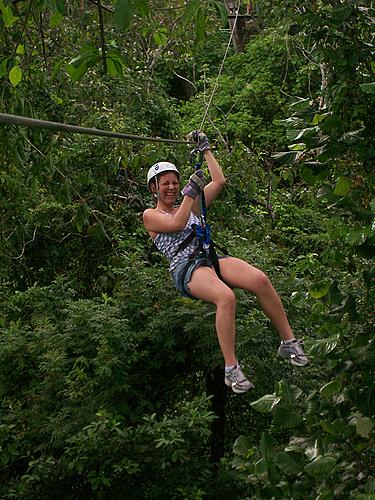 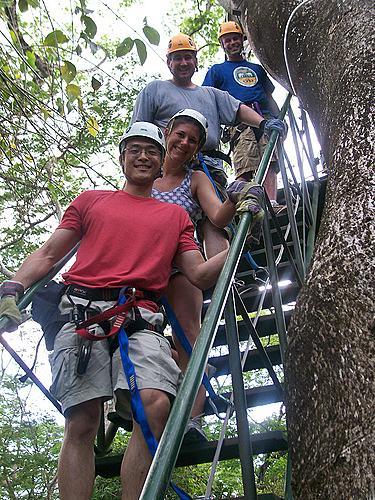 The video sums it up nicely:

Overall, an amazing and relaxing trip. I highly recommend Tamarindo and where we stayed, Hotel Las Tortugas. 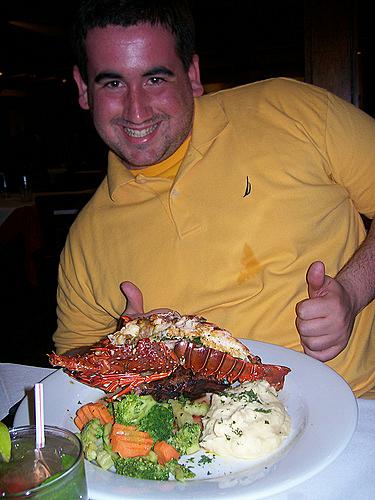 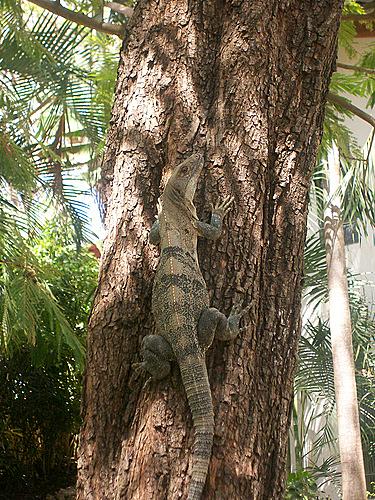 Our own private pool for the apartment:

The sunset over the water in Costa Rica is the most beautiful I’ve ever seen. The way the water becomes reflective on the sand as the sun dips into the water is absolutely stunning. I recommend it. 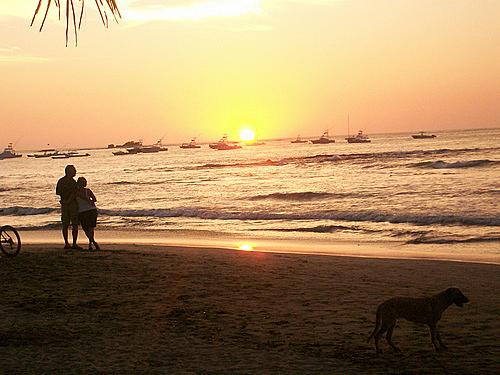 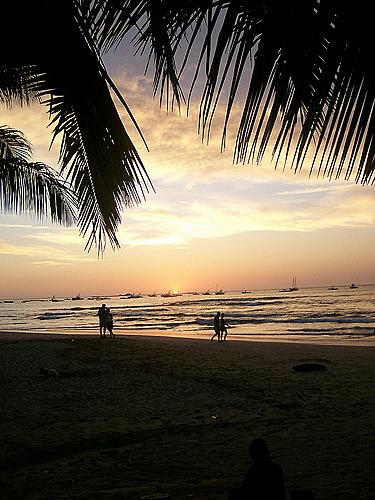 And the two images that sum up the trip best: 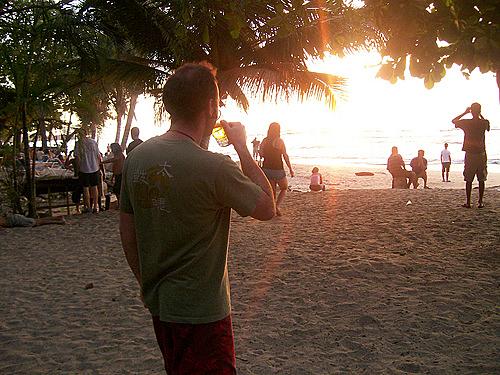 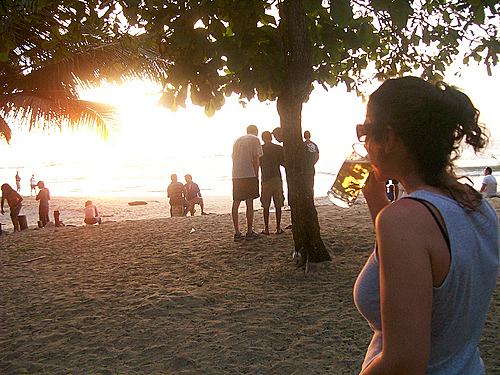