I’ve been spending quite a bit of time in airports lately: ORD, ATL, LAX, MEL, SYD, ZQN, AKL, MDW, and soon LHR all within about a month. And now I’m stuck at O'Hare with a three hour delay leaving me time for another post. I’m almost caught up here, and hopefully I will be fully caught up before I leave for London on Thursday.

My penultimate day in NZ (it’s just fun anytime I can use that word). Everyone else’s final day. My personal favorite activity. I enjoyed it so much that as soon as we were done I signed up to do it again the next day.

It was time for canyoning, also known as canyoneering. Wikipedia defines it as “is traveling in canyons using a variety of techniques that may include walking, scrambling, climbing, jumping, abseiling, and/or swimming.” Abseiling is what we Americans call rappelling. And that’s pretty much what it is.

Hop out of the van, and get suited up. The wetsuit is a necessity as all the water we’ll be moving through is snow melt, so it’s damn cold. 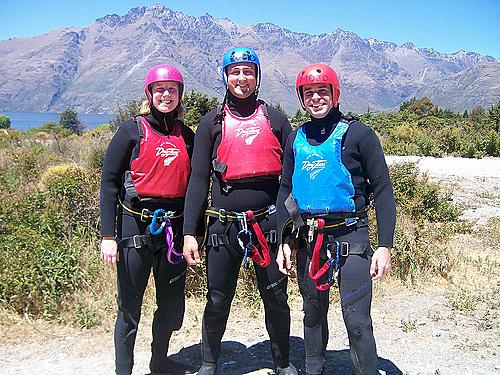 (Us before the canyoning)

It does make you feel a little like James Bond in that gear. 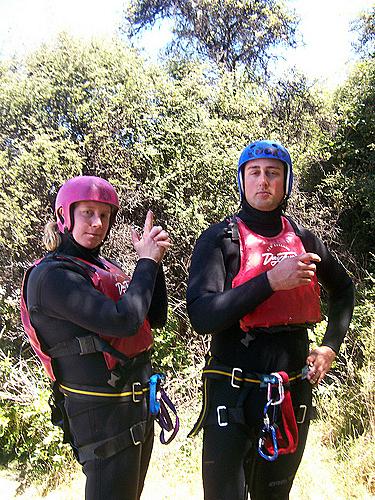 Then on to hit the canyon. Start with a little hiking in, then some zip-lining. 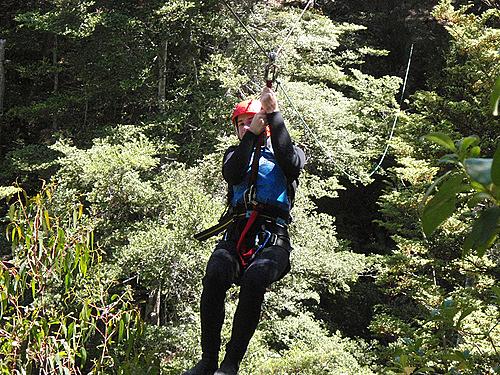 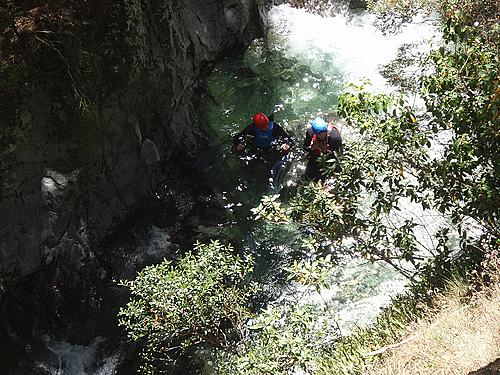 Got some jumping in. It’s amazing the difference between 6 meters and 8 meters. And then again 10 meters. (10 meters = 32.8 feet). And you definitely hit the bottom of the pool when you land. 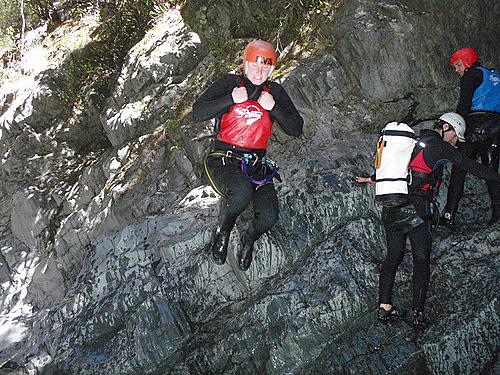 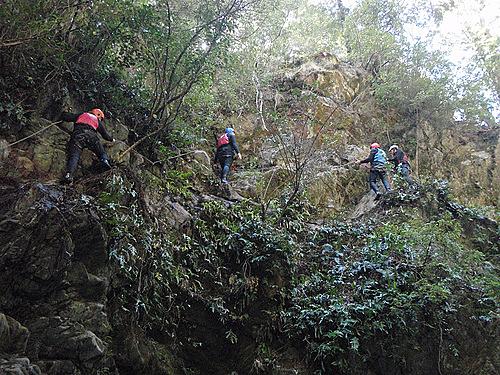 (That’s the 8m ledge up there) 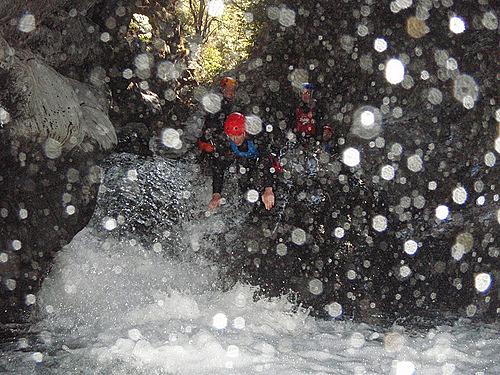 I think my favorite part was where we ziplined halfway out into the canyon, then free rappelled down into the pool below. It’s been years since I’ve rappelled, but somehow still managed to remember how to do it. It was incredibly humorous watching the people that had no idea. If only there were videos of it.

And finally us at the end: 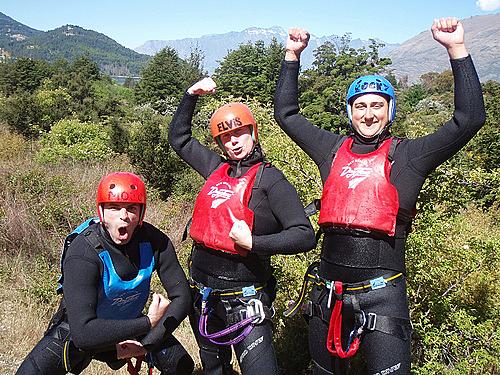 I’ve decided that if I ever move to Queenstown, this is the job I’m going to get: leading canyoning tours.

And then off to the bars to celebrate the end of our adventure in Queenstown (well, I still had one more day, but it was kind of the end of an era. If an era is six days long. 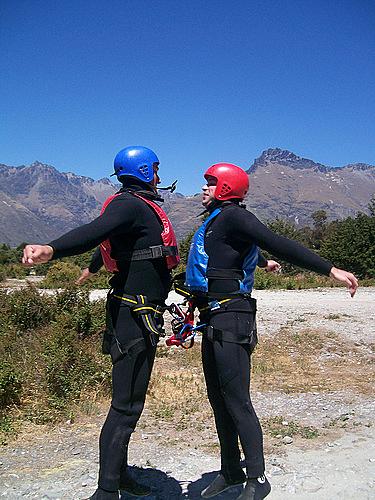