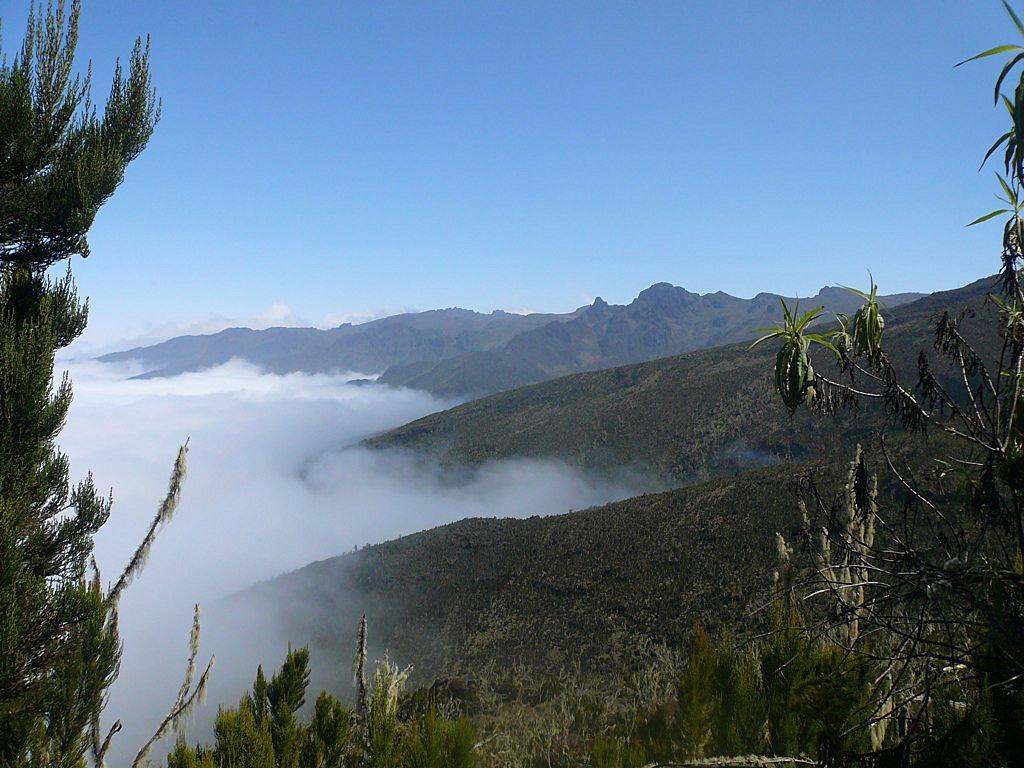 To follow up on the last post, the next day they sent up another guide Godfrey. We didn’t quite realize this at first, but Godfrey was also an assistant guide. That gave us two assistants and no head guide. Both of them were very nice, although it was clear that neither one really had much experience being in charge. And between the two of them, neither really knew who was supposed to be in charge. Each night before we went to bed, they would come into our mess tent (set up each day with a fairly unstable table and some chairs, but usually awaiting us with popcorn and tea upon arrival to the camp) and give us a briefing about what to expect the next day. They would then both stand there for a few moments and glance at each other, not really sure who was going to start talking.

They were both very nice, but their English was not really up to par with what we were expecting (namely, Benjamin, who spoke perfect English). They would also treat the two girls differently than the guys. They’d usually just let us be but would constantly be checking up on the girls. I told Athman this on the last day, that the kind of women that are going to come on a trek like this won’t break that easily. But, they got all five of us to the top, and that’s definitely one of the most important things. 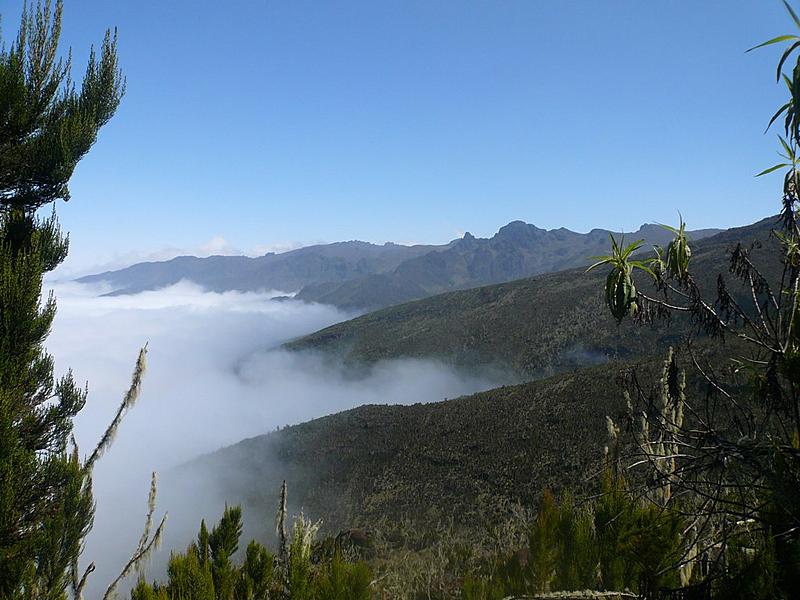 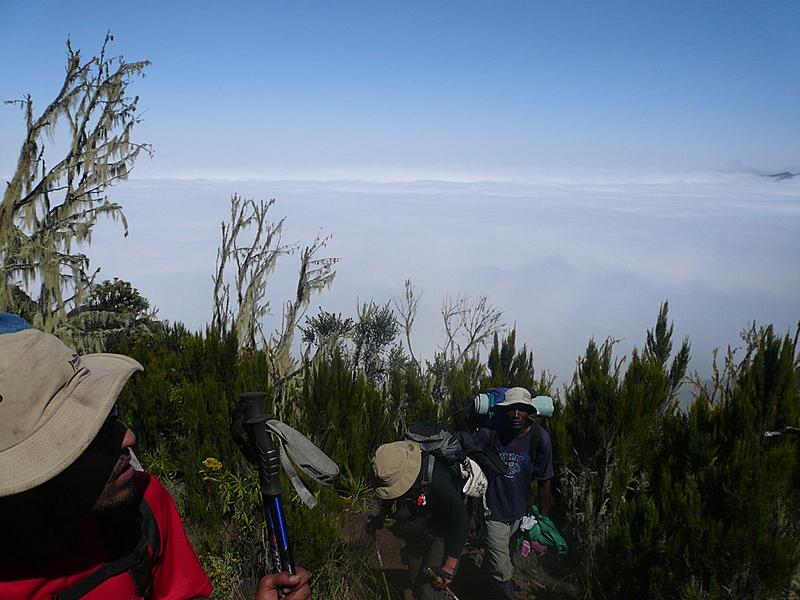 Our first day was slightly rainy as we climbed through what’s called the Cloud Forest. The name is very accurate as we were walking through fog most of the day. About an hour or so into the second day we had broken above the cloud line, and for the rest of the trek every time we looked down there was a thick layer of clouds below us. It was a little disappointing in that we were rarely able to look out over the savannah of Africa, but it was pretty spectacular looking down upon the clouds. 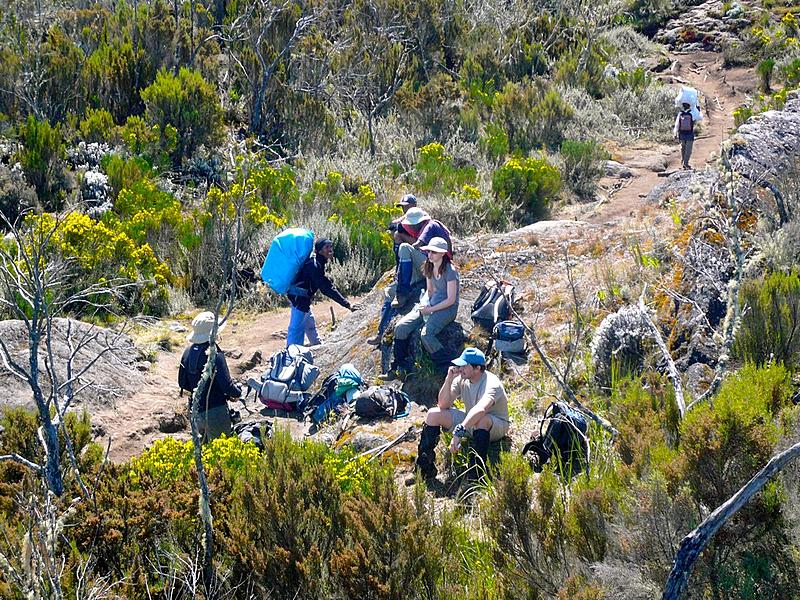 My biggest complaint about the Machame route is how crowded it is. There is a limit to how many people can be on the trail at any point, and there is talk of lowering that limit. For the sake of future hikers I hope they do that. A few times over the first days we would get stuck behind a large group. Often times that group would be a large gaggle of about twenty British university kids. Some of them clearly just wanted to do whatever their friends were doing and had no idea what they were getting themselves into. On the second day we would pass by girls from the group already breaking down. I’m going to go out on a limb and say those girls didn’t make it to the top.

At one of our snack breaks, we stopped with that group. One of the guys, trying to pull together an audience, exclaims, “Check this out!” He rolls up his shorts leg to reveal a tattoo: “Kilimanjaro MMX” (2010 in Roman numerals). All we can do is laugh at this kid. I’m sorry, but you’re not allowed to get that tattoo until you’ve made it to the top. At least if you fail you got it in Roman numerals so you can add a few I’s and V’s for when you succeed. But until then, every time you take off your pants you’ll be reminded of your failure.

Here’s a photo of these kids at their fancy lunch table: 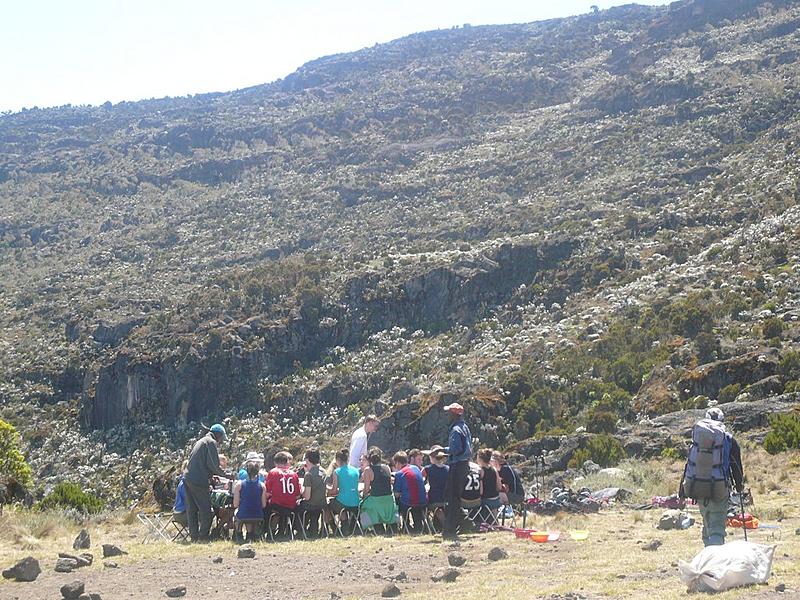 So that’s my funny story for the day. More to come soon… 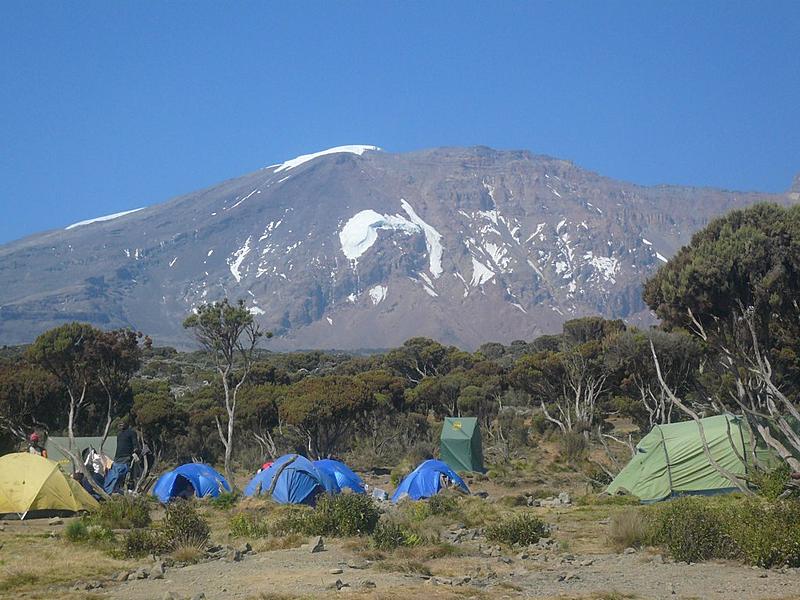 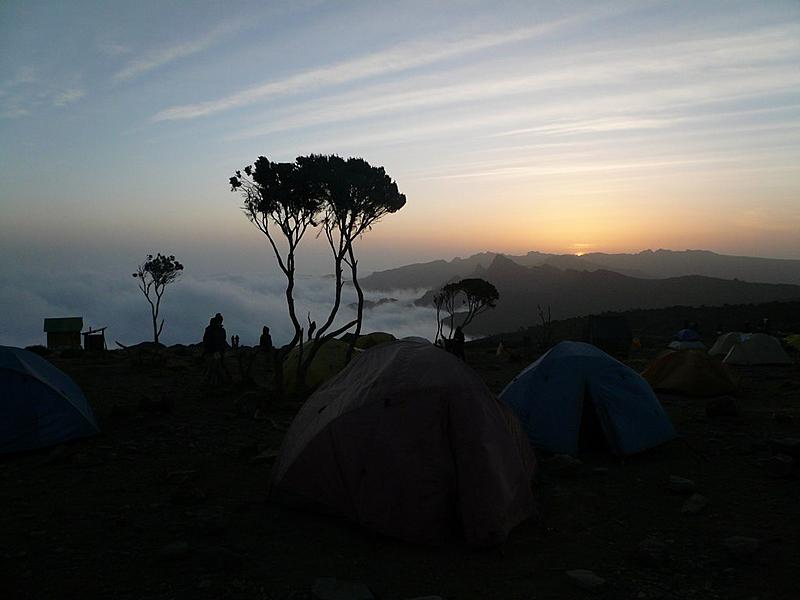