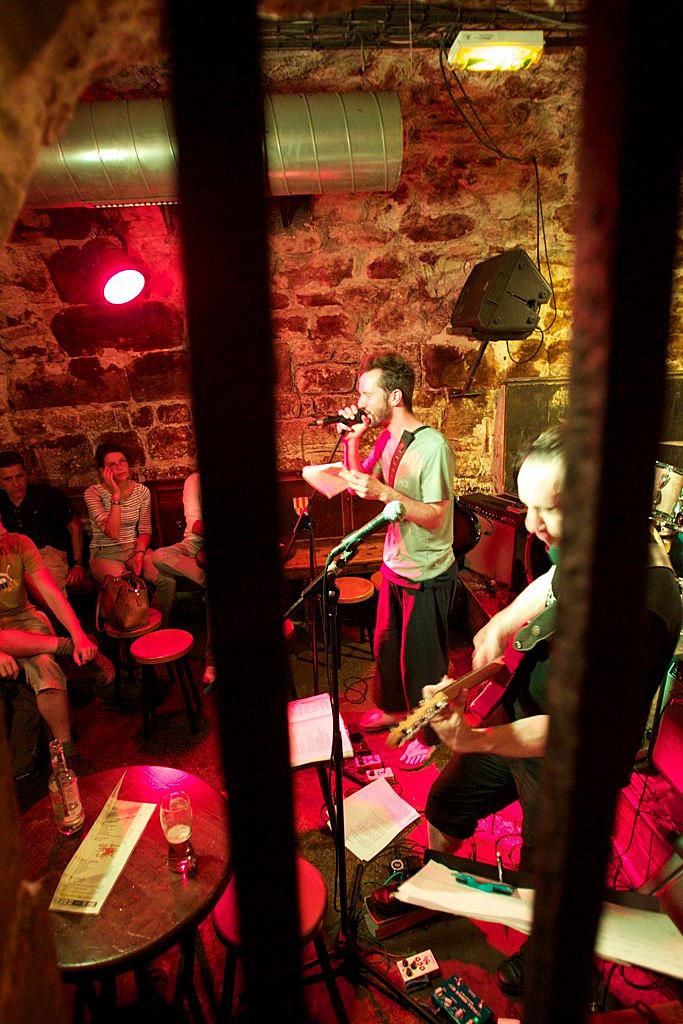 Good Memories from the Cave of the Forgotten

Apparently I love subterranean Paris. After my chthonian exploration of the Paris Catacombs yesterday, I figured the next logical step was to go a level up and check out the sewers. It’s not something I would normally seek out, but I had it on good authority (Jenny T) that it’s cool. Plus, Lara hadn’t done the tour yet.

I can’t say the Égouts de Paris smelled pleasant, but the museum was ripe with information. It’s a well put together tour with the majority of information in English tracing the history of the sewer systems from the middle ages to modern times. And whoever wrote the information loved Eugène Belgrand, the engineer who designed the modern sewer system in the 1800s. His magnificence and brilliance definitely shined through in the writing.  There are now over thirteen hundred miles of sewers running under Paris and whenever there’s insurrection or revolution, you can be sure these waterways are being used for sneaking around. It wasn’t until Napolean around 1800 who finally commissioned a mapping of all the existing tunnels. Victor Hugo describes the sewers in Les Miserables in vivid detail as Jean Valjean escapes through them with Marius on his shoulders. As he says, “…Paris has another Paris under herself; a Paris of sewers; which has its streets, its crossings, its squares, its blind alleys, its arteries, and its circulation, which is slime, minus the human form.” 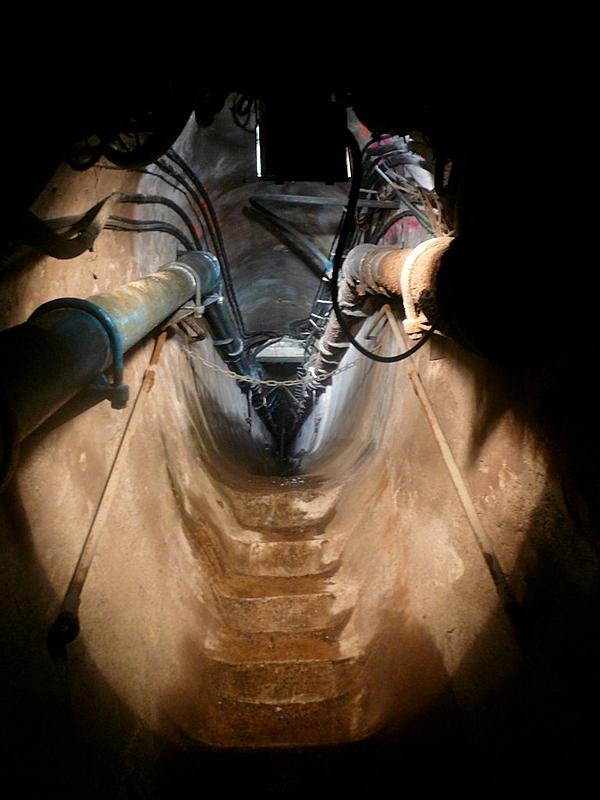 After resurfacing and coming once again into fresh air, we grabbed some food and hung out with Lara’s friend Charbel while drinking some wine and watching a World Cup game (because that’s what you do in the middle of the day in France, you drink wine). Then it was time to meet up with Ewen, his wife Victoria, and their friend Melissa at Chez Janou, a delicious little restaurant in the Marais district. 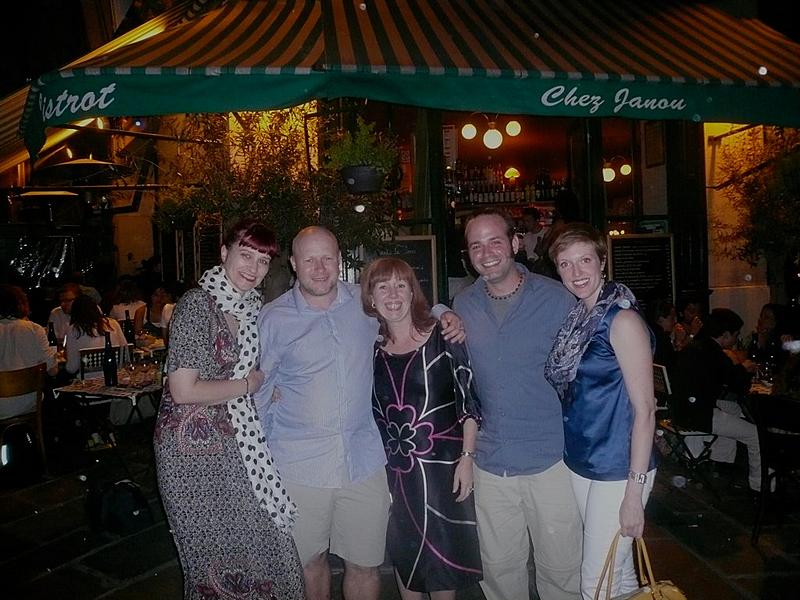 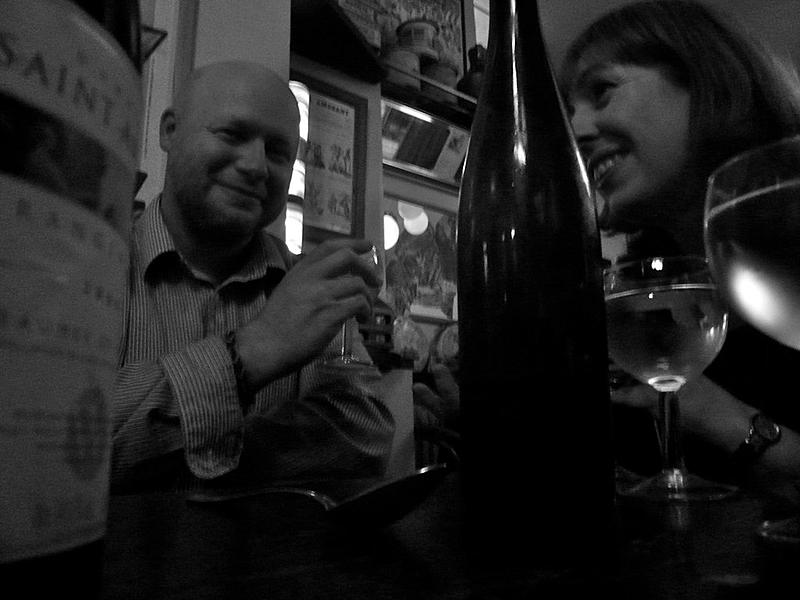 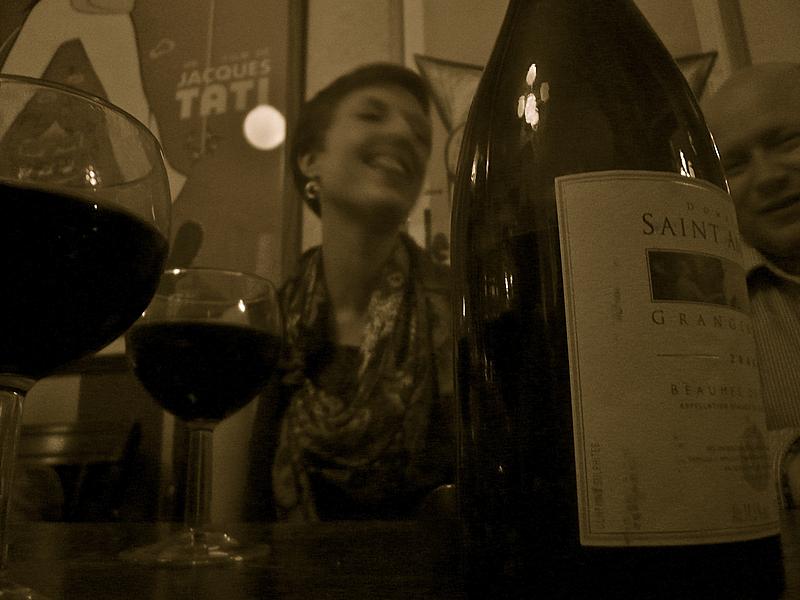 After a wonderful time at dinner, telluric inclinations once again brought us underground. This time to a badass music club in the St Michel area, Le Caveau des Oubliettes, which is somewhere between a cave and a dungeon. (My translation of the name in the title of this post may not be 100% accurate, but I know that oublier is to forget and I claim artistic license in choosing the part of speech in which to render it.) There was an awesome funk band playing. If the venue’s website had been updated since 2009 I could figure out the name of the band. If Funk in the Trunk ever goes to Paris, we’ll definitely be playing there. After seeing the guitar player, I now know where Boris gets it from: Parisian guitar players love to masturbate onstage during solos (figuratively). 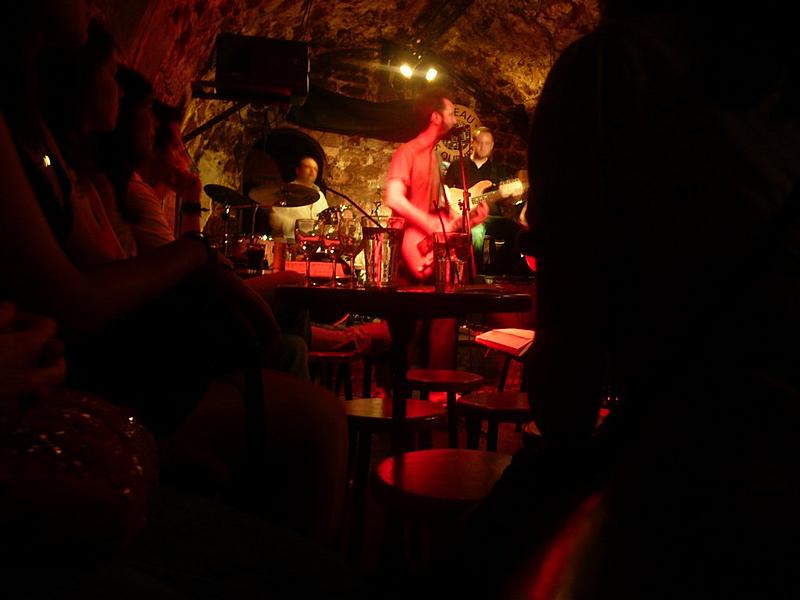 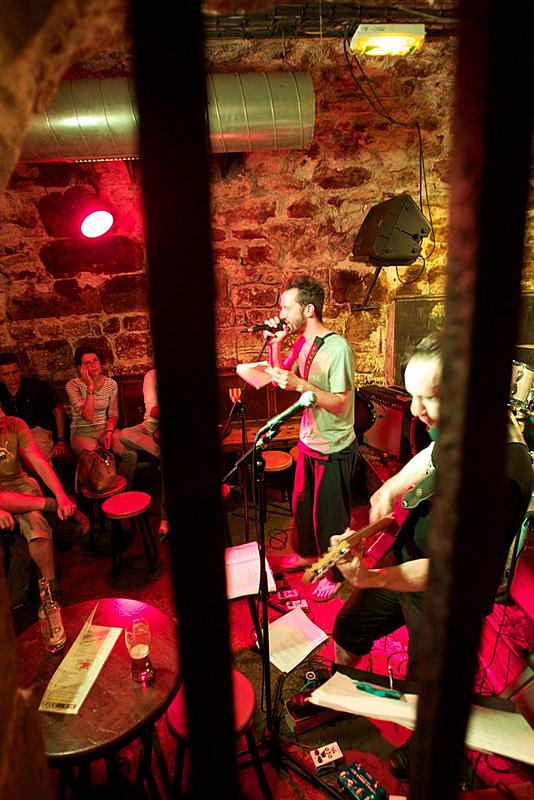 Finally it was time to say goodnight. Lara and decided we wanted to bike home. Paris has this brilliant program called Vélib’ (from Vélo Libre, Free Bike–free as in speech, not free as in beer). Throughout the city there are racks of bikes. You pay at a kiosk and it unlocks a bike. Then you just return the bike to another rack. It’s a brilliant plan assuming the technology actually functions. It wasn’t until the 3rd station where we finally found available bikes that the kiosk would let us check out. But we finally made it home around around 2am. Just in time to catch 3 hours of sleep before having to head to the airport for the next leg of the journey: Tanzania.