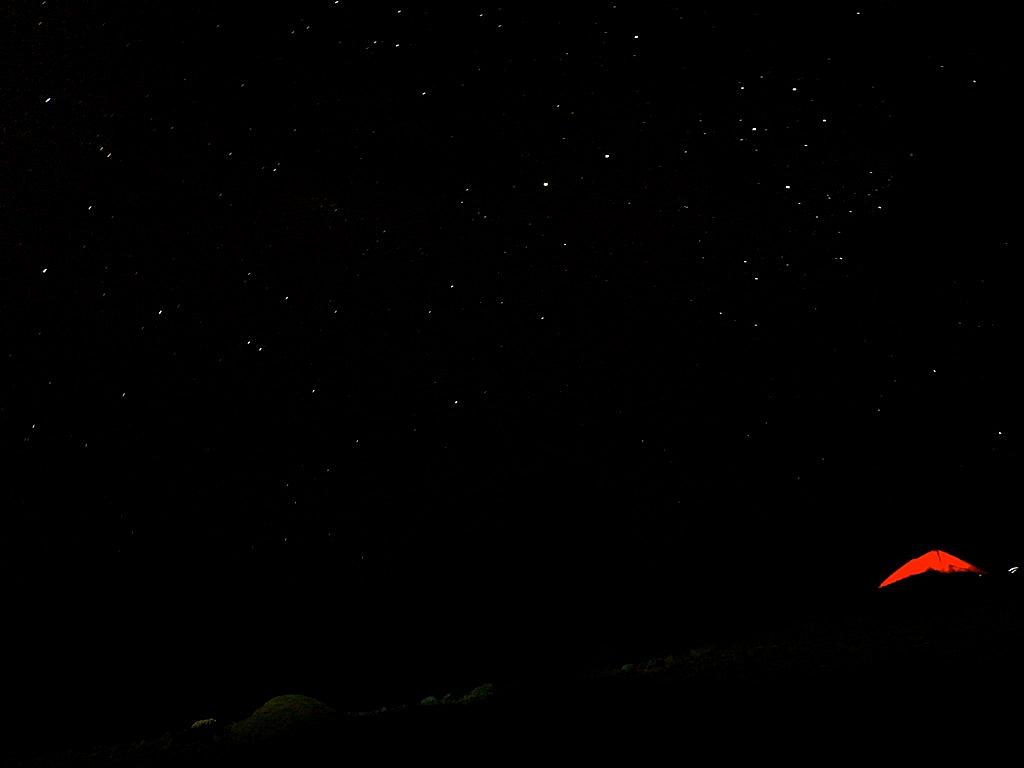 The Dusts of Kilimanjaro

Part I of III

“I just want to take off these pants and take a nap,” I was thinking. Oh, it’s 10am. Yes, 10am is in media res of the longest day of my life (well, technically two days, but since there was never more than an hour of sleep, for the sake of the story I’m counting it as one).

The camp to which we returned, even more so now than the previous day, greeted our exhaustion with the face of a refugee camp. The shale beneath our feet clattered together like broken glass. The fog weighed on our bodies much the same way the delirium of the past 12 hours clouded our souls. The only deus ex machina I craved was the appearance of my sleeping bag and breakfast. 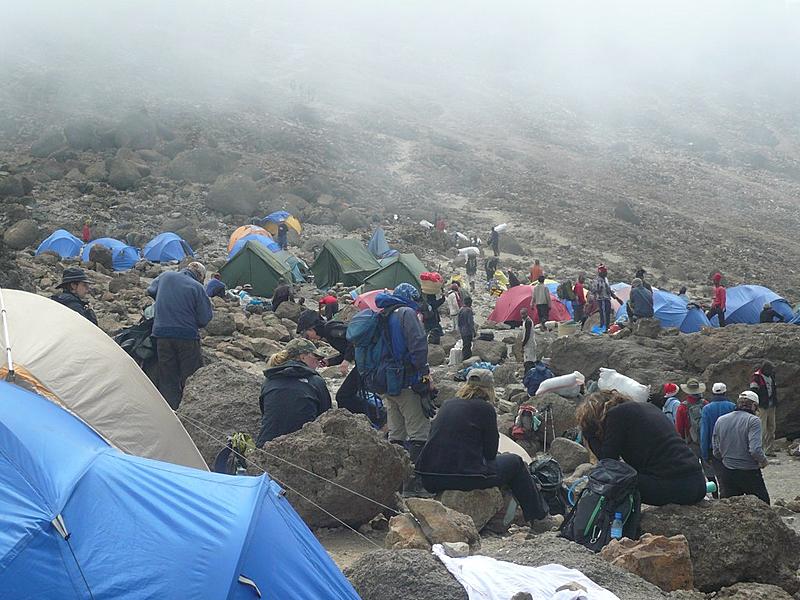 The previous day had begun much like the prior four days. At six we were awakened for morning tea in our tents followed by breakfast. We packed up our gear and began ascending the mountain once again. After about four hours of hiking we reached Barafu camp, which, as I mentioned earlier, resembled a refugee camp. We took our lunch and relaxed for a while.

Fortunately for us, today’s and the previous day’s treks were broken up, unlike the trek of our friends Brian and Alex, who were taking the six day Machame route. (The seven day trip gives you slightly more reprieve on these two days.) We had met them the first day, and they had continued to appear from time to time to provide us our comic relief. This particular Rosencrantz and Guildensternian (or if you are more geekily inclined, C3-P0 and R2-D2ian) duo hailed from Ireland. 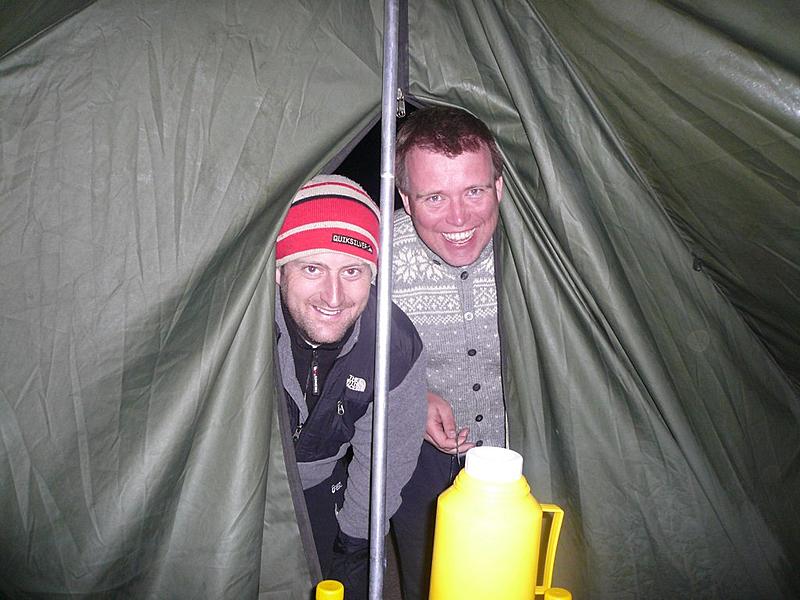 As many an Irishman is wont to do, they enjoy their whiskey. They had brought with them a small bottle of whiskey with which they planned to toast their success. Our paths once again crossed as they were coming down from the summit. They informed us that, although they had both successfully reached Uhuru Peak, their fatigue had prevented them from imbibing at the top.

We hoped our plans for the top would be more successful. Willem, our favourite South African, was 44 at the beginning of the trip. He had planned it so summit day would fall on his 45th birthday. To celebrate he was carrying a cupcake in a small tupperware tin to enjoy at the peak.

After a light dinner, we all retired tour our tents for a short nap. Around 11pm our guides roused us from our slumber. By midnight we had donned our gear, and we were on the trail again. 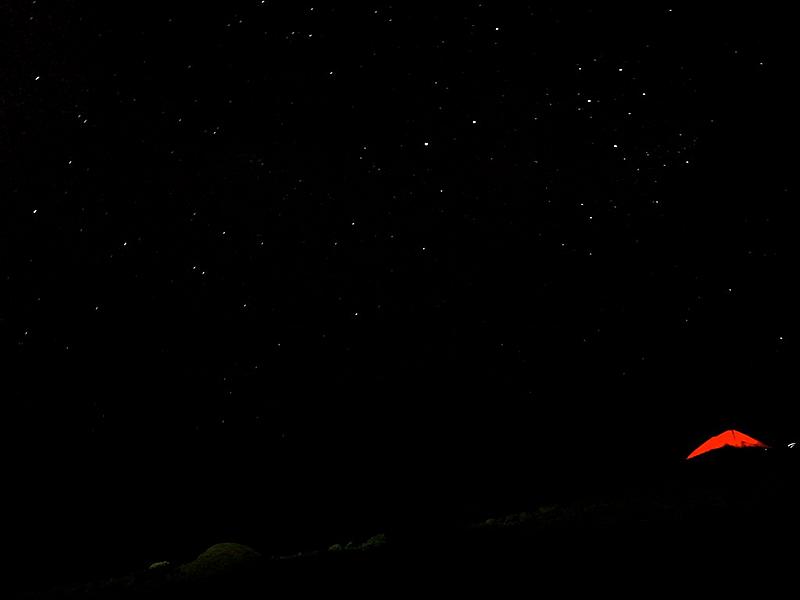 We ascended in the dark with nothing but our headlamps to guide us. Anything further away than a few feat became obscured in the darkness. When we looked up the mountain, other than the slight movement of the lights, it was difficult to tell in the firmament above where the headlamps of the hikers ahead of us stopped and where the stars began.