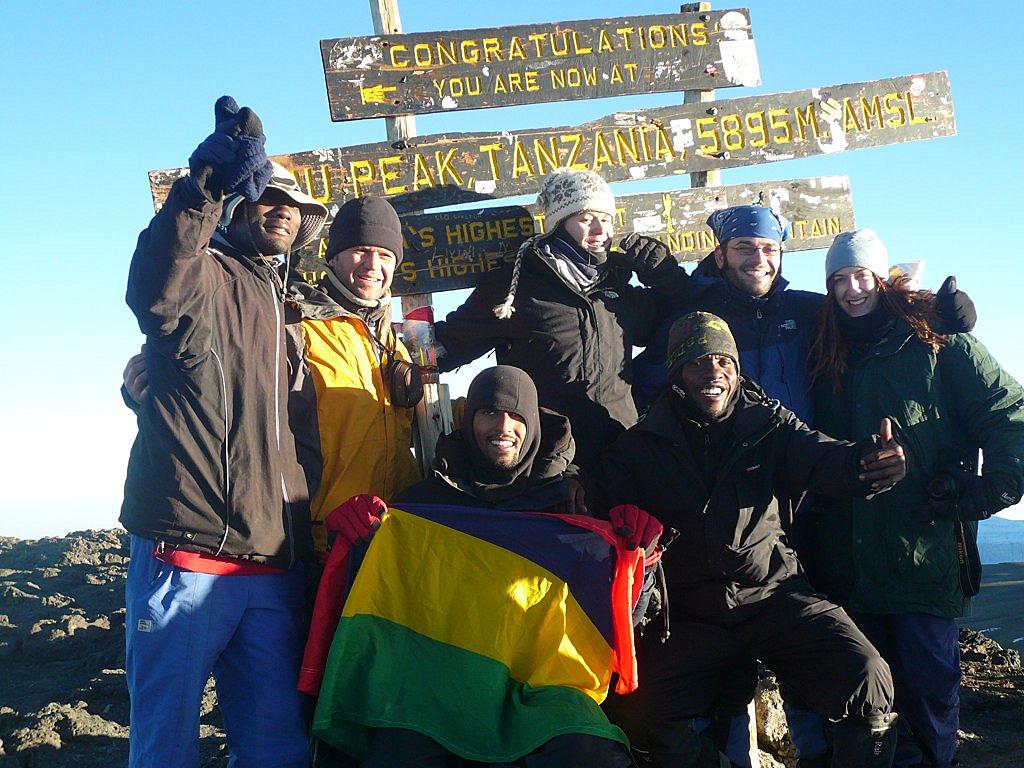 The Dusts of Kilimanjaro Part II

Unlike Dante’s ascent up Mount Purgatory, this didn’t get easier as we climbed closer to the peak. As we climbed higher and higher, the terra firma beneath our feet became less and less solid. Hemingway and others always remarked on the snows of Kilimanjaro, but they had obviously never climbed it, otherwise they would have known there was more dust than snow on the slopes. As we reached closer to Gillman’s point 5685 meters above sea level (18,651ft), our feet began to sink into the dirt. Each step forward was like walking on sand, sliding you half a step back down. It was near this point that I last checked my thermometer. 10ºF it read still nearly 1,000 ft below the summit (still a couple miles horizontally from our goal).

I had been carrying a down coat in my bag thinking I would need it, but my many layers of Polartec, Smartwool, fleece, and Gortex (product placement: REI and 3M, where’s my money?) were thankfully keeping me adequately warm. I can’t say the same for my chemical hand warmers, which apparently don’t work well in low oxygen. But my coat did come in handy for my less warm-blooded companion, so I am happy I didn’t carry it for nothing. 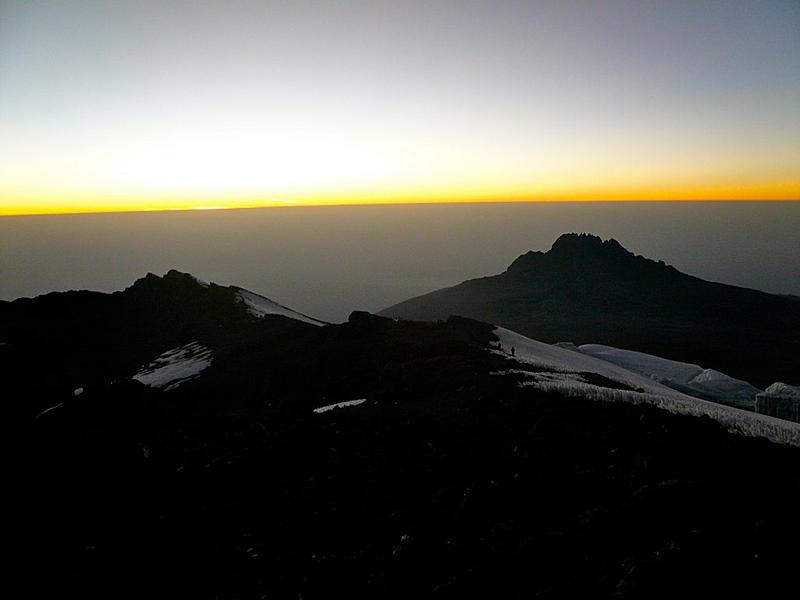 We reached Gillman’s Point around 5:30 or 6am. I had no watch the entire trip, so unlike (or like, depending on your interpretation) Dean Moriarty, I did not know time. Regardless of our human chronology, it was the hour Diana’s brother mounted his chariot for his diurnal expedition across the sky. While it was a spectacular sunrise, our enjoyment was tempered by the arduous trail still ahead of us. 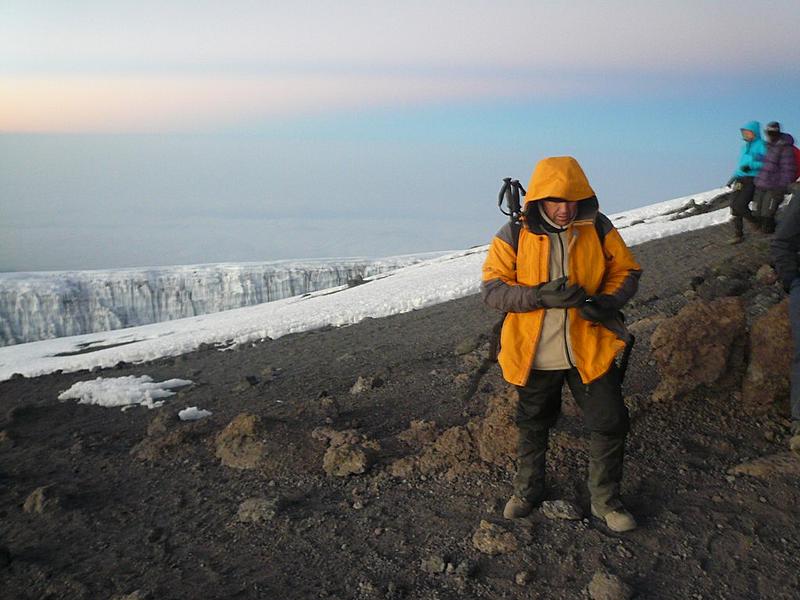 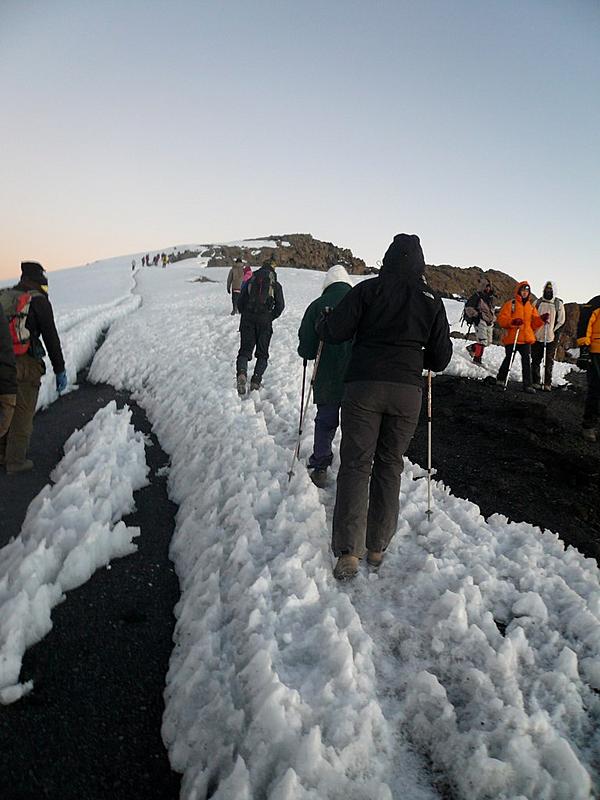 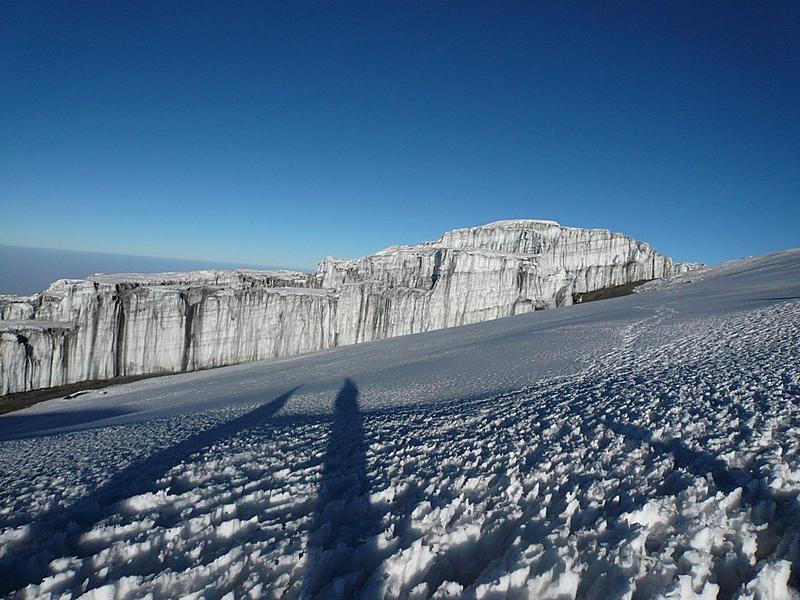 Shortly thereafter we finally found the Snows of Kilimanjaro. While it might have been easier walking than the shale and dust of lower elevations, trekking through snow is no easy task. The snow on the path was tightly packed and worn from years of explorers like us and the temperature rarely rising above freezing. Up ahead of us we could see a crowd of people gathered around a sign most people have only seen in pictures. “Congratulations / You are now at / Uhuru Peak Tanzania 5,895 M. AMSL / Africa’s Highest Point / World’s Highest Freestanding Mountain.” The five of us, with the help our our guides had made it to the summit. 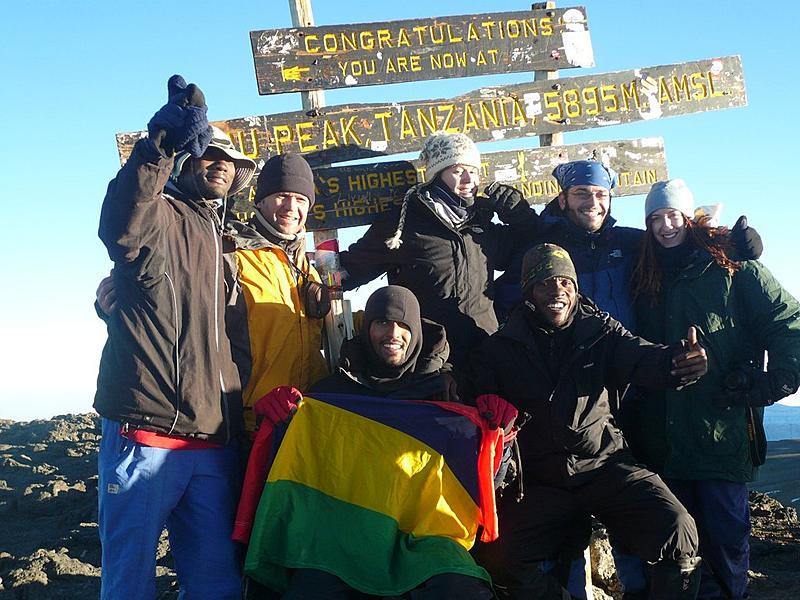 Here at the glory of the summit, Willem revealed his cupcake, frosting, candle, and all. However, much to our disappointment, there was too little oxygen to light the candle. We would have to wait until we reached lower elevation to properly celebrate his 45th birthday. 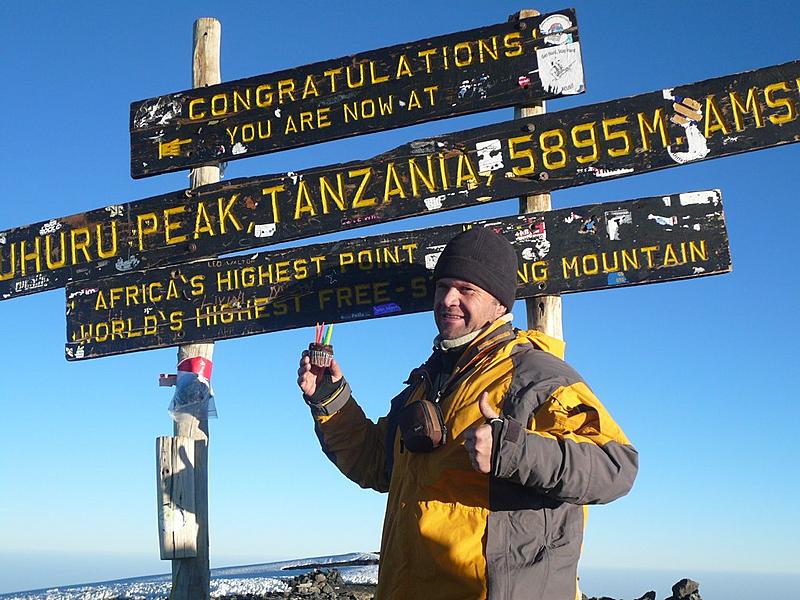