This has been sitting half-finished for a while. While the chances of it getting finished may not be high, at least you’ll see part of it.

It was not a trip for the weak of heart or weak of liver. We arrived on Friday morning after an overnight flight from Chicago. Although we were incredibly jet lagged–eight hours of sleep on a plane doesn’t count as real sleep–we did what everyone advised us to do, and stay up all night forgoing the call of the nap. We did some touristy things that day: visited Westminster Abbey to view the tombs of old famous people. Stopped by Harrod’s to find Brian a nicer jacket than the one his mom had forced on him.

All of you, promise me something. You will never go to Harrod’s during their post-Christmas sale. It was my own personal hell. Room after room of crap I would never consider paying $500 for, let alone £500. You can’t move because of the mobs of people, and there’s not a bathroom in sight. You ask someone, they point you one direction. Go that way and ask someone else. They point you back the way you came. Dante couldn’t have conceived of a worse fate for avarice. 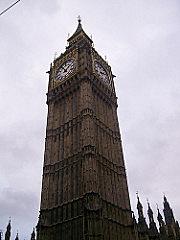 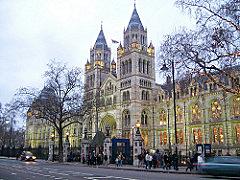 Now that I’ve finished my diatribe on Harrod’s, we can go to the fun part.

The best way to sum of the rest of the trip is to say that from the time the sun went down on Friday evening, we didn’t see it again until it rose on New Year’s Day. As each night turned into morning, we were there to see it. Even though pubs in London close at midnight, the earliest we went to bed was 6am. And the earliest we awoke was 3pm. With the sun setting by 4:30, unlike my return from down below, I did not return with even the slightest bronze on my skin.

Each night of our London escapades brought us to a different area of town with a different crowd of people. Of first night led us from pub to pub, and after the pubs closed down searching from club to club searching for an open one. Unlike here, clubs don’t seem to have a set closing time. They close when they feel like it. Usually they stay bumping until late into the night, but tonight they all felt like closing early.

At the pub, we met two new local friends who made it their personal goal to show us how London parties. After the disappointment of all of their favorite late-night hangouts closing early, we ended up back at their flat. One plays piano and one buys wine for a living. This combination adds up to some very tasty wine and rocking out to random Oasis and Beatles tunes on a fairly out-of-tune piano. Luckily wine makes all sense of pitch and musicality disappear.

(For another hint on the contents of the show, the character in the left photo’s name is Lucy the Slut)

However, the best nights of the trip were yet to come.