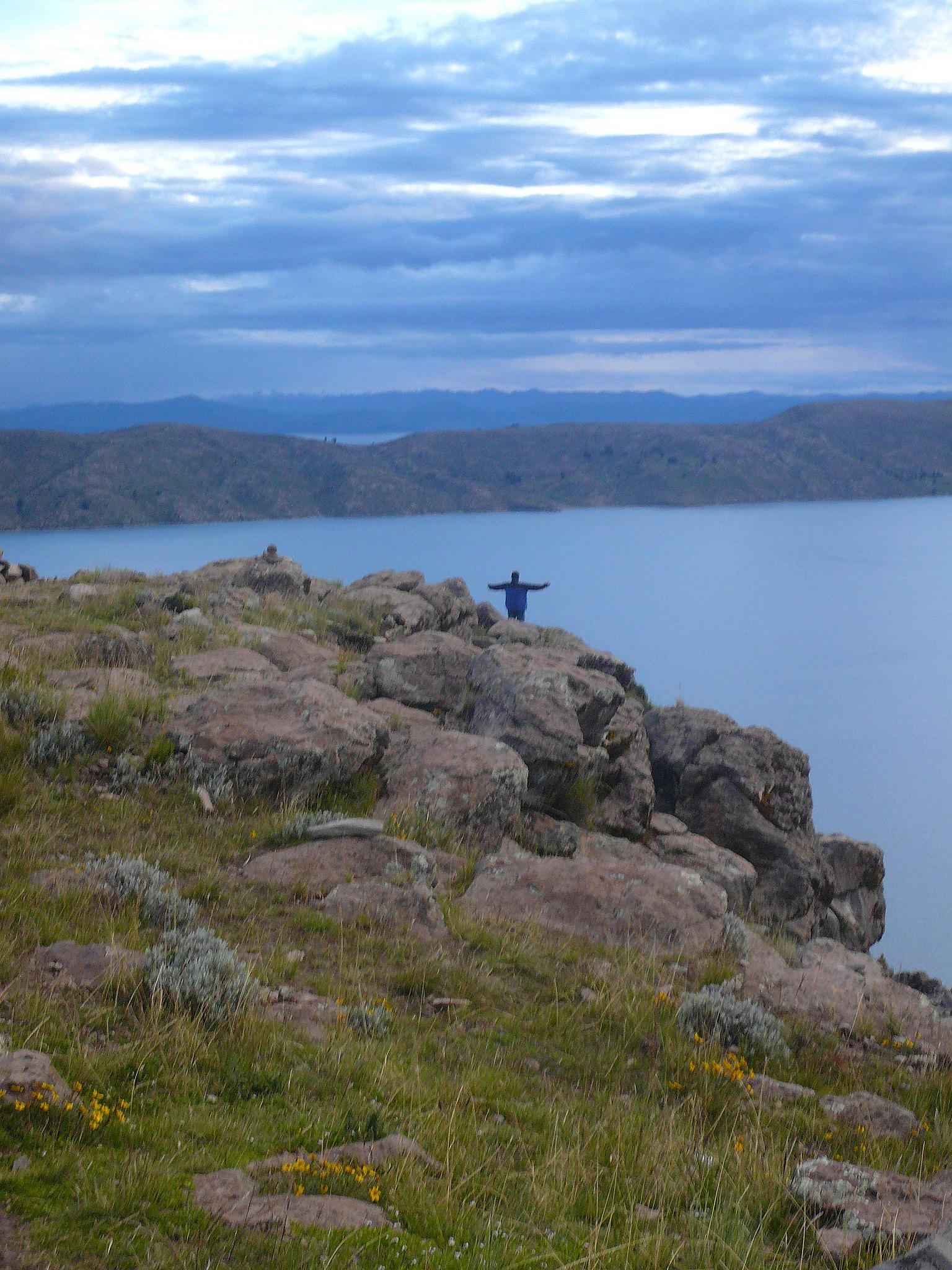 Ever since I was little it’s been impossible for me to say Titicaca without giggling at least a little bit. Even as I stand at its shore, maturity still has yet to grace me. At least it’s complemented by a sense of awe at the immensity and beauty of this tranquil lake. It could just be the lack of oxygen at this altitude, though.

I boarded the bus in La Paz and journeyed several hours before we had to debarque from the bus to ferry across the lake. After reboarding and continuing a little further, we reached the calm lakeside town of Copacabana. The lethargy of the town was evident by how slowly my pizza reached me. I didn’t even have time to eat more than a slice before I had to return to the bus station to travel onward. We crossed the border into Peru, exchanged Bolivianos for Nuevo Soles, and continued on. 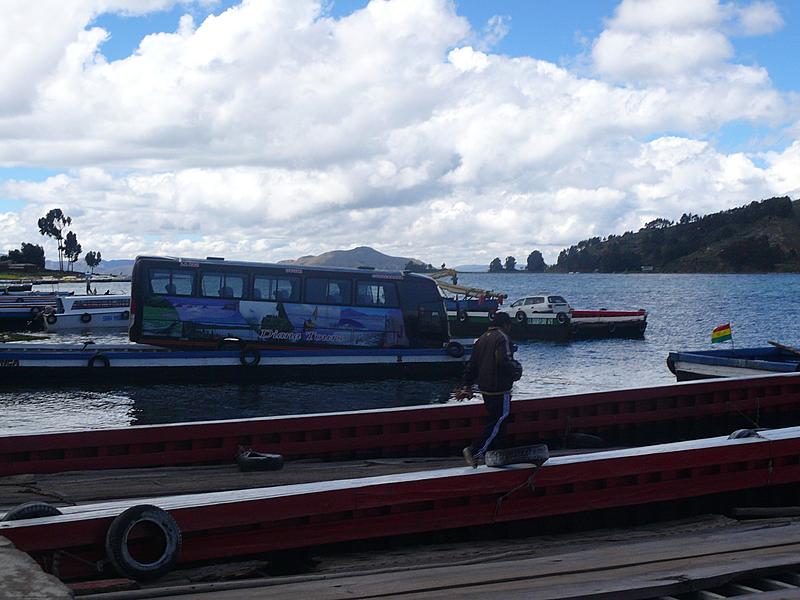 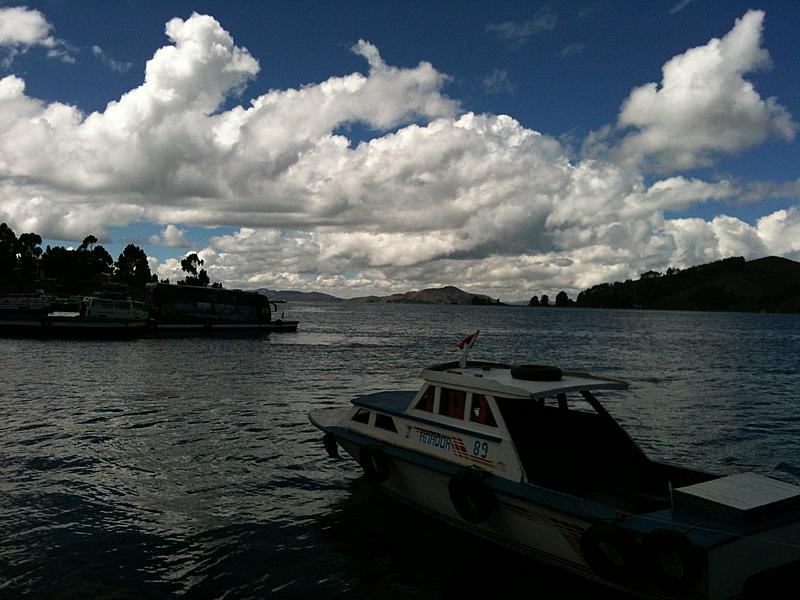 Puno, on the western shore of Lake Titicaca is a dirty town. There is one main touristy strip full of restaurants and bars. Outside of that, the town is gritty and not particularly pleasant. I did stumble upon a real supermarket, which threw me off balance. Imaging a large Jewel or Kroger that also sells TVs and washing machines. It had been weeks since I had seen anything besides kioscos and street carts. Knowing that I would be spending the next evening with a local family, I purchased some gifts of rice, fruit, and cookies for the children. 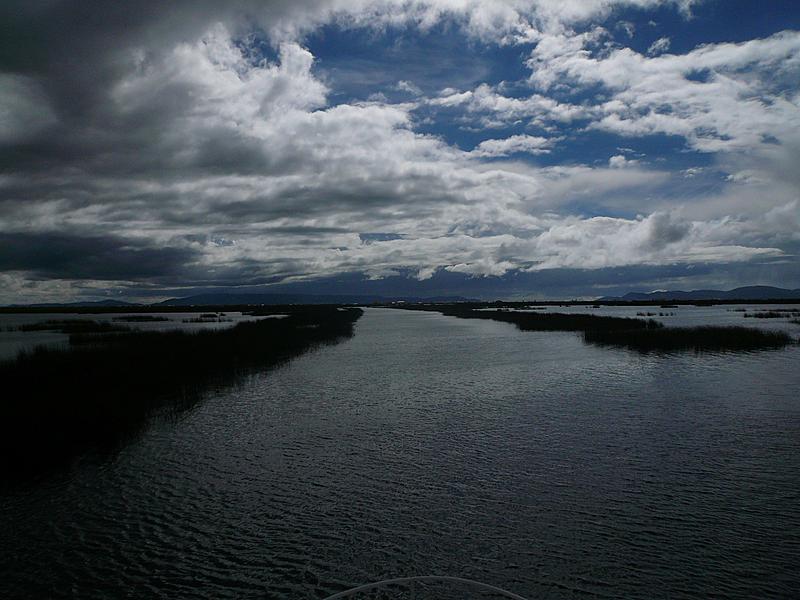 The next morning, I was picked up early to head out to the islands of Titicaca. In the shallows of the lake are the Uros Islands, also known as the Floating Islands. Made of mud and reeds, the natives live in small communities of 3 to 4 families. 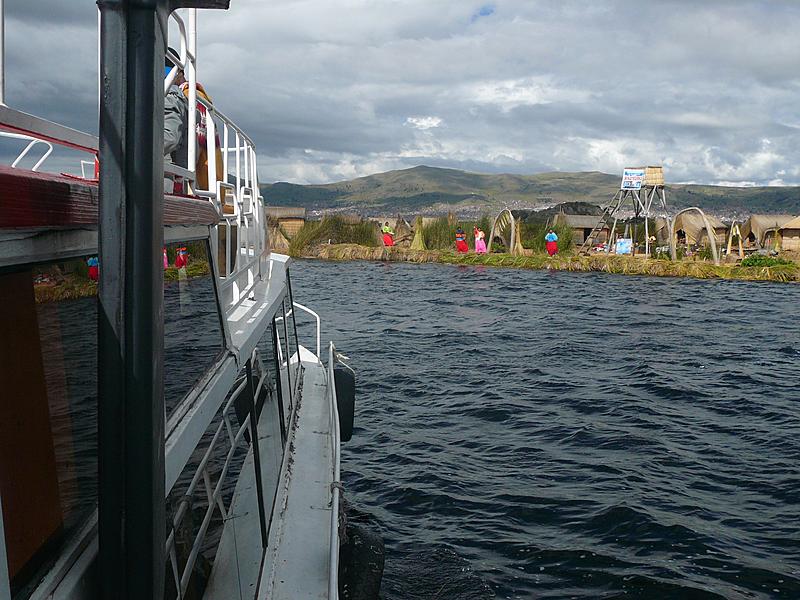 Roger, the “president” of one of the island gave us an explanation of their life and heritage in Quechua while our guide translated. Formerly, their lives consisted primarily of fishing. Now it’s all tourism and handicrafts. The children go to the mainland for school, and very few return home once they’ve grown, leading to a dwindling of the Uros population. In several years, I believe it’s unlikely that anyone will still live there except for a few families supporting the tourist demand. 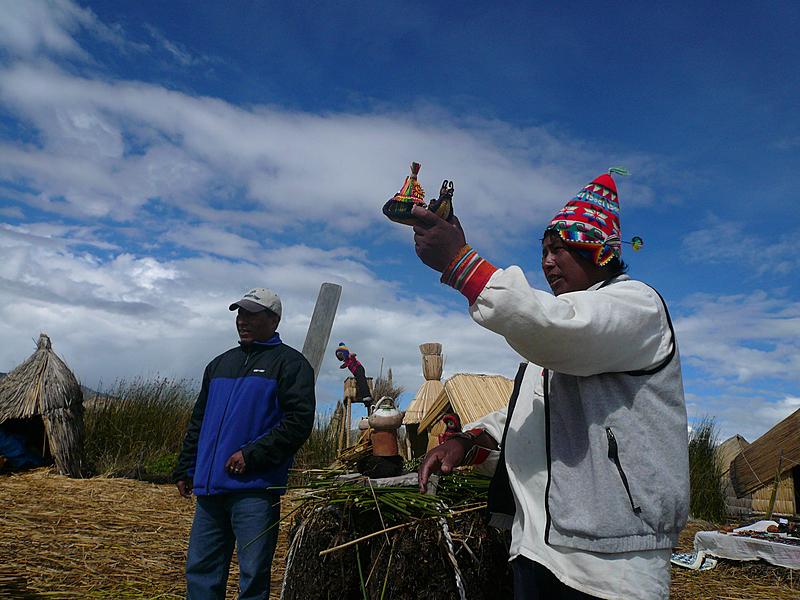 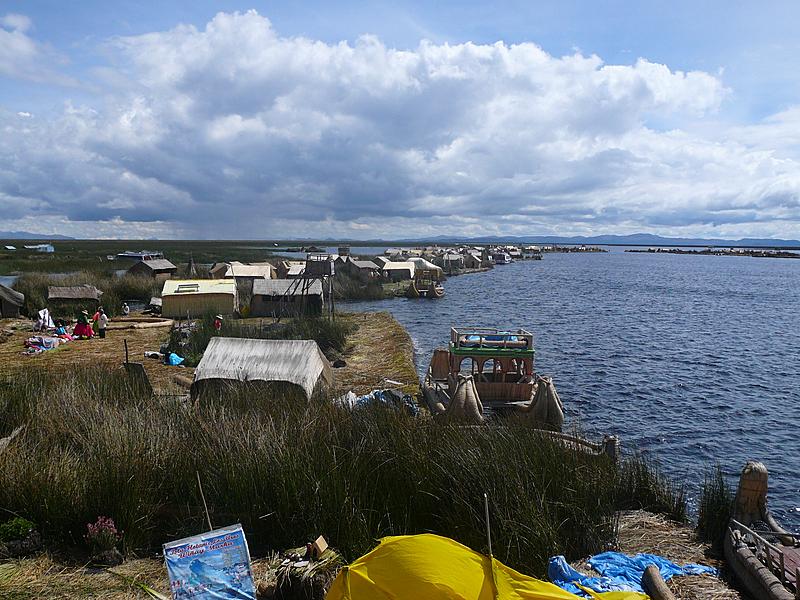 We continued on to the island of Amantaní. Once again, tourism has changed their way of life, and most families now live on a little bit of farming and the money they make from tourists doing homestays. My family was incredibly welcoming, and the children were adorable. The young girl Barbara (the mother claimed the daughter and her brother Brian’s names were biblical, but I don’t buy it) would constantly pop up cooing ¡hola! 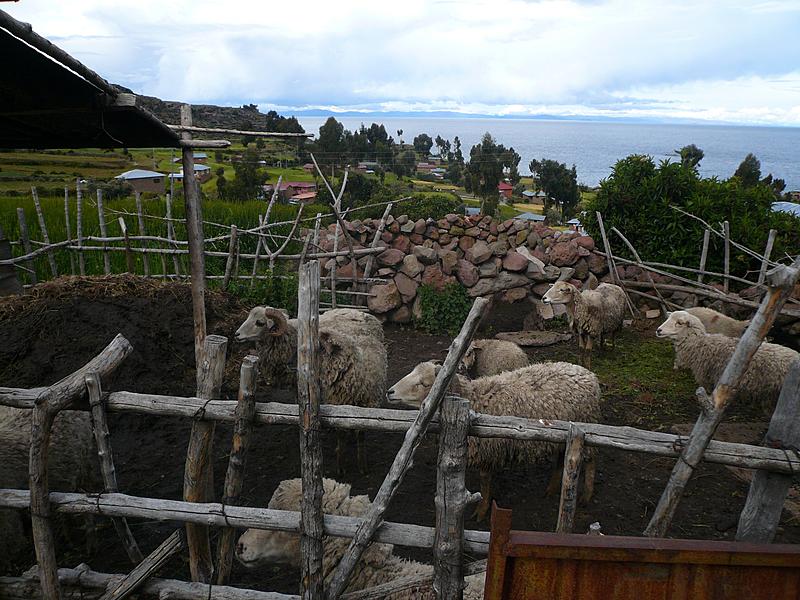 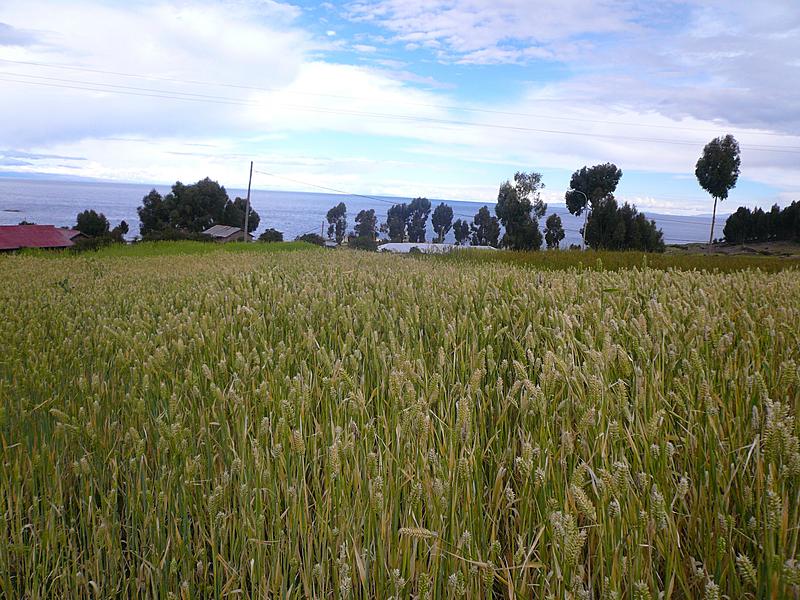 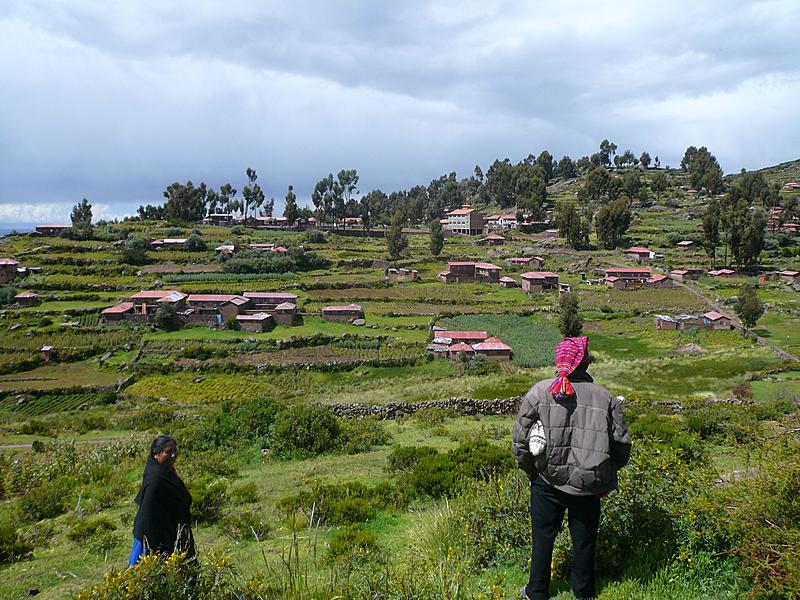 After a meal of local vegetables: 4 different types of potatoes and several roots I’ve never seen before, our group took an afternoon trek up Pachamama (Mother Earth in Quechua). Atop the hill stands a temple where the people come to give offerings to Mother Earth. Looking down at the placid lake below, there is a serene power permeating the air. I almost stopped chuckling at its name. 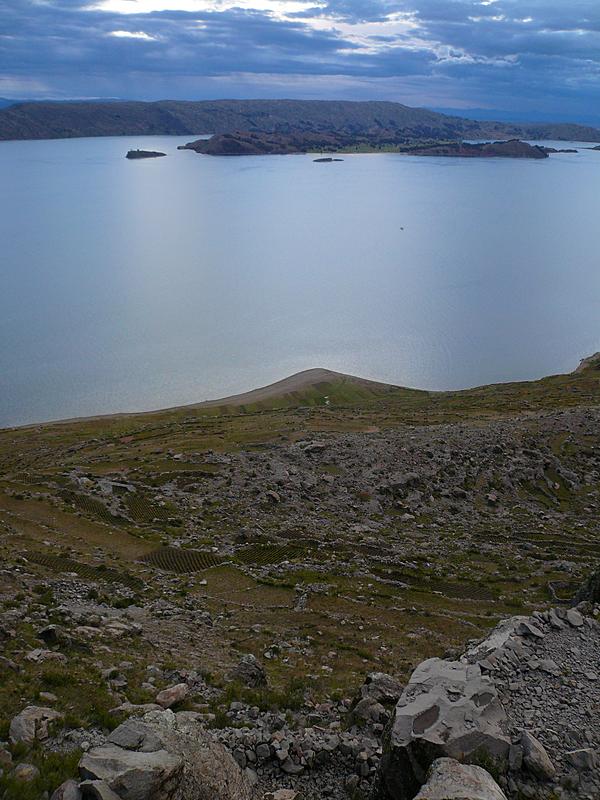 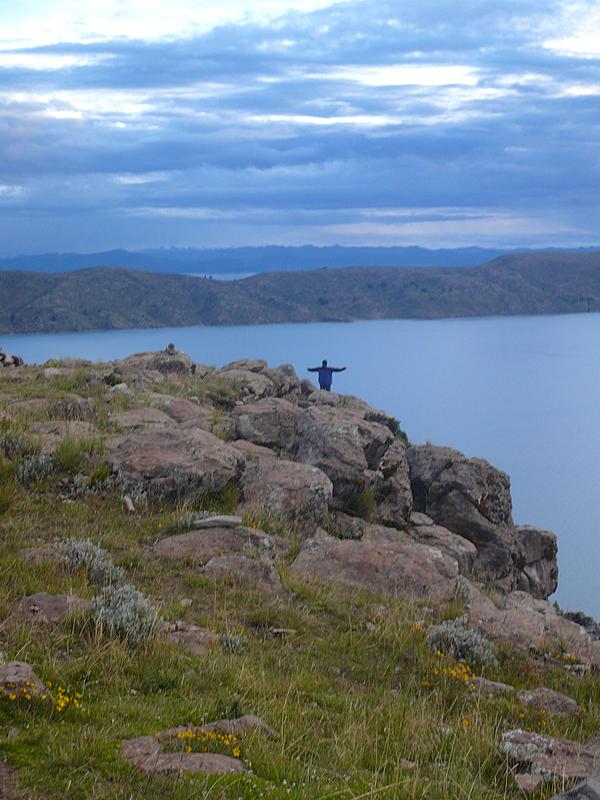 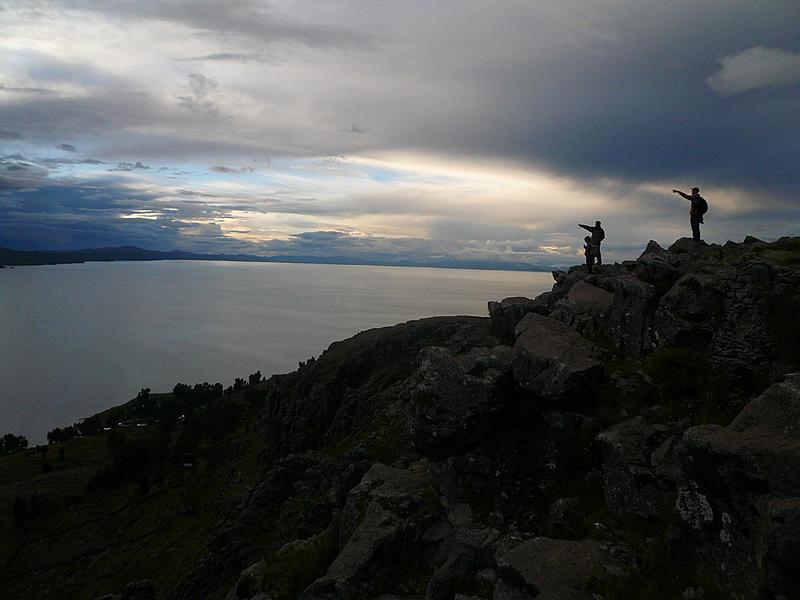 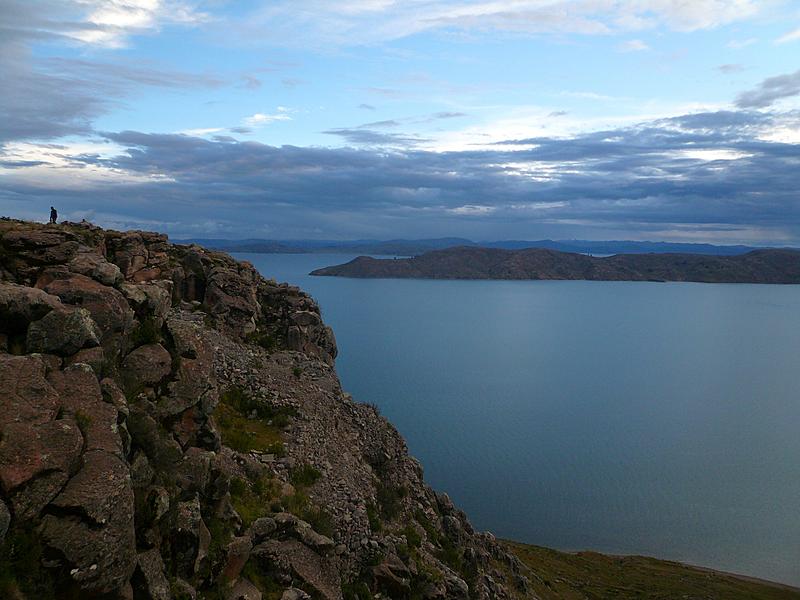 As the sun falls, the peacefulness grows. The blues of the sky mingle with the azur water. The shadow of the temple against the sky darkens. The air begins to grow chilly. It’s time to head back down the hill. It’s fiesta time with the locals. 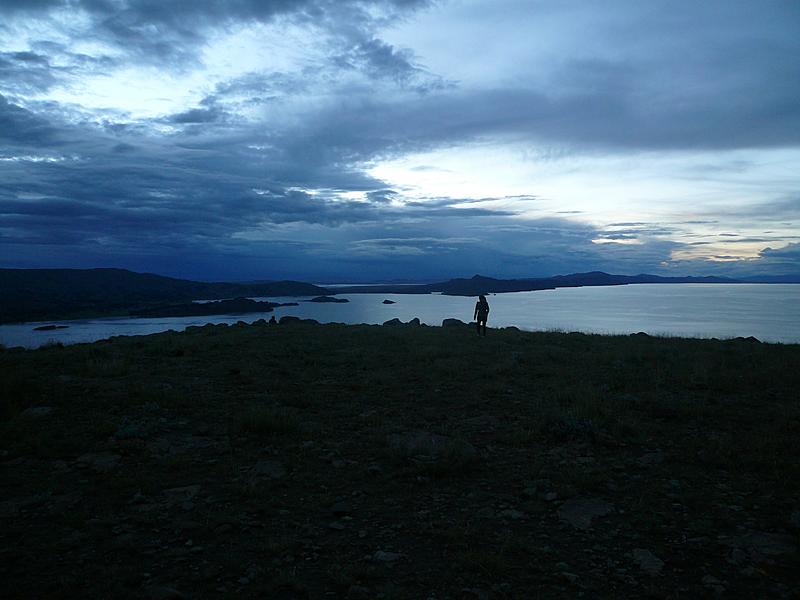