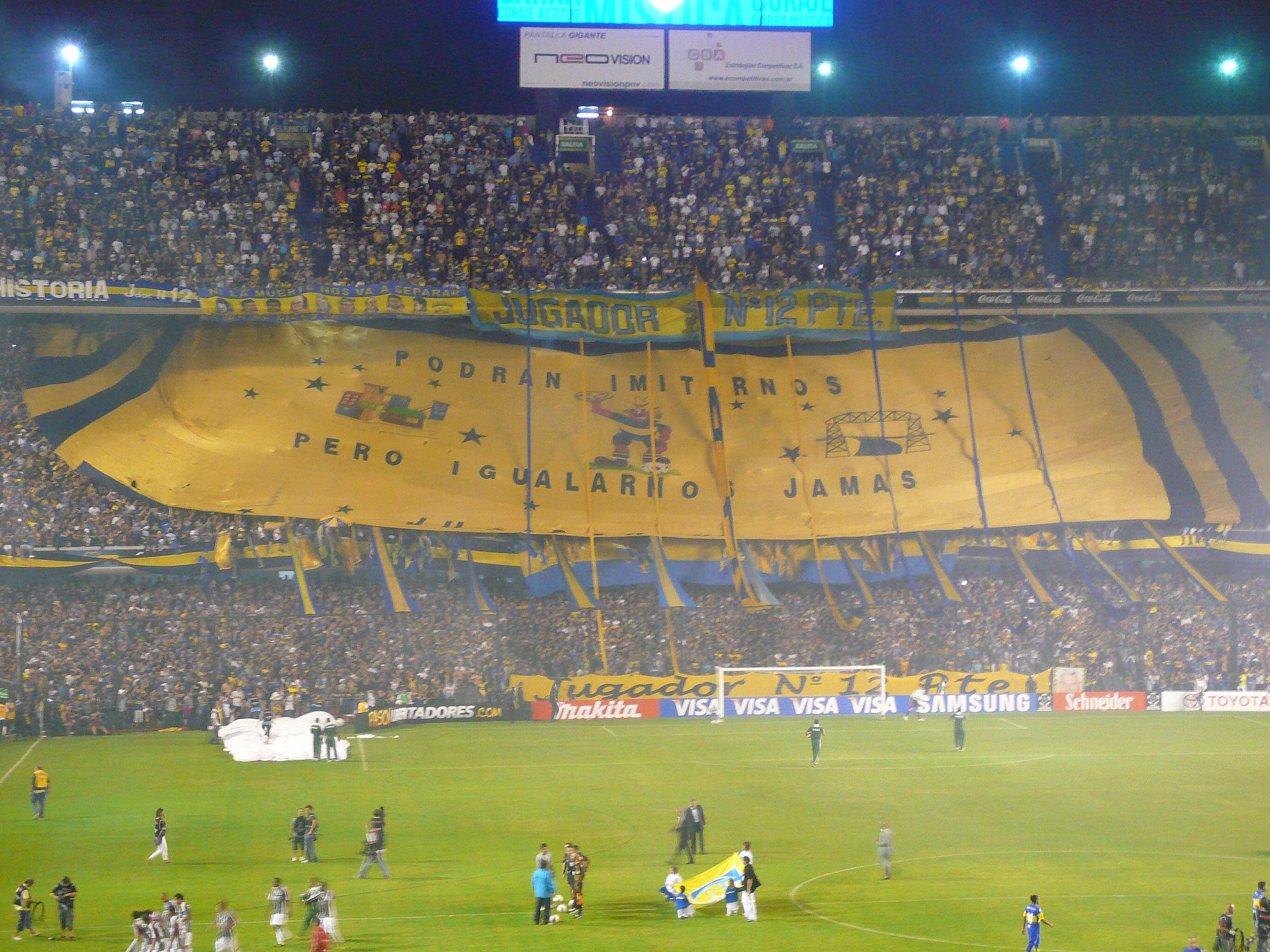 I awoke the next morning with quite a bit of rumbly in my tummy. I don’t know if it was the previous day’s choripan or some bad water, but I had not felt that bad since the Camboian wild beast of ‘06. I had a ticket for the evening’s Boca Juniors vs Fluminense fútbol match and I hoped that I would be recuperated in time. The day was spent in bed, but when 5:30 rolled around, while definitely not at 100%, I was able to man up and make it onto the bus. 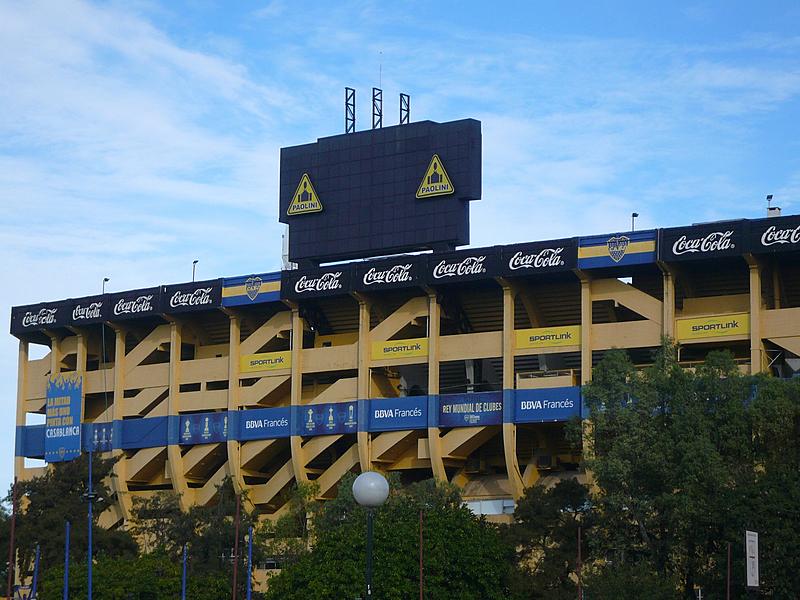 The bus took us to a little bar for pizza and beer (beer is not sold in the stadium). Then we re-boarded the bus. We were going to be sitting in the general admission section and only members of the fútbol club are allowed in, we were each given an member’s card to enter with. It felt like I was 19 again and trying to get into the Keg. 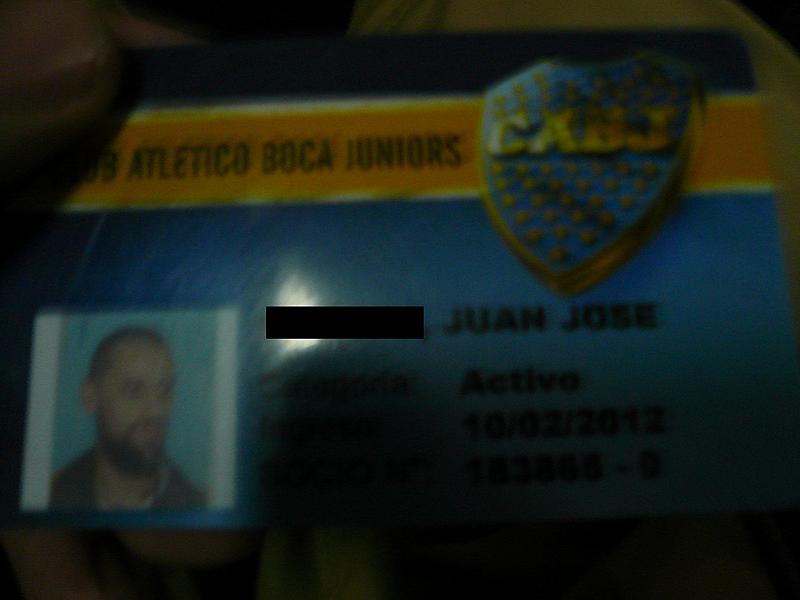 When trying to enter the stadium the card reader would not accept my card. Somewhere along the line, it seems Juan Jose became a member in bad standing. When everyone else in the group had entered, our guide Pato talked to one of the ticket-takers and we were able to enter on his card with both of us going through the turnstile together. Never have I felt so close to the Argentinian people. 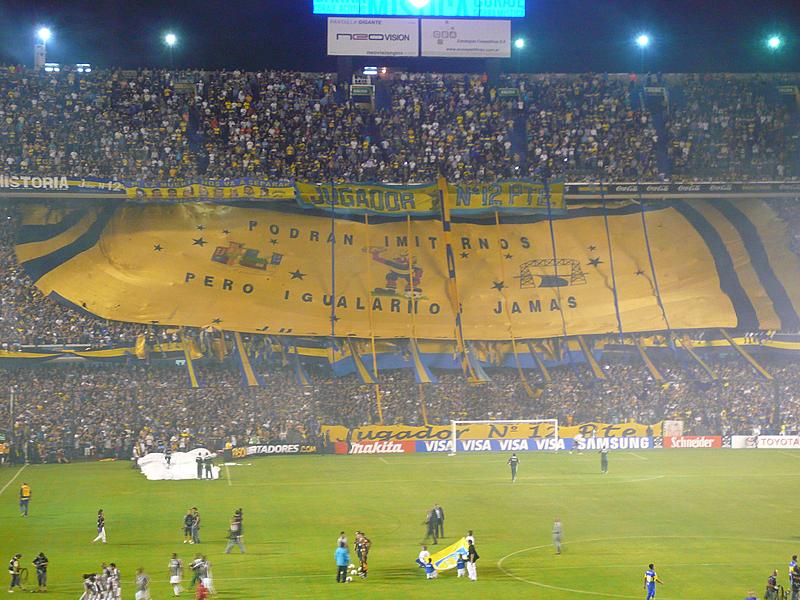 We had arrived almost 90 minutes before the match started in order to ensure that the group could sit near each other. With no beer sold in the stadium, there wasn’t much to do for the hour and a half, but as we reached the one hour mark, the crowd began to get fired up, and the songs began. The singing continued until well into the first half interrupted only for the team announcements and fireworks. 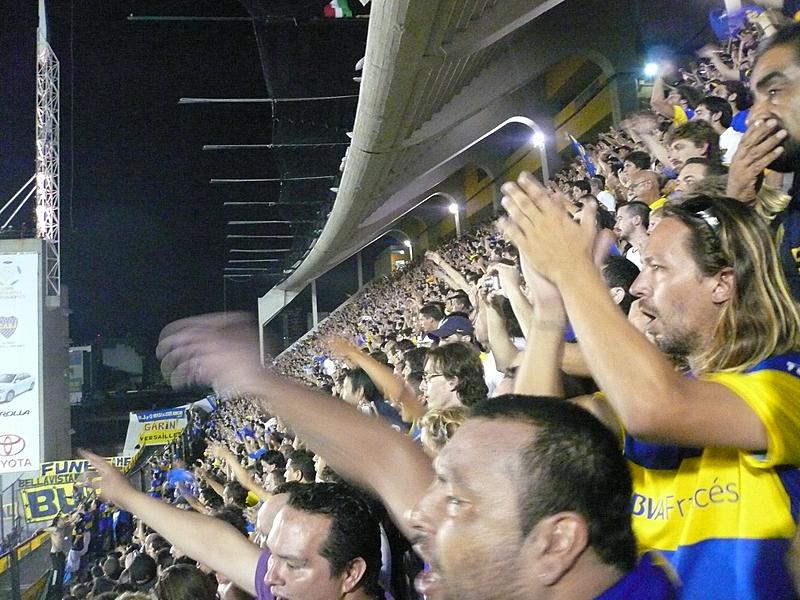 The ambiance of the Boca Juniors stadium was incredible. Everyone was having a blast and cheering on the team. In the end, even though the Juniors lost, the crowd seemed to not notice and still continued singing the songs with almost stronger fervor. That, to me, was the most fascinating and amazing part of the experience.

I would highly recommend to anyone who goes to Buenos Aires to go to a Boca Juniors game if they’re in town.