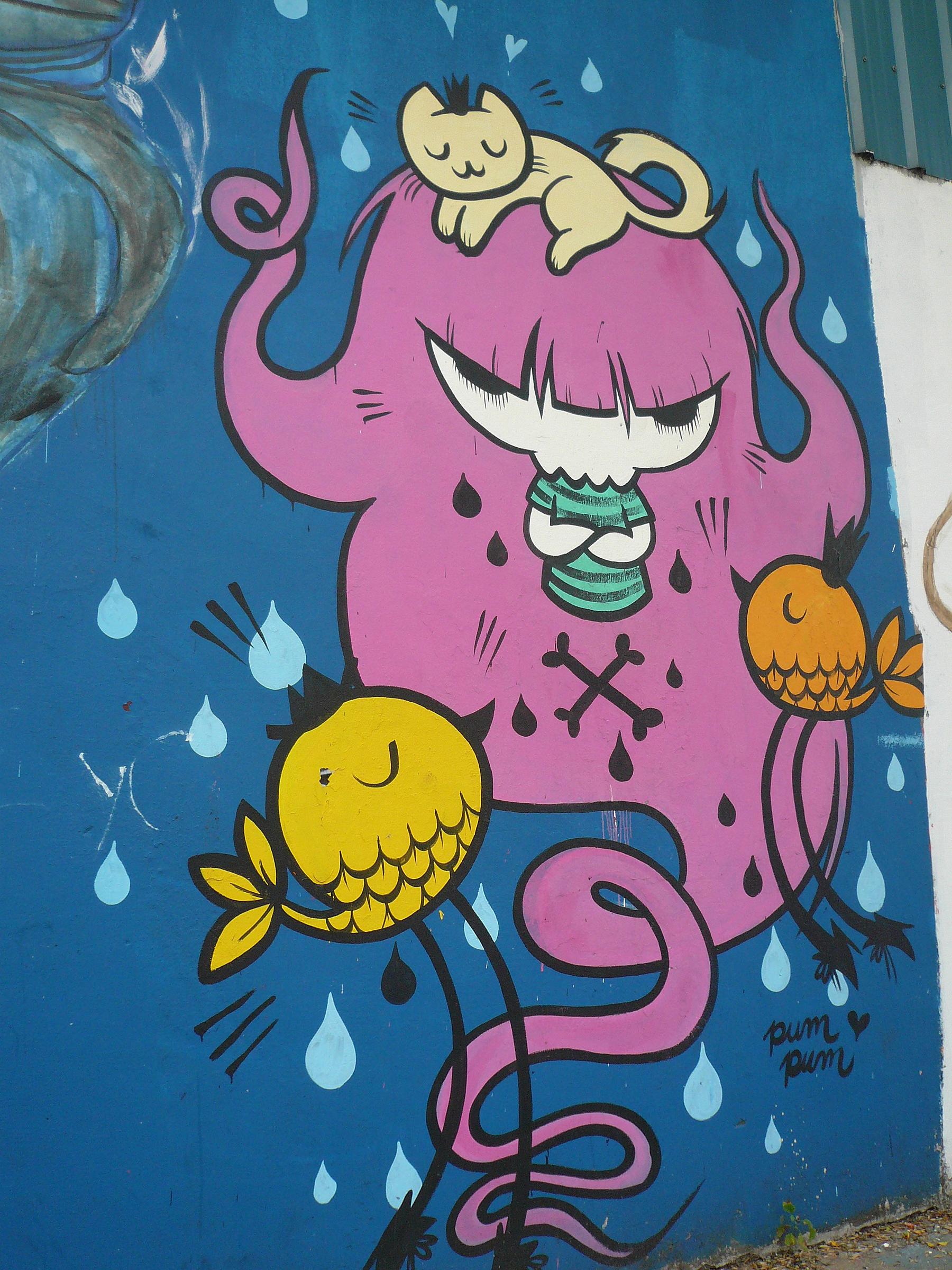 In Buenos Aires, graffiti–or rather street art–is not illegal, and is in many areas and situations encouraged. Several restaraunts, artists’ homes, and public spaces are covered in murals. All have been allowed by the property owners and many were even commissioned.

The best tour I took in BA was the graffitimundo tour. Graffitimundo is a non-profit organization, and all the money they bring in from the tours goes to helping and promoting the artists.

The tour began where several artists live and work as animators. One evening after many drinks, they convinced the owner to allow them to paint the house. Here was the result: 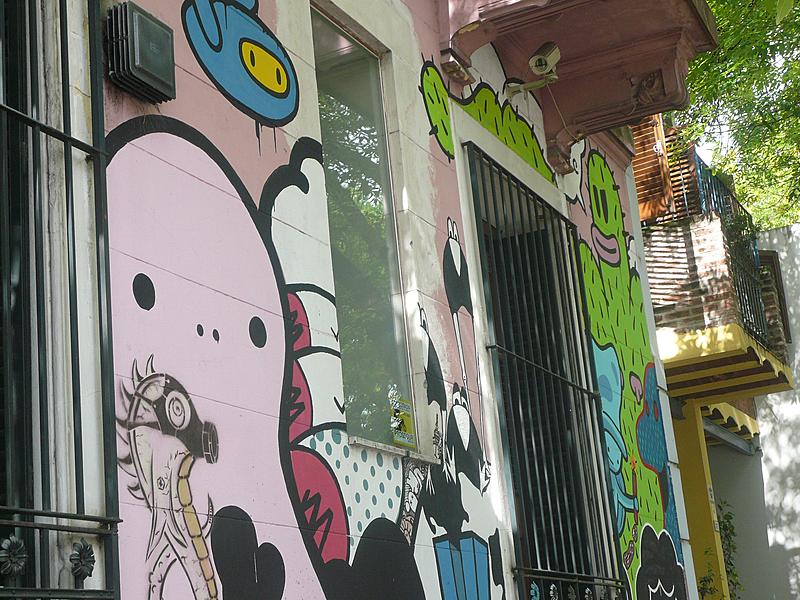 After seeing the work, several other property owners in the area (of proper athetic mind, of course) asked to have them paint their houses as well. 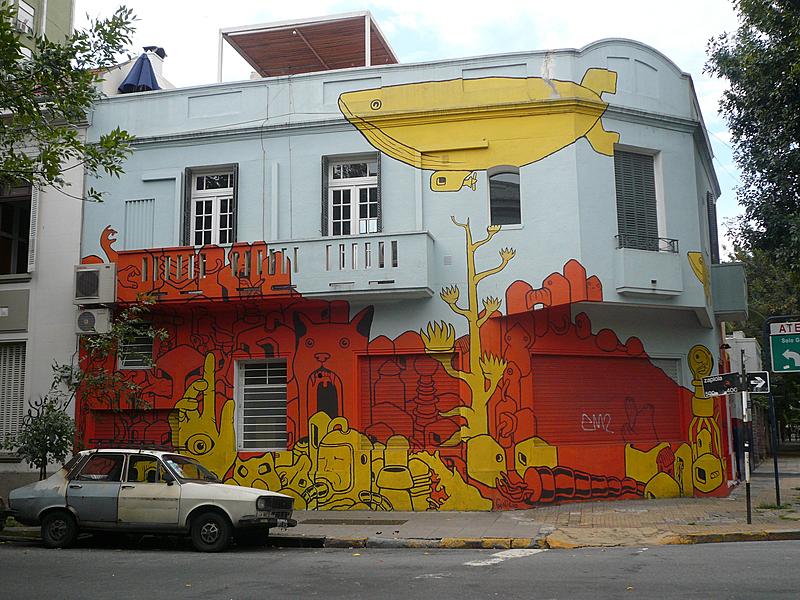 We toured around and saw several of these walls. As we continued on the tour we came to recognize the differing styles of the artists. 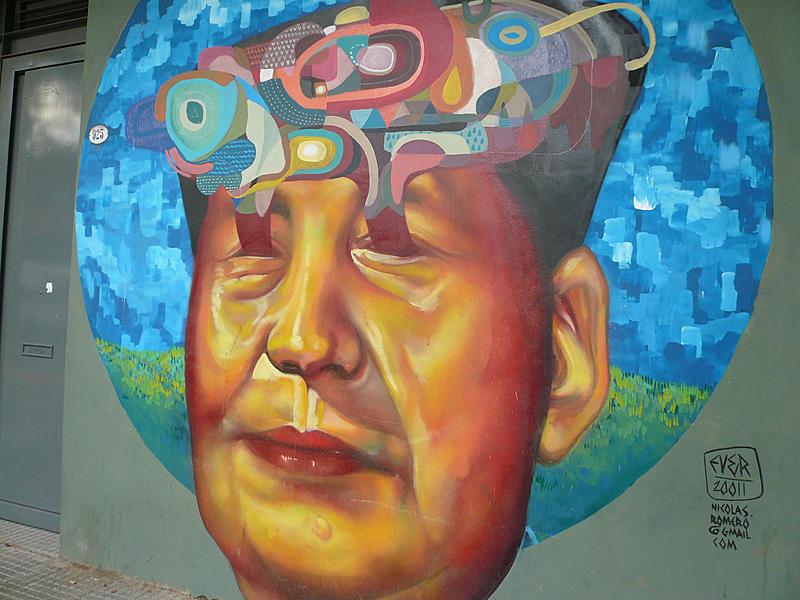 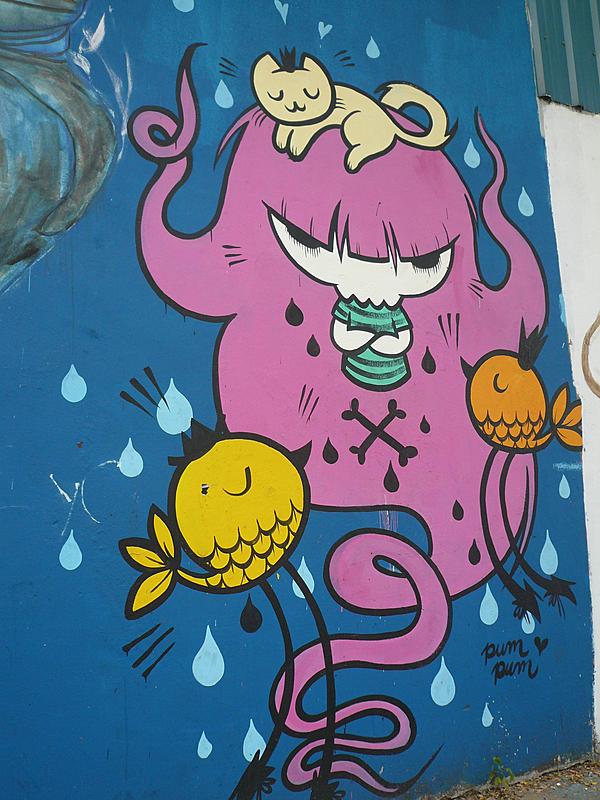 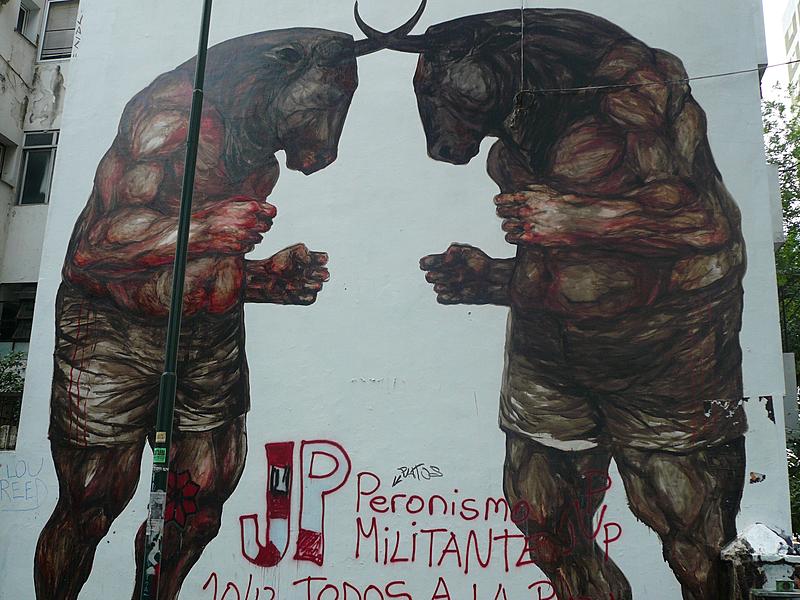 One of my favorite stories from the tour was about a bus station. Three of the artists approached the station owners about painting the walls. Three times they were refused. I believe it was Ever’s mother that stormed into the station and using her stern Argentinian motherly way persuaded them to allow her son and friends to paint the walls of the station. 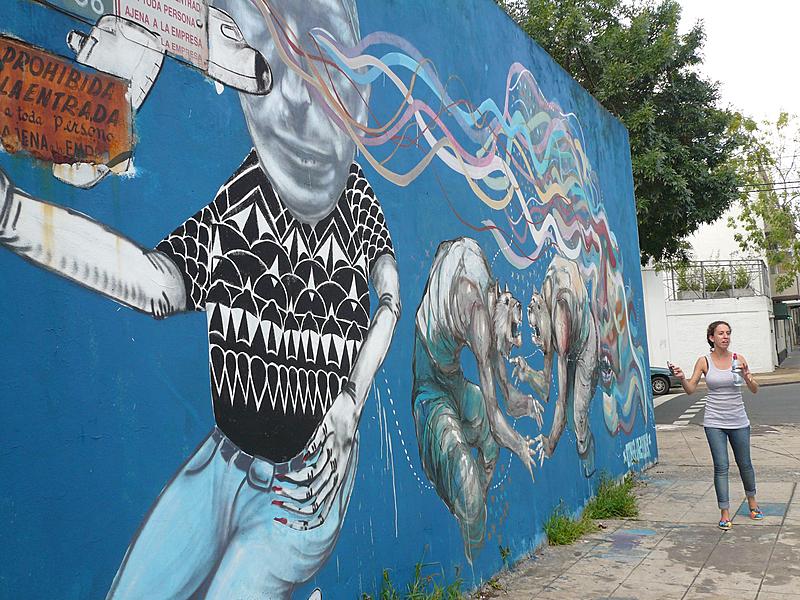 The tour ended at Post Bar (1885 Thames). When the proprietor bought the building, he realized that he had tons of extra space and a terrace that he did not plan to use. He offered the street artists use of the space as a gallery in exchange for painting the front of the bar. Now, whenever the artists have their friends in town, the guest artists add a little something up on the terrace walls. 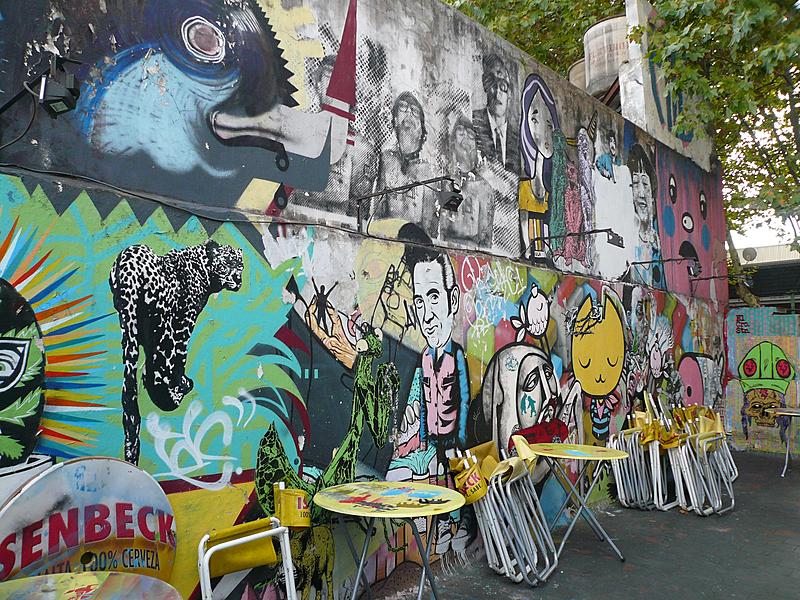 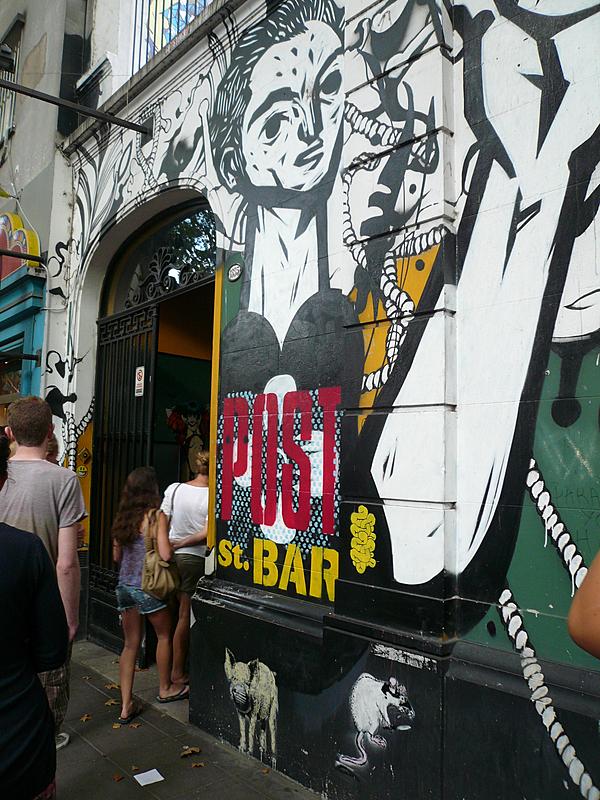 I highly recommend the tour to anyone visiting Buenos Aires. The beautiful thing is that the artists are constanly painting over their previous work, so if you go in a few months you’ll get to see very different art from what I experienced.

Also, while I’m normally not one to comment on these kinds of things, I do need to note how wicked our guide Cecilia’s shoes are: 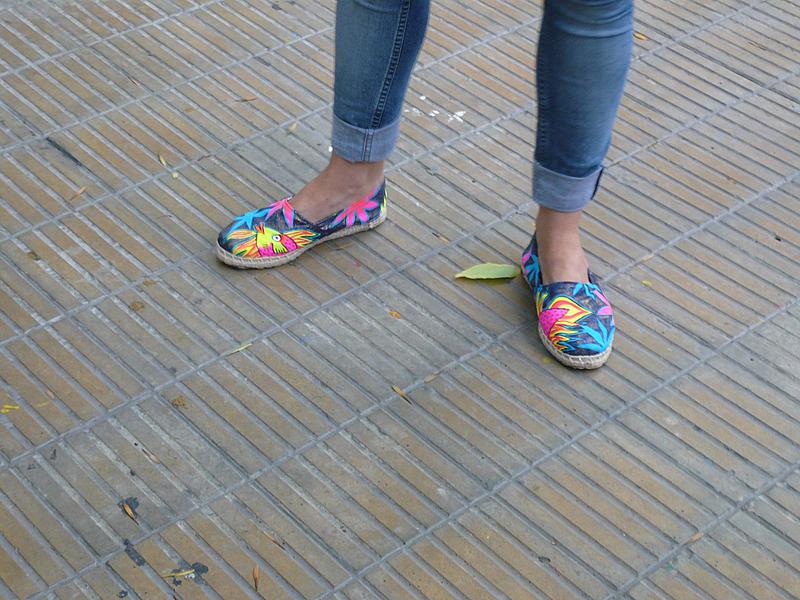