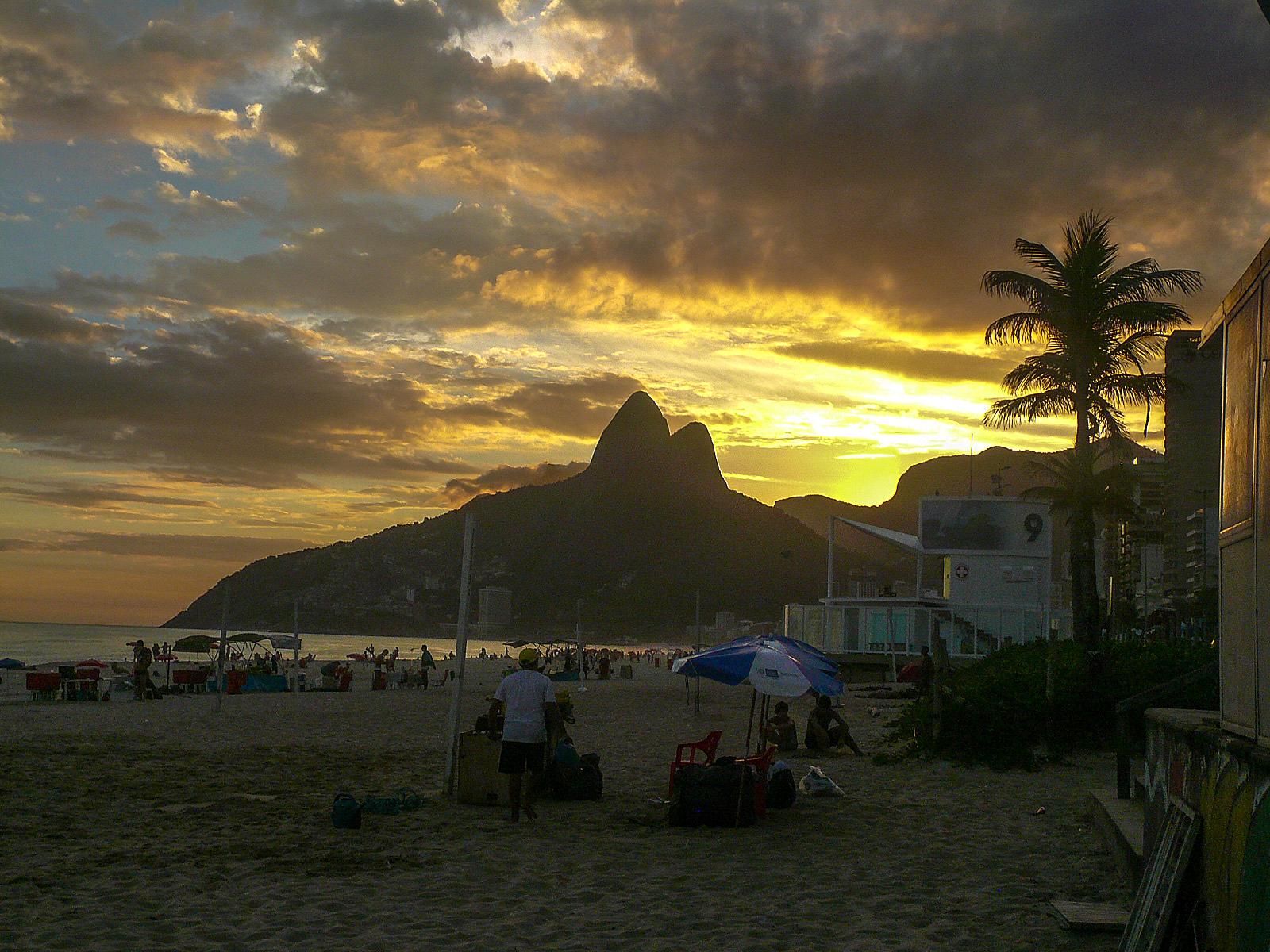 Rio de Janeiro, the city that got the 2016 Olympics over Chicago. After spending several days there, I can confirm that Chicago would have been the much better choice. While the beaches are nice, and there is a good energy to the nightlife, the city is filthy and ridden with crime (we met a Chilean guy who was robbed at knifepoint at 3pm getting off the subway). They don’t even have enough hotels: they’re bringing in cruise ships to fill the void.

Now on to the good stuff.

Leaving at 9:30am from El Calafate and not arriving in Rio until 8pm was not the way I wanted to spend my St. Patrick’s Day. I arrived at my hostel in Lapa, which on first glance is a pretty seedy neighborhood (it’s actually still a dodgy neighborhood even on the 20th glance). It is the place to be on Friday and Saturday nights though. Every weekend there’s a giant street party out by the aqueducts. Plenty of streetmeat, cheap beers, and music. 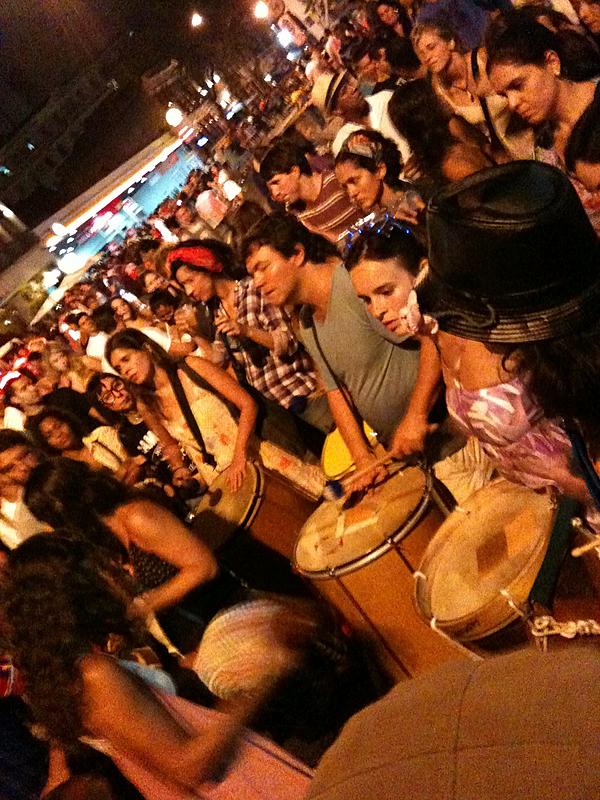 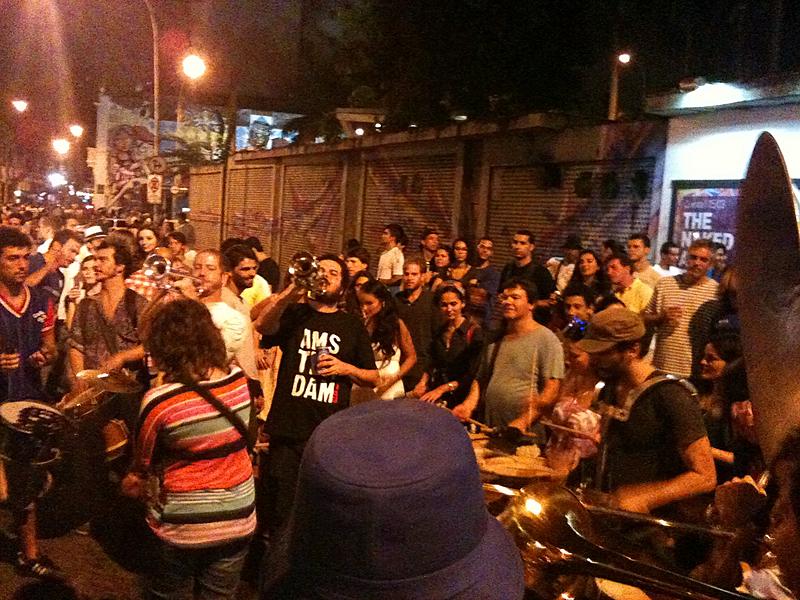 I found an Irish bar, but it was over capacity and the local beer was too cheap and easy to come by, so I forwent the Guinness. Victoria and I went to the Irish bar a couple days later only to discover too late that a pint runs for R$25, or approximately $12, making it the most expensive Guinness I’ve ever consumed. At least it was poured correctly, even if it tasted a little funny.

Around 2am I headed to bed, but I could still hear the party on into the early morning.

Victoria had arrived late, so we met up in the morning. We decided to spend the day wandering. Walking through Lapa on a Sunday morning was a very different experience than the night before. The area was dead, most of the business shuttered for the day. It definitely did not feel like the safest area, even though the previous night I felt very secure with plenty of people and police around. Once we reached the water, it was a different world. There is a great running path (it reminds me a lot of our lakefront path in Chicago) and there were plenty of people out enjoying the beautiful weather.

I believe we walked close to 10km that day. We just kept going and finally arrived at Copacabana (I had three songs stuck in my head the entire time I was in Rio: Copacabana, Girl from Impenema, and “>LMFAO’s Sexy and I Know It). I had expected to be blown away by beautiful Brazilian women in tiny bikinis. While they did exist in small numbers, we were greeted primarily by fat hairy men in speedos. Even people who arrived in board shorts would have speedos on underneath. Rio should have disqualified from the Olympic bid on men’s beach attire alone. 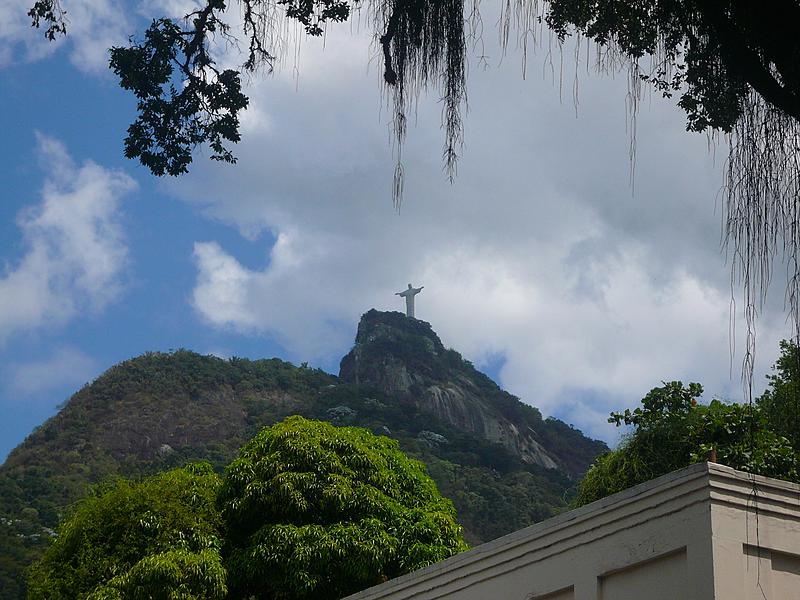 The next day we journeyed to Corcovado, the site of the iconic Cristo Redentor (Christ the Redeemer) overlooking the city. You can see it from many areas of the city, at least when He’s not hidden behind the clouds. I would guess the Brazilians are much more likely to sin on rainy days. We took a tram ride to the top, and wandered around the monument. From atop Corcovado, Rio is indeed a beautiful city curving around the beach and giant hills jutting up. From here you don’t see the grime and crime and permeates the city from within. 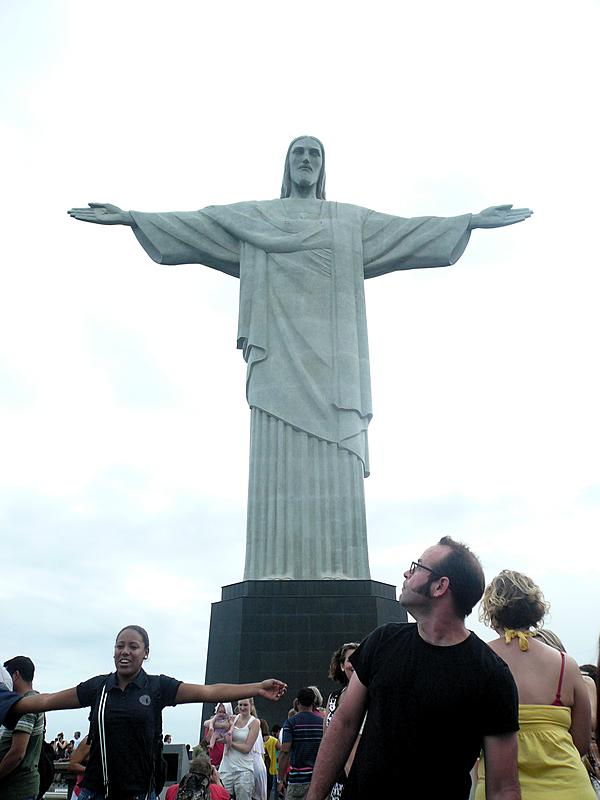 Sometimes it feels like Jesus is watching over me. But mostly when in Rio on clear days. 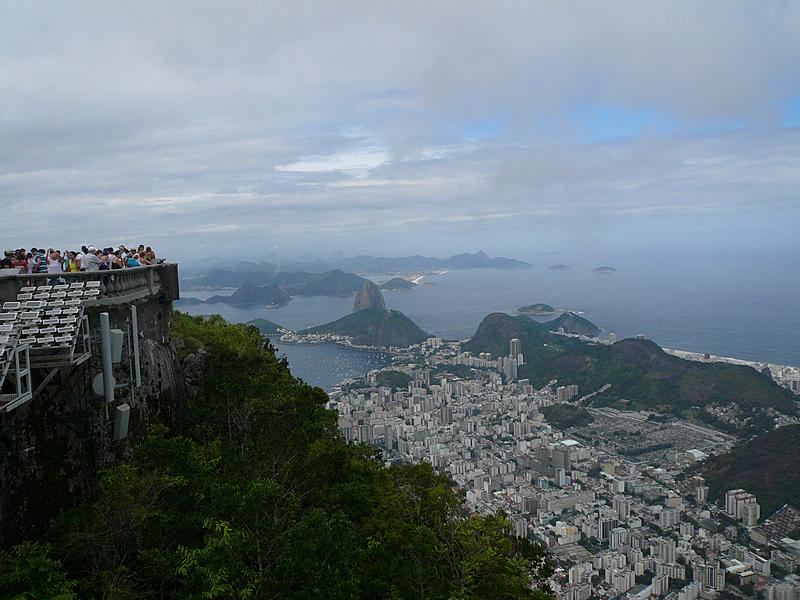 Our third day was beach day. I was sunburnt from the first day, so we opted to wander through Centro for the morning. It’s a strange area. Parts of it seem like a normal downtown, but then you turn off one street and you feel like you’re in a Chinatown. Shops full of junk everywhere, flags draping across the street. Just no Chinese characters. Also, lots of churches.

After enough of that, we took the bus to Impenima, and just relaxed for the day on the beach. The water was surprising cold, but pleasant. There were some very large waves, but they broke only a few meters from shore making them useless for surfing but excellent for swimming. 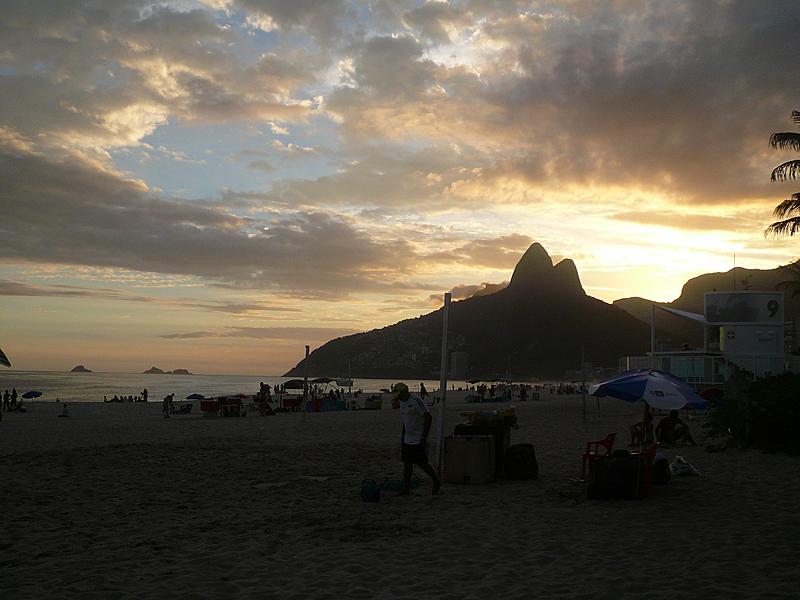 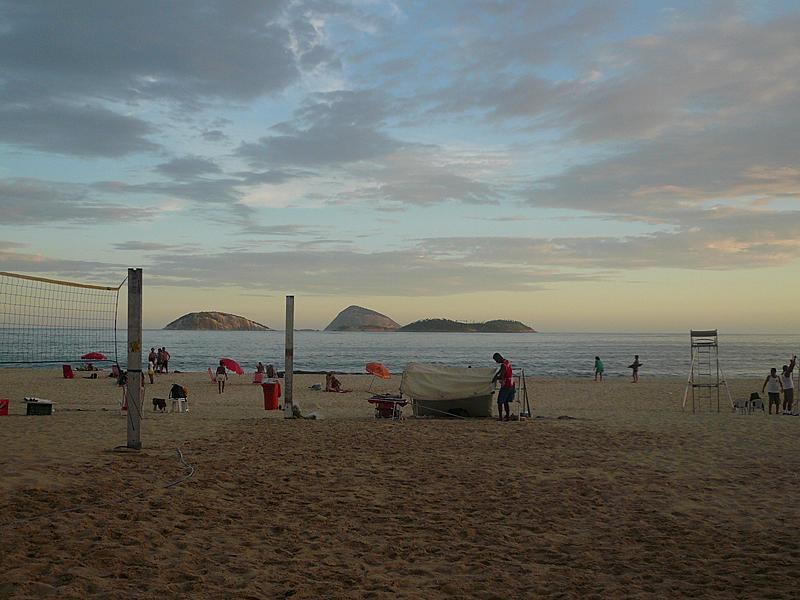 Unfortunately, I can’t say Rio is one of my favorite cities I’ve ever visited. If you stick to the beaches and Lapa on the weekend, you’ll definitely enjoy yourself. But once you broach the underbelly, it’s a place you feel like you’re constantly having to be on your guard.

Since being in Rio, I’ve had three songs stuck in my my head: Copacabana, Girl from
Impanema, and LMFAO sexy and I know it.#toomanyspeedos
– Twitter. March 19, 2012

I was just checking the temp back in Chicago and saw 11. I was all, SUCKERS! then I remembered I was set to Celsius.
– Twitter. March 6, 2012