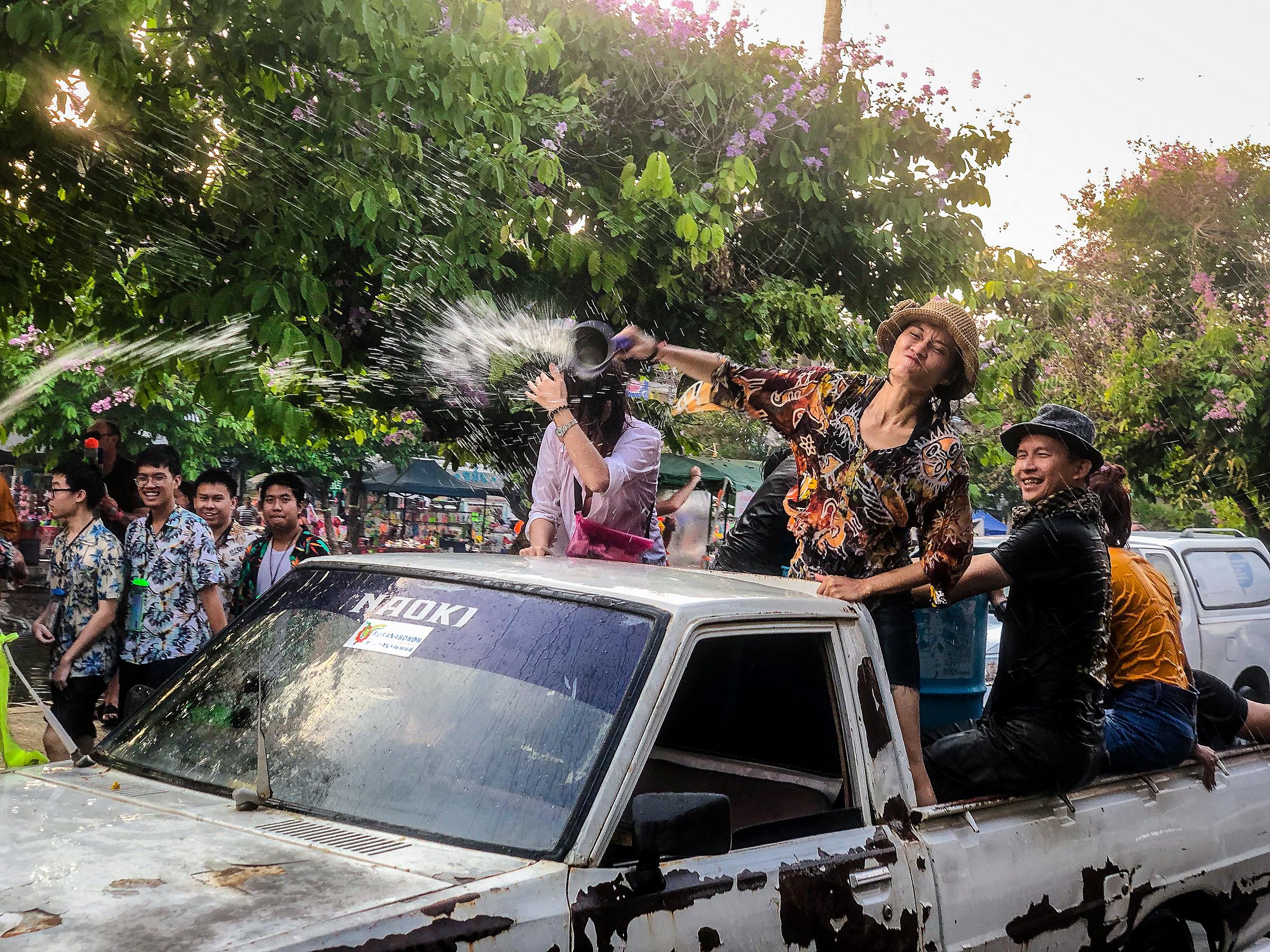 Put your money and your phone in a ziplock bag1. Step out onto the street and just accept that you will be soaked. As Thailand ushers in the Year of the Pig, they welcome it with all the water they have at their disposal. The festival of Songkran is probably the world’s biggest water fight. Everyone participates: kids, parents, grandparents, locals, backpackers. Your only other option is to stay indoors. 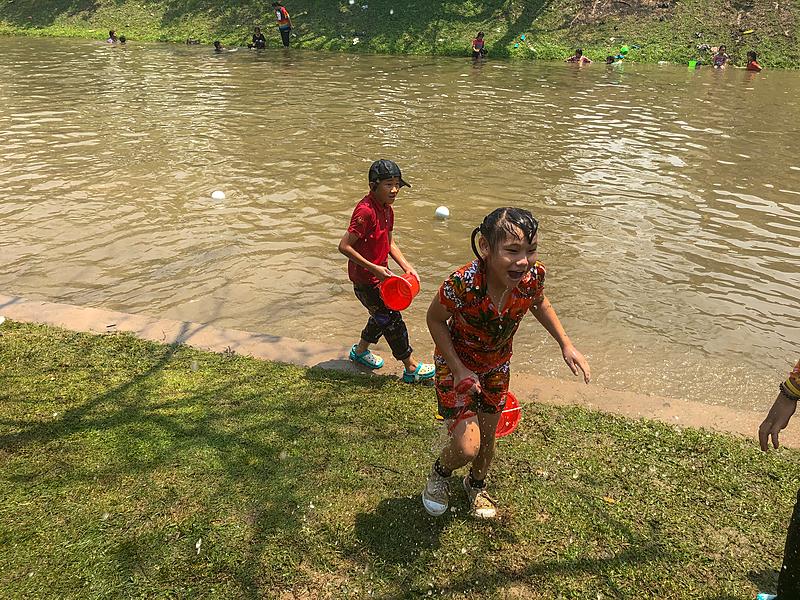 Chiang Mai in northern Thailand purports to have the biggest celebration. During my previous adventure in Thailand I didn’t have time to make it up north, so it was on my list for this trip. I arrived in Chiang Mai on Sunday having no idea about Songkran the following weekend. I was planning to move on to Laos fairly quickly, but once I heard about my serendipitous timing, I knew I had to stay longer. 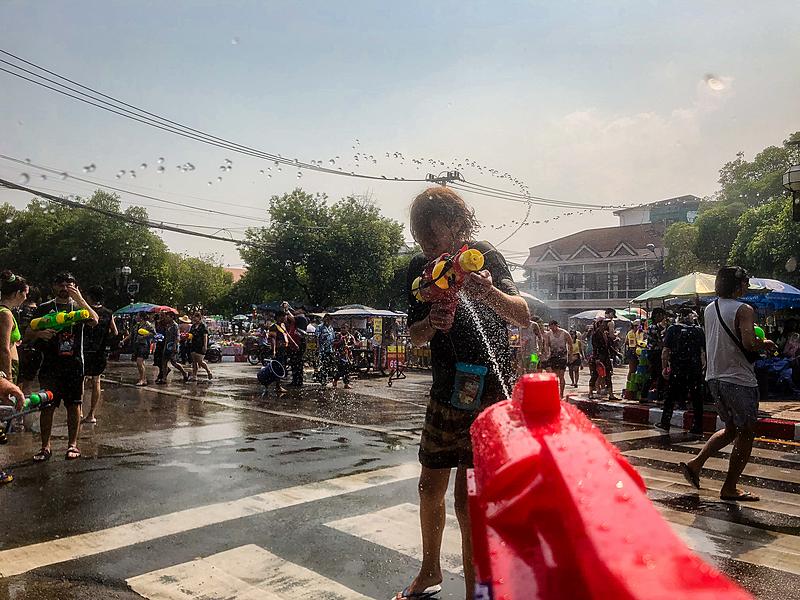 It’s a crazy experience: much of the water is warm, but some has been chilled with giant blocks of ice and is quite cold. The cold water is initially a shock, but you just end up accepting it (plus it ends up feeling quite good in the 100º+F heat).

And amazingly, very few people are drunk (I feel like if this kind of celebration happened in the US, everyone would be shithouse wasted). It’s good clean fun3. 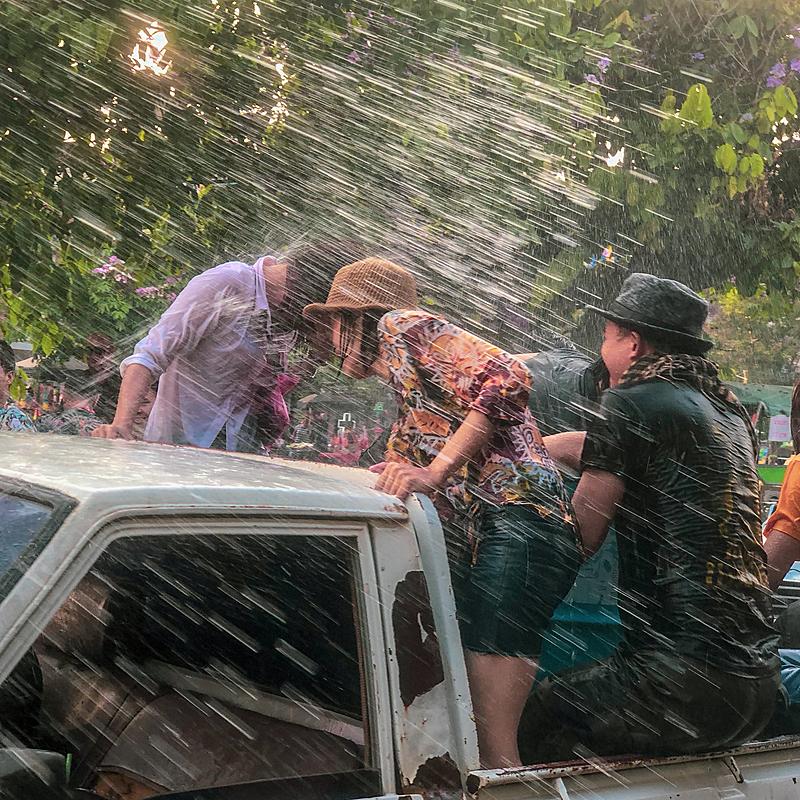 The celebration loops all the way around the Old City, which is surrounded by a river/moat. The majority of the flung water comes straight from the river. I had posted up at a bar and got recruited to help relay giant buckets back to the bar (note the asterisk in the previous paragraph about “clean” fun).

The bar had a rule, “Play here, Please order drink”. We made it our mission that any non-patron who tried to refill their water tank would get hosed while yelling “buy a beer” at them. An innocuous form of water boarding. All in good fun. 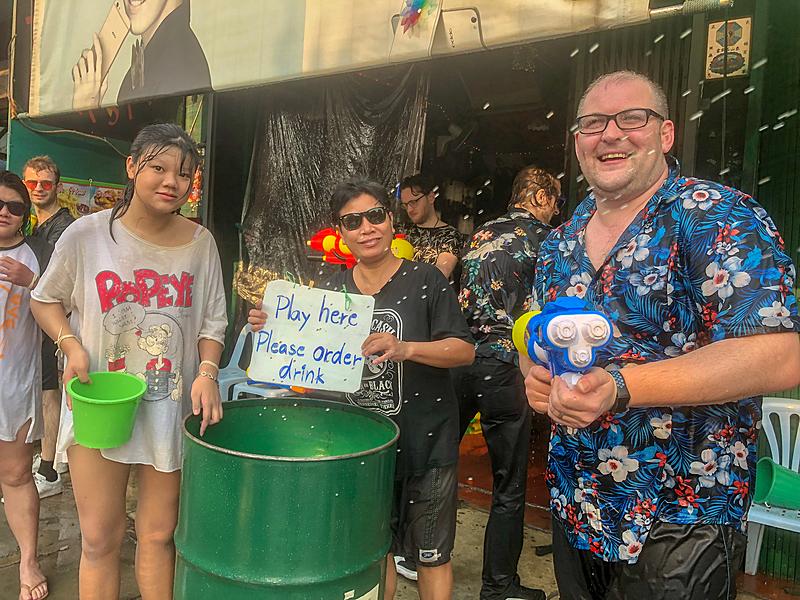 As the sun went down, the battle waned. Technically, after dark you’re supposed to stop. A little spillover isn’t too bad. Although there were the couple jackasses (always Farang, of course) who would continue to carry their gun and do some spraying.

I cannot recommend this festival highly enough. I had no idea about it before, and now it’s probably the highlight of the trip so far. Everyone should add this to their bucket list now.

1. Protip: iPhones since the 7 have a water resistance rating of IP67, which means they should hold up to this kind of water contact without any problems.

2. Previous leaders were Obama election night 2008 in Grant Park and Wrigleyville when the Cubs won the World Series.

3. It depends how clean the water from the river is. I’m not sick yet. 🤞