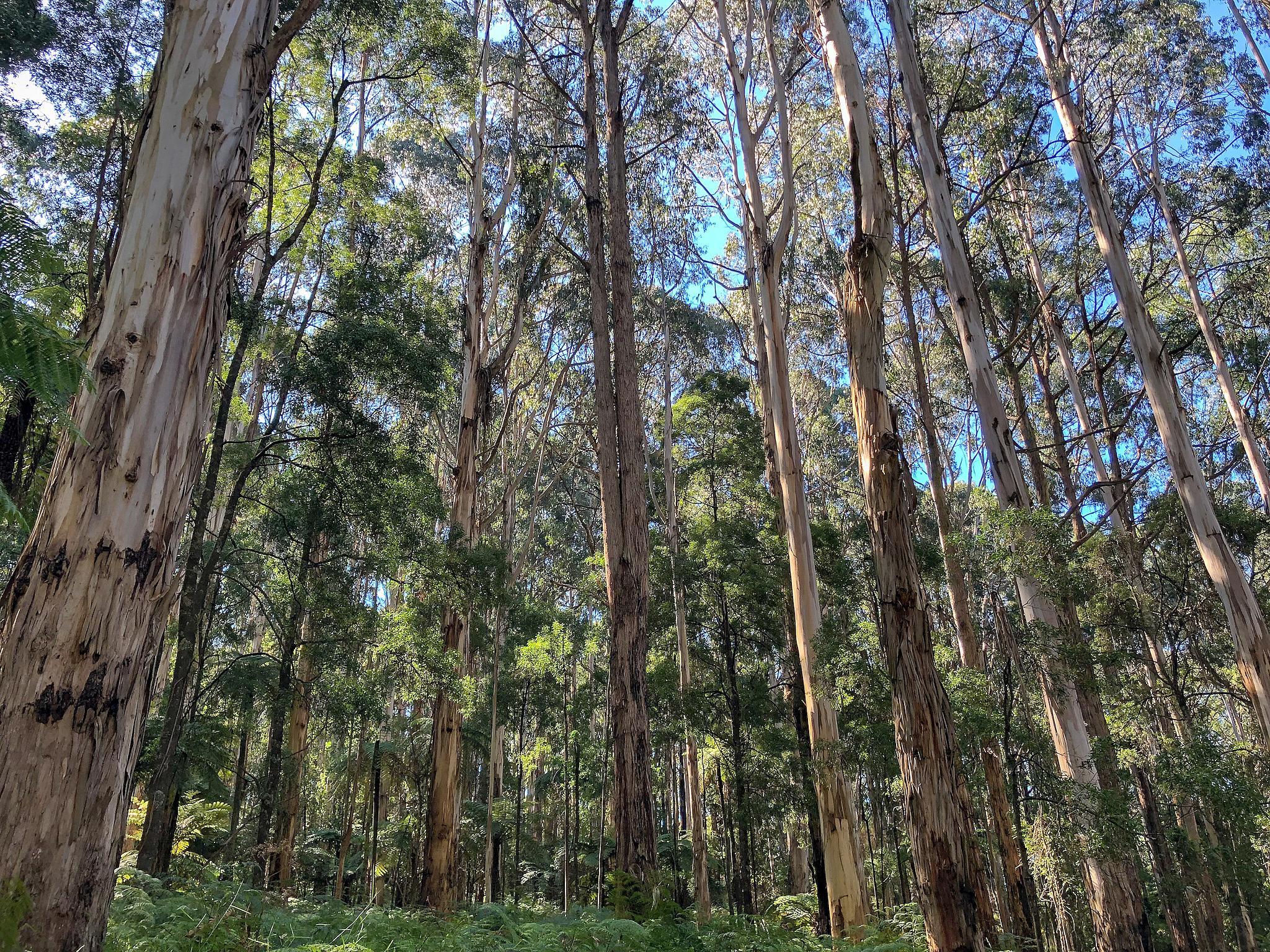 As I stated before, the three day weekends and some beautiful (albeit hot) weather made for some excellent exploration of Melbourne and its surrounding environs. And now on to some desultory adventures in and around Melbourne during my working time.

The B-East is located in Brunswick East (hence the name), and offers up some tasty burgers, and even tastier fries. It was here that I experienced Bob Log III, a crazy guitar player who shreds blues licks while wearing a motorcycle helmet and a telephone receiver taped to the mouth. I was promised the dingy in the back would get used in the show, but our desire was left unfulfilled. Even without the dingy, it was a very fun show. 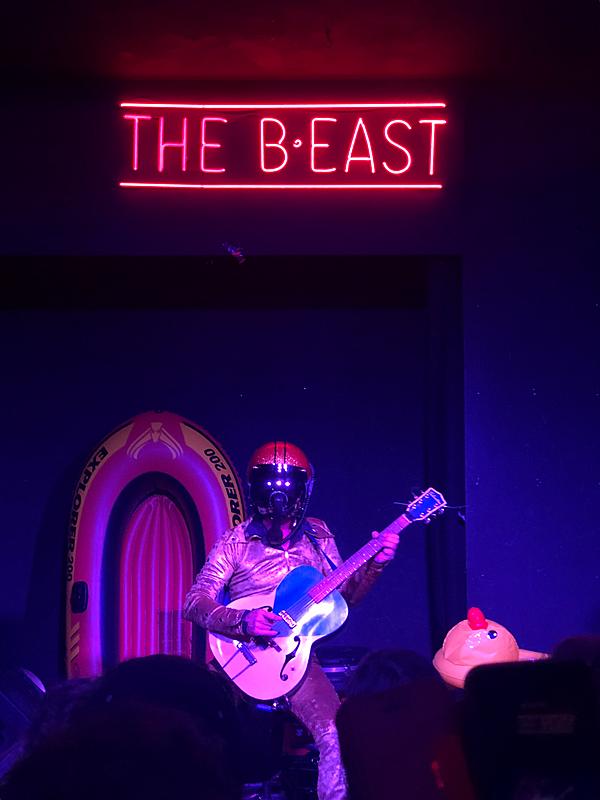 After a while, I was feeling the need to get out into nature. The Dandenong Ranges seemed like a good candidate. It was a bit far (like 4 hours by bike), so I opted to go it via public transportation—the commuter train plus a bus. I didn’t know yet if it would be easy to take a bike on the train.

I hopped on the train with a plan to stop by the visitor center before grabbing the bus to the best hiking spots. Upon my debarkation at Upper Ferntree Gully, I learned that Apple Maps had lied to me and the visitor center was permanently closed (Google Maps will fail me a bit later).

Fortunately, the bus was easy to find and timed out perfectly. I headed up into the low mountains and had a nice hike around through the woods. It was hot, but with the shade of the tall trees and ferns, it was not painfully so. I meandered through the paths for a couple hours and made my way to where Google Maps wanted me to pick up the bus. And with perfect timing, it claimed I only had to wait about 10 minutes for the bus. However, when I got to the bus stop, the posted timetable didn’t have that scheduled bus. The next one wasn’t going to be for another hour and a half. Now Google was lying to me! 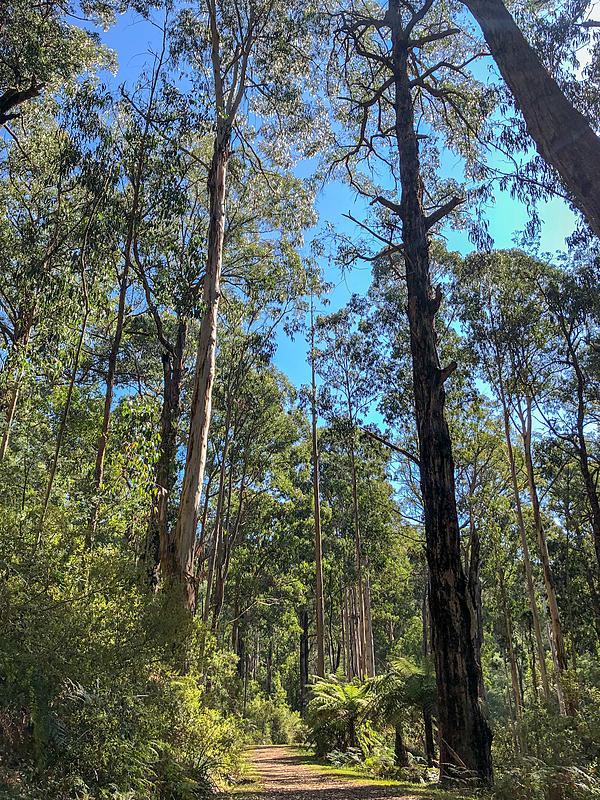 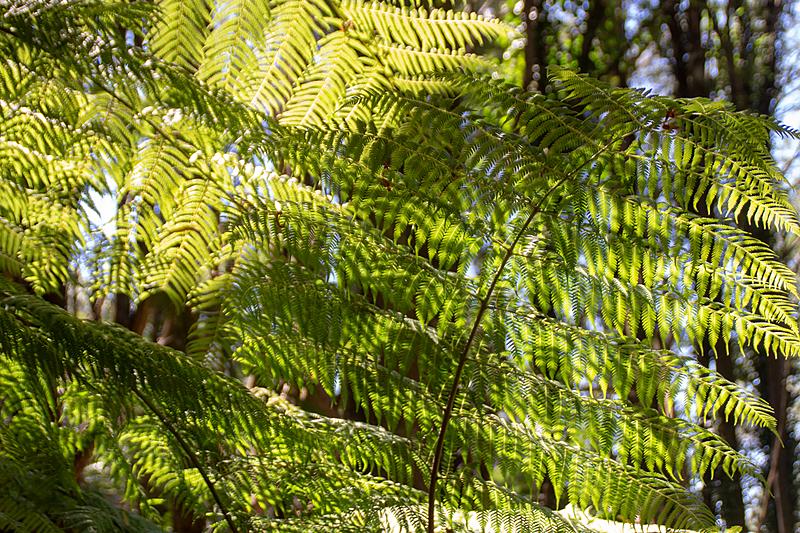 I ended up just walking along the bus route until the bus caught up to me. There were at least a couple great views I would have missed had I been on the bus. If I had known before how easy it is to take a bike on the commuter train, I would have brought Kiddo with me and avoided the whole situation. 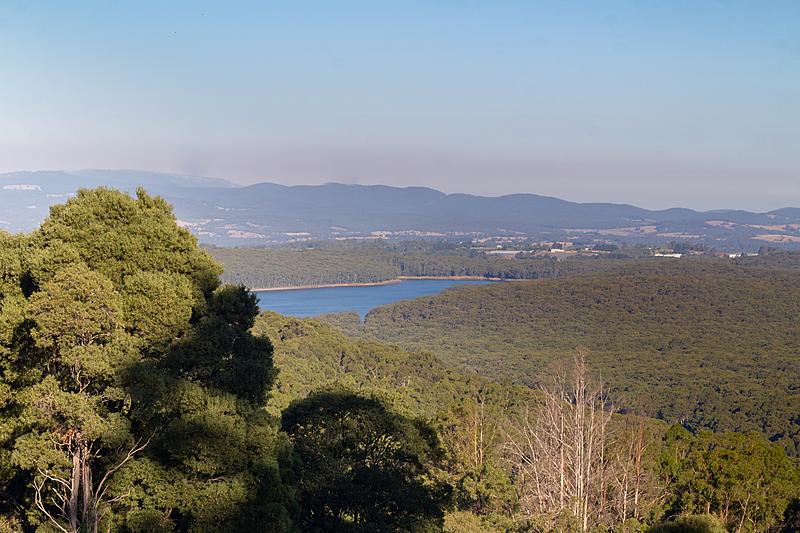 Overall, while it was a very pleasant experience and wonderful to get outside for a while, I’m not sure it was worth the hassle of the public transport. If you have a car, I would wholeheartedly recommend checking it out.

After a little nature, it seemed appropriate to also get a little sense history. I had the Old Melbourne Gaol (archaic) recommended to me. Operating as a prison from the mid-19th century until the end of the 1920s, it housed hundreds of prisoners and hanged 135 convicts including the infamous bushranger (analogous to our cowboy outlaw) Ned Kelly (read up on him; he’s a good story—also he has a great beard.

When prisoners first arrive, they were kept in small cramped cells with minimal light: a solitary confinement. So solitary, the cells across from each other were offset so if your door was open, you couldn’t see the other door. When outside your cell, you were forced to wear a silence hood to prevent you from communicating with the other inmates. 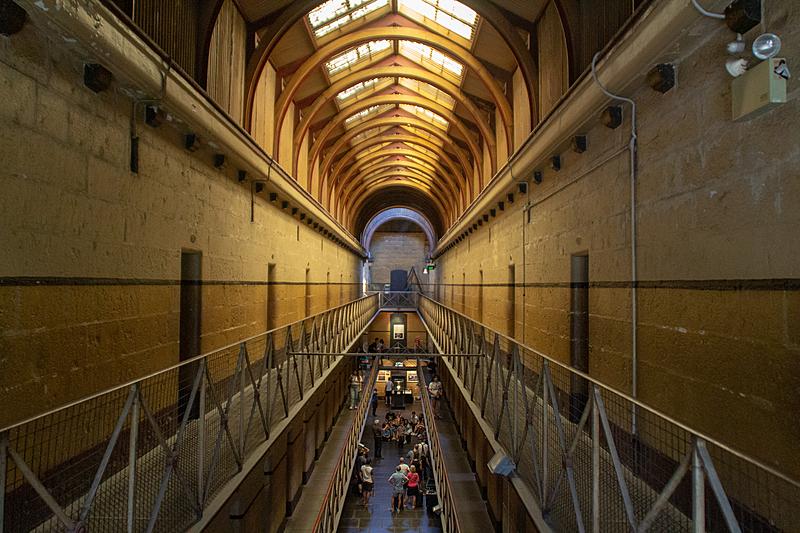 Finally, after a period of good behavior, you would be promoted to the second floor where the cells were bigger and you were allowed to go outside to perform manual labour.

As I said, 135 people were hanged in the jail. The history of hanging is creepy, but surprisingly interesting. Especially the introduction of the long/measured drop, where the length of rope used is calculated by the condemned height and weight to ensure the neck is broken, but not so long as to decapitate the person. 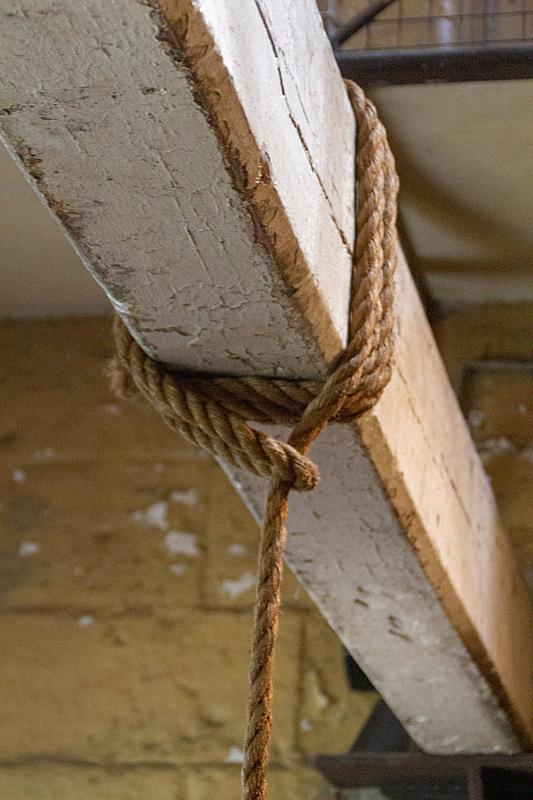 After being executed, death masks were created so that phrenologists could study the shape of the criminals’ craniums to try to determine what made them criminals. Needless to say, their results were inconclusive. 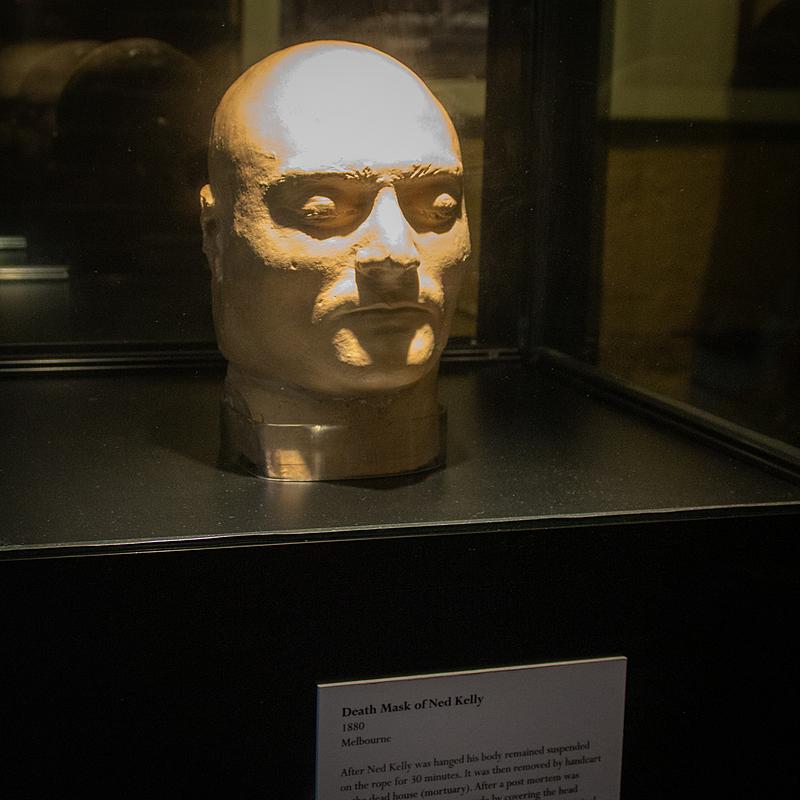 About an hour away following the Main Yarra Trail via bike, the Heidi Museum seemed like another good excursion. It started off as a pleasant ride. However, Google Maps turn-by-turn biking directions leave something to be desired. They’ve always treated me well in Chicago, but not so much here in Australia. After some confusion, I ended up on what was definitely a mountain bike trail. Now, Kiddo is a sturdy sheila, but she was not meant for this kind of dirt riding. I finally found my way off the trail and back onto the main path.

As I pulled into the parking lot of the museum, I noticed Kiddo had acquired a bit of a limp. My ride was much bumpier than the road would indicate. Kiddo had blown the back tire! It was about 3:30pm, and fortunately there was a bike shop about a 15 minute walk away. Knowing that it closed at 4 (unless Google was once again lying to me), I hurried to the shop.

With a fresh tube, I finally rolled into the museum with only 45 minutes left of opening hours. Fortunately, it is a small museum and I was able to see enough to make the trip worthwhile. And the grounds featuring an outdoor sculpture garden were still open for a while longer. All in all, a worthwhile visit. 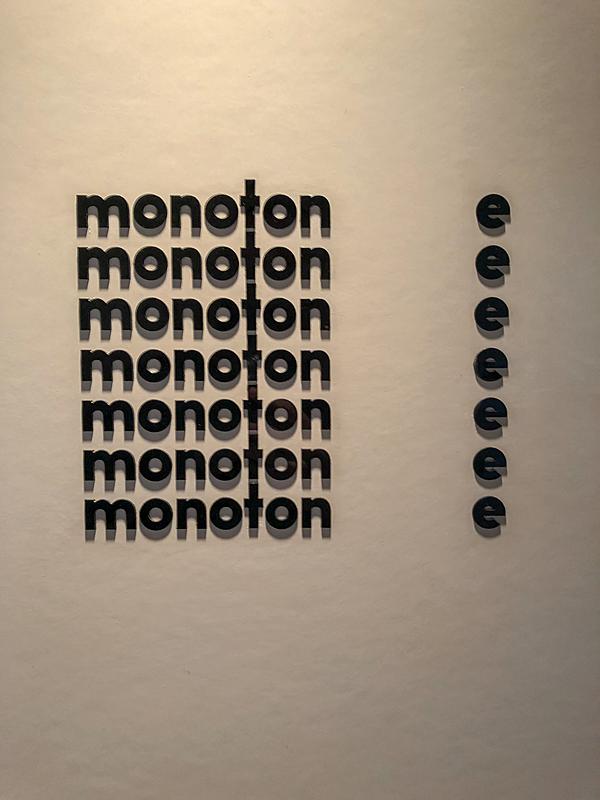 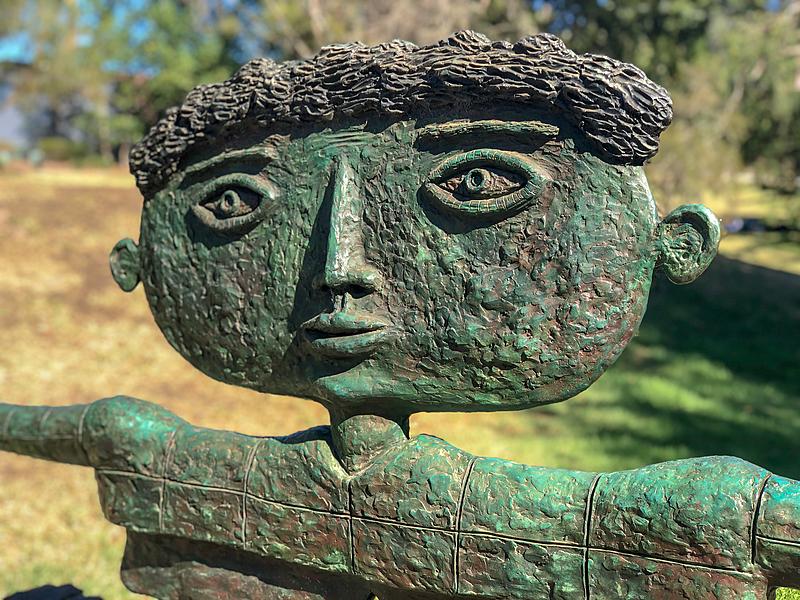 That’s it for now. I should have one more post on Melbourne before getting on to the next leg of the travels.