awe·some (\ˈȯ-səm) adj. 1. Inspiring awe awe (ô) n. 1. A mixed emotion of reverence, respect, dread, and wonder inspired by authority, genius, great beauty, sublimity, or might (I had no idea dread was in there, but we’ll leave that out for my definition) After spending the morning inside the awesome Milford Sound, the road back to Queenstown began. On the road back, we had plenty of time for the “wow, look at that, it’s amazing” stops we had to forgo that morning.Shortly after emerging from the Homer Tunnel off on the side of the road we saw a tall waterfall with snow at its base. Now it’s summer, sunny, and close to 80 degrees. Yet, there’s still snow. And naturally the only thing to do is climb the snow to the waterfall. 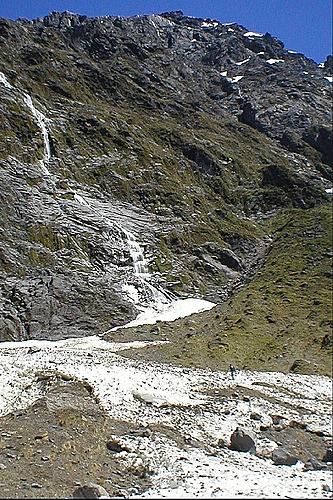 It doesn’t look that far off, does it? As I mentioned before, New Zealand likes to mess with your perception of distance. We began walking over the rocks, and several hundred yards later, we reached the edge of the snow. As we continued toward our final goal, the base of the waterfall, somehow, it seemed to keep getting farther away. By my approximation, it ended up being about a mile and a half up. In addition to the surprise of distance, what we found at the top as just as shocking: 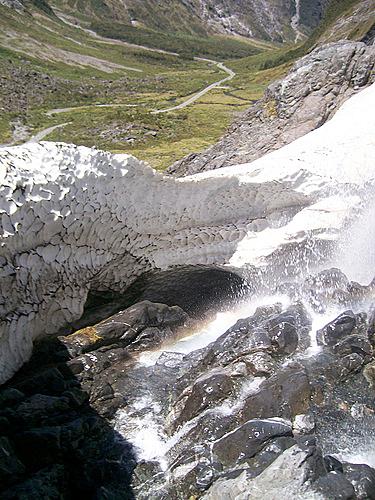 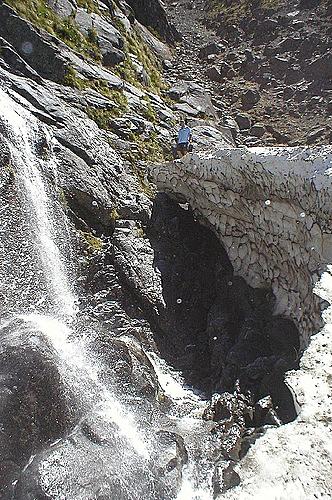 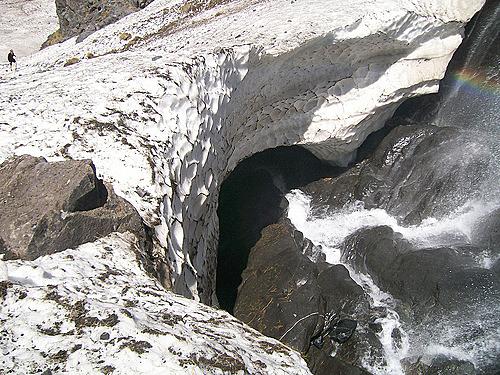 We hadn’t been walking on a little snow on top of rocks. We were on a good 10 feet of solid ice with water flowing through caves underneath. (Yes, me in my brilliance climbed down into the hole). But I did discover a small series of tunnels popping out on the surface at various locations. 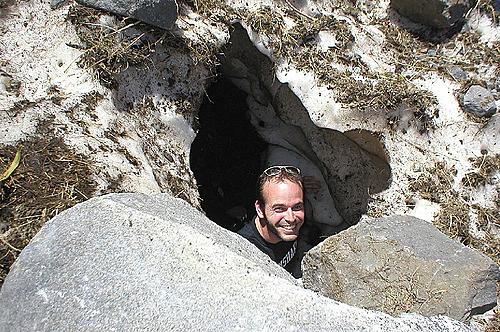 The way down was quite a bit easier as we discovered Glacier Surfing. It’s like skiing, only without skis. And goggles. And a helmet. But it gets you down the hill quicker. Of course some people had more trouble than others:

Of course, I had trouble just standing up to film that. 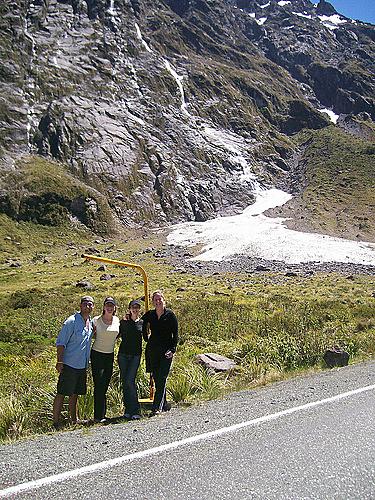 (the idea was to photoshop our name for the waterfall on the signpost: Te Wakadirkajeegawau, a bastardization of the maori language combined with the fact that we watched Team America a couple days before) A few more photos from the way home: 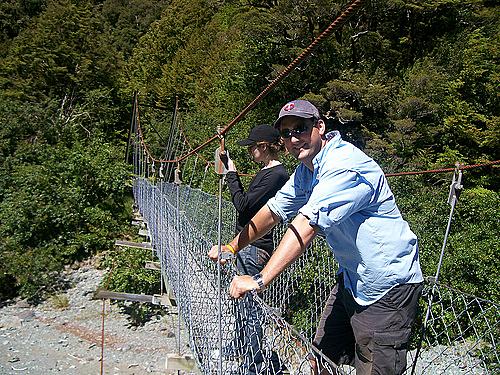 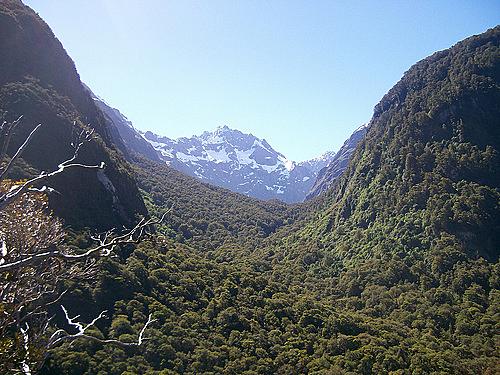 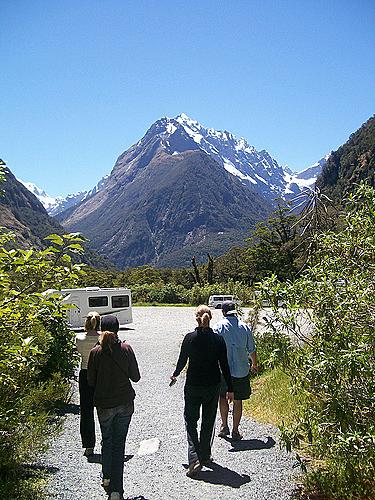