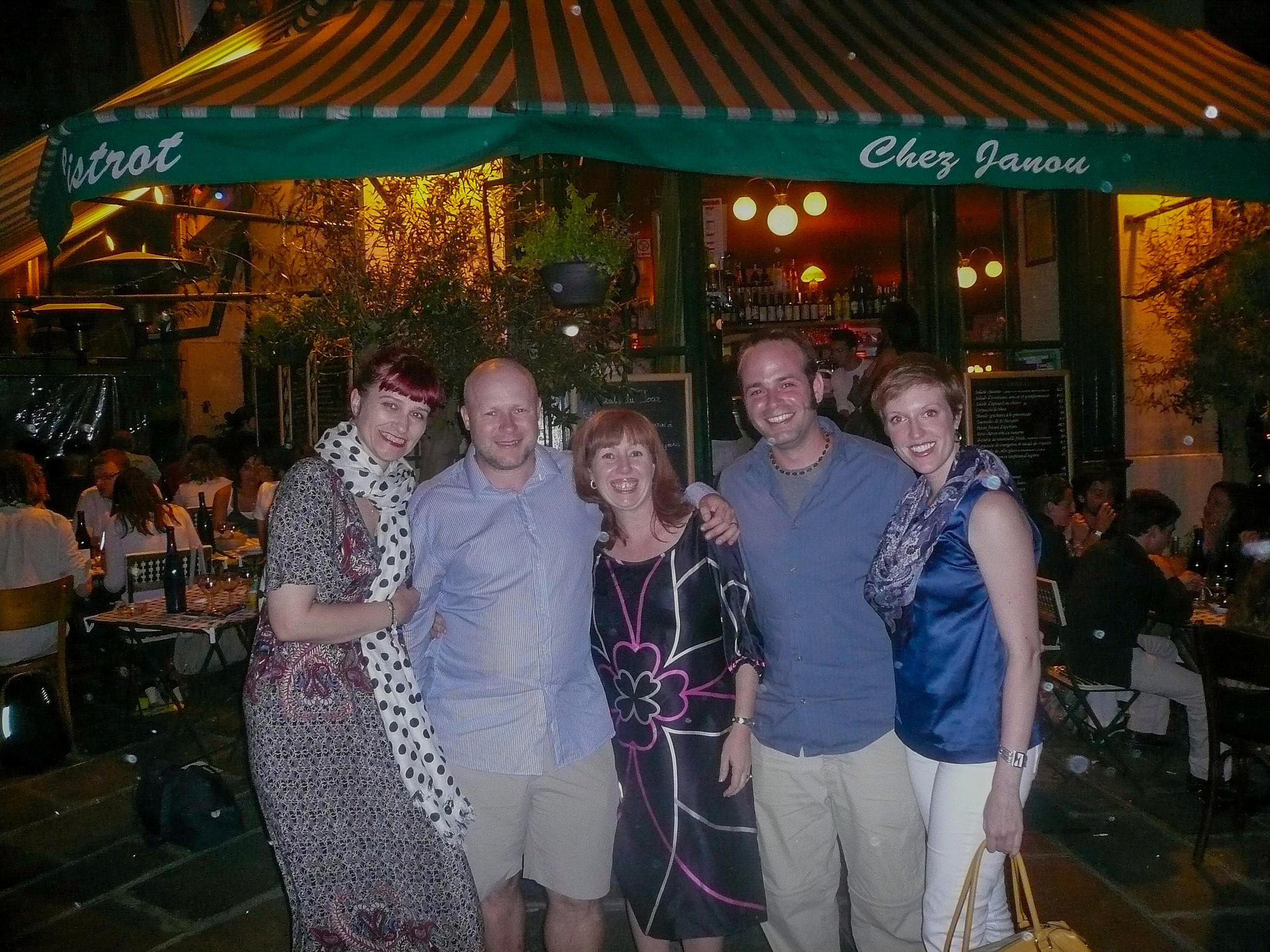 Five years ago on a sailboat in the Greek Isles I met a man named Ewen. Ewen has the greatest job I can imagine; he’s a travel photographer. That’s why he was on the boat, getting a free ride while he shot photos for the tour company.

A year later I attended his wedding in Phuket, Thailand. And a year after that I visited him and his wife in Melbourne, where they live. That’s three out of my four big trips that I’ve seen Ewen. (By big trip I mean two plus weeks.)

Late last night, after an awesome Thievery Corporation show, as I was making my final preparations I discovered it’s about to become four out of five. He and his wife Victoria are going to be in Paris the same time I will be.