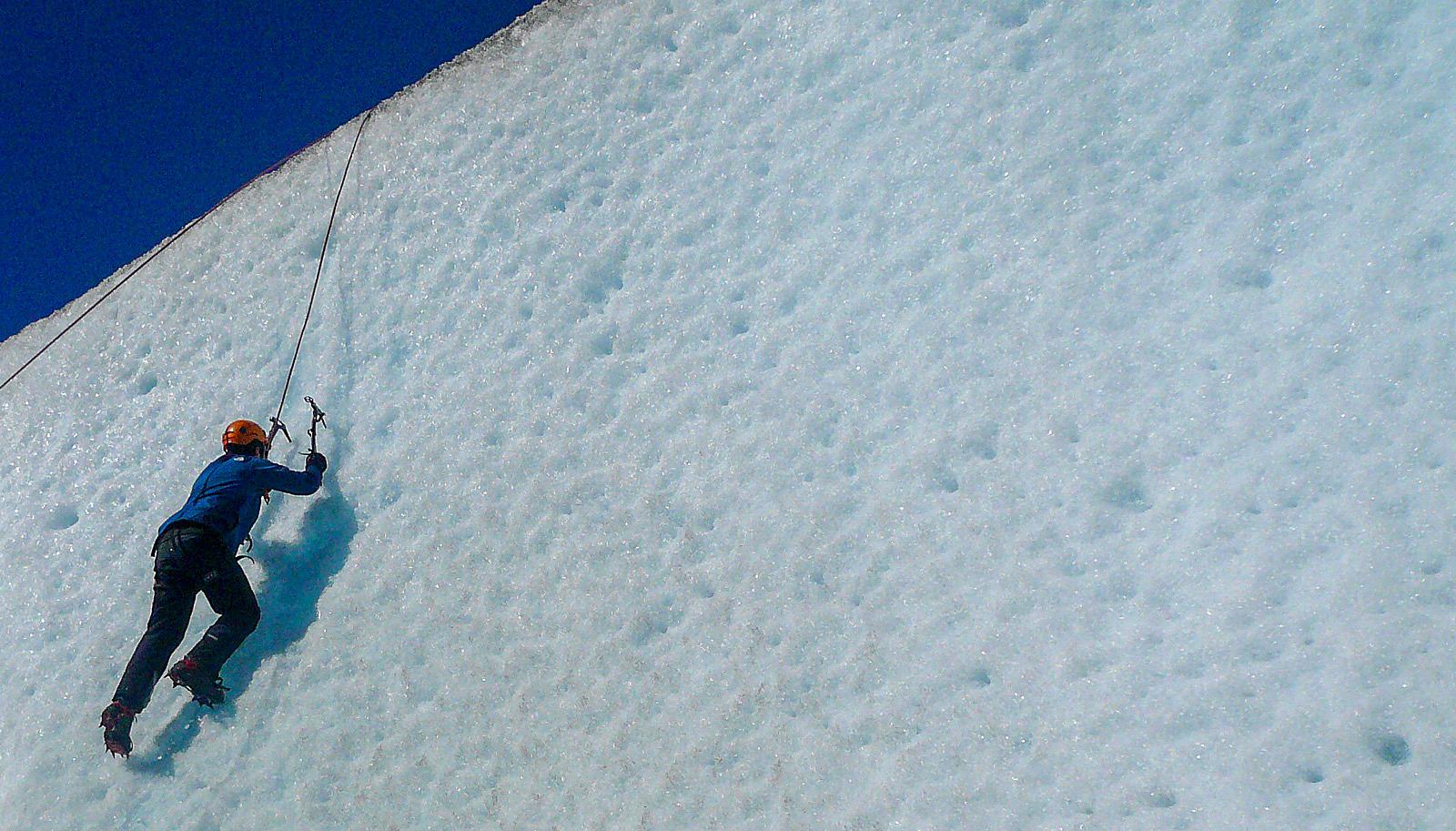 A Clash of Crampons

Why did no one ever tell me I was awesome at ice climbing? I feel like I missed my calling in life.

The day after our excursion to Perito Moreno, we rented a car to drive up to El Chaltén. Victoria and I were joined by our new friend Kelly, a geography teacher from Montana on sabbatical for 3 months. He was originally going to extend his stay in El Calafate, but the hostel was full, so he hitched a ride with us.

I’ve been over six months without a car, so driving was quite the treat for me. With a wide open road and a full tank of gas we headed on our way. The last hour with Corre Fitz Roy directly ahead of us was some of the most spectacular driving I’ve done. 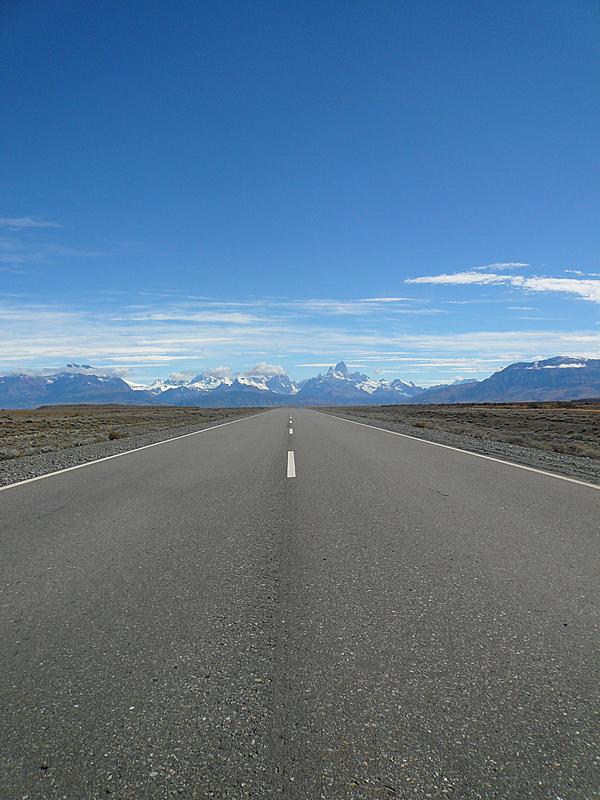 After checking into our new hostel, Victoria and I went on a small hike on one of the myriad trails around El Chalén. We made our way to Laguna Capri, a nice little lake about two hours from town. 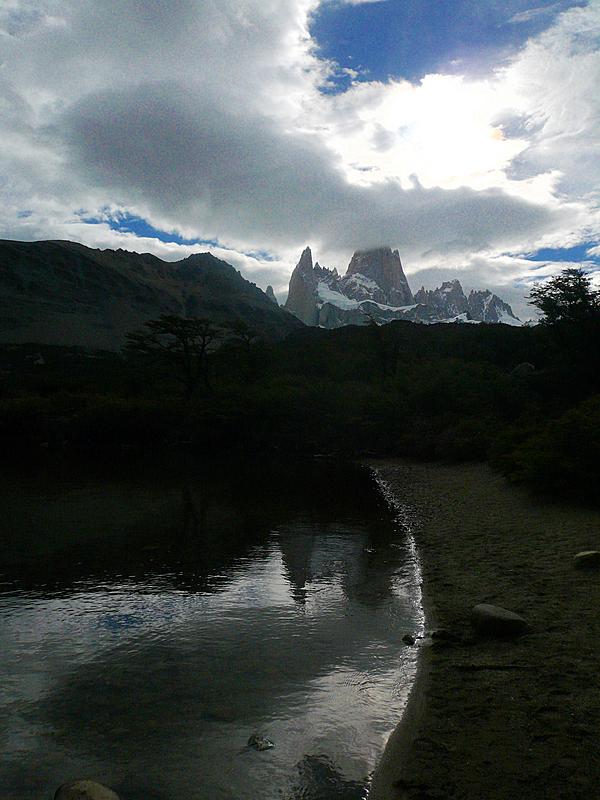 We had another early morning when we hopped on the bus for our next excursion: ice climbing on Viedma Glacier. The glacier itself does not seem as impressive as Perito Moreno because it’s lake-face is not as wide, it is actually the largest glacier in Argentina. It also exhibits a completely different feel in the terrain with deeper and steeper valleys that you can actually walk through. 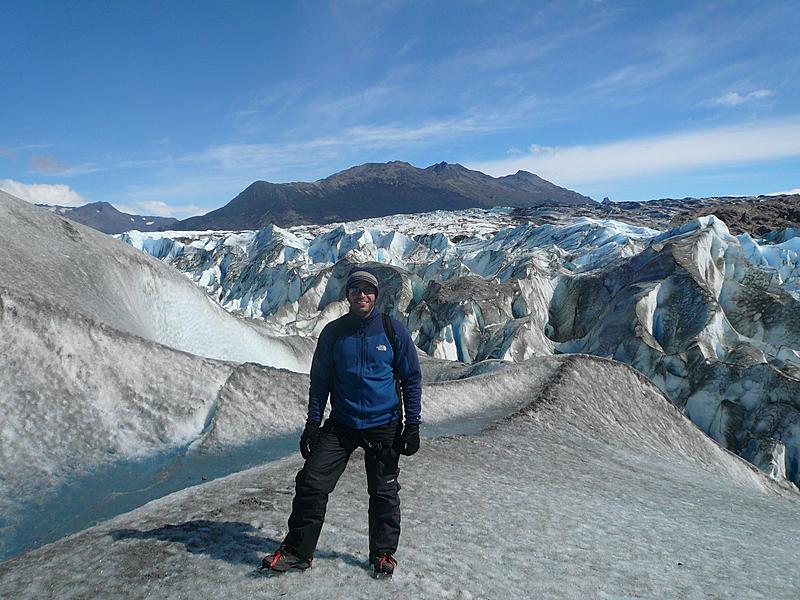 With our crampons on, we trekked to a nice wall where we would do our climbing. We waited about 20 minutes as the guides secured the ropes at the top of the wall. After some brief instruction on proper technique we were ready to begin. Our guide had made it look so easy, one pick, two pick, foot up, foot up, foot out, foot out in a nice smooth rhythm. The people climbing before me were anything but. The biggest mistake many people made is to try to use the inside of your foot to scurry up. Crampons don’t work that way. The only way to get a good grip is to kick in with your toes and put your heels down so the other points dig in. Also, you have to trust your equipment. 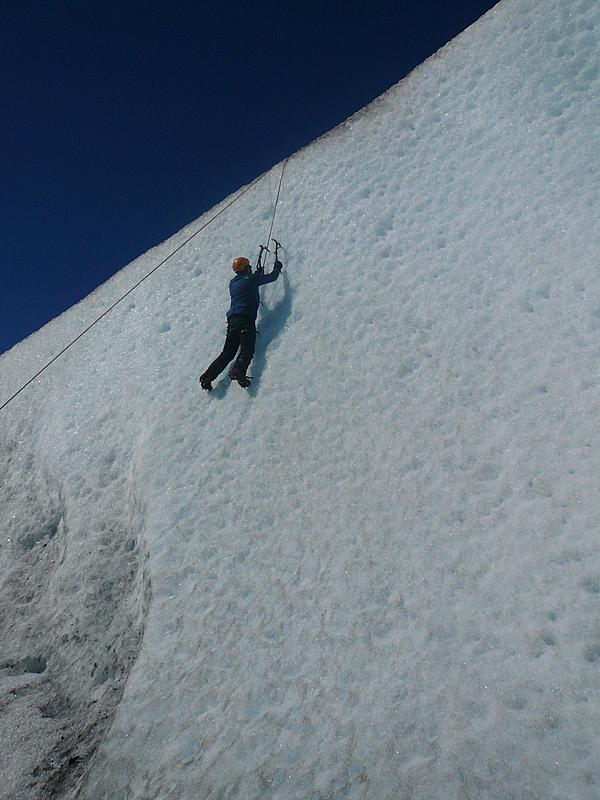 I think it might have been the watching and learning from others’ mistakes, but it just felt natural to me. There were a few times where I had trouble getting a good footgrip or pulling out the axe hit me in the helmet (is that Freudian? I don’t know). Also, my rock climbing experience has taught me to use your legs as much as possible. My triceps got a workout from swinging the axes, but I really only had to use my biceps to hold myself when going past an overhang.

Overall, it’s definitely something I’d like to do again; if only there were somewhere in Chicago with a giant ice wall. We had a short lunch and did a couple more climbs. 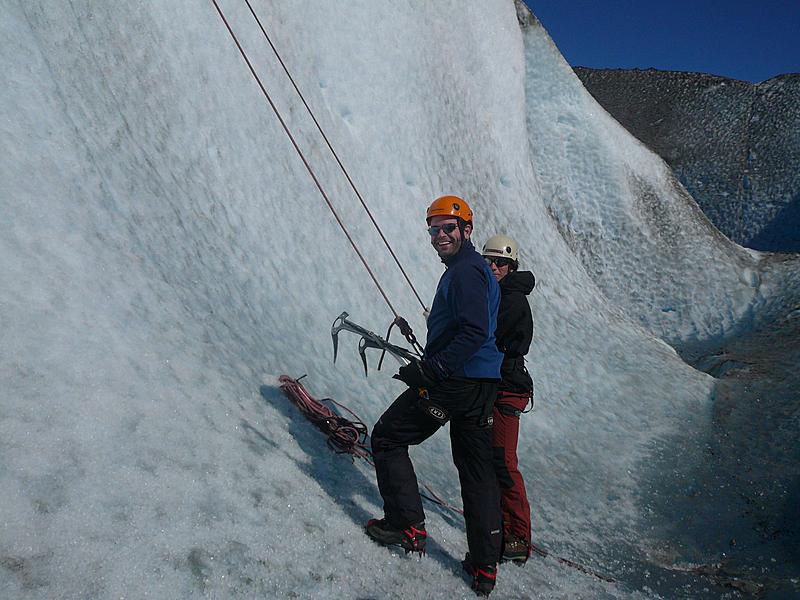 Then we went for another glacier hike. As I said, it was very different than the other glacier. It was almost like a mini mountain range made of ice. Near the edge where the glacier meets the rock, we found a sweet cave to explore. The blue glow from the ice above
is something unreal. After our mini-spelunking we hiked a little further over the rocks to get a spectacular view of the face of the glacier.

There we relaxed in the sun and were treated to an adult beverage. Baileys on the rocks, where as now seems normal, the rocks were chipped from the glacier. 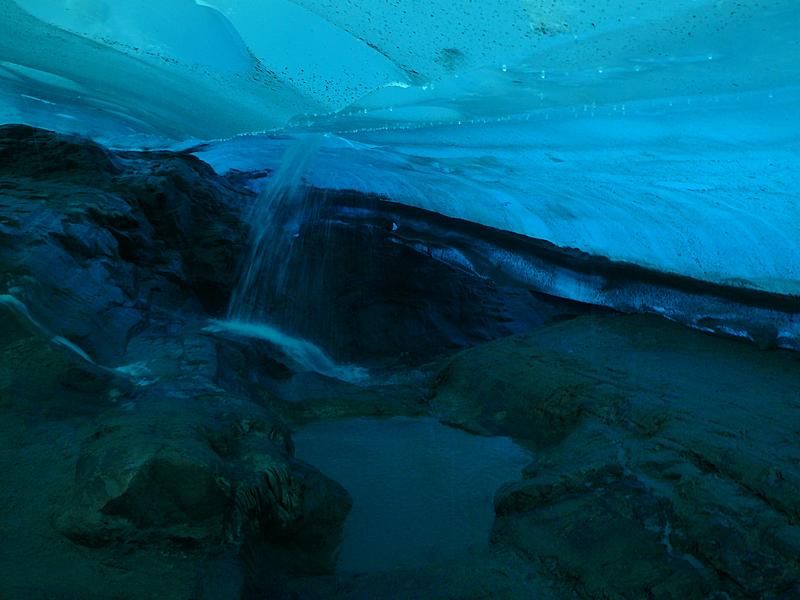 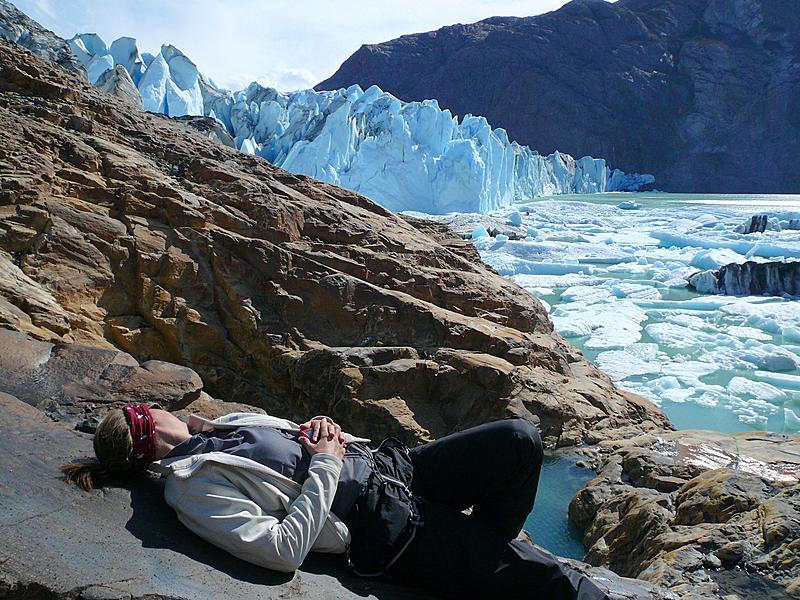