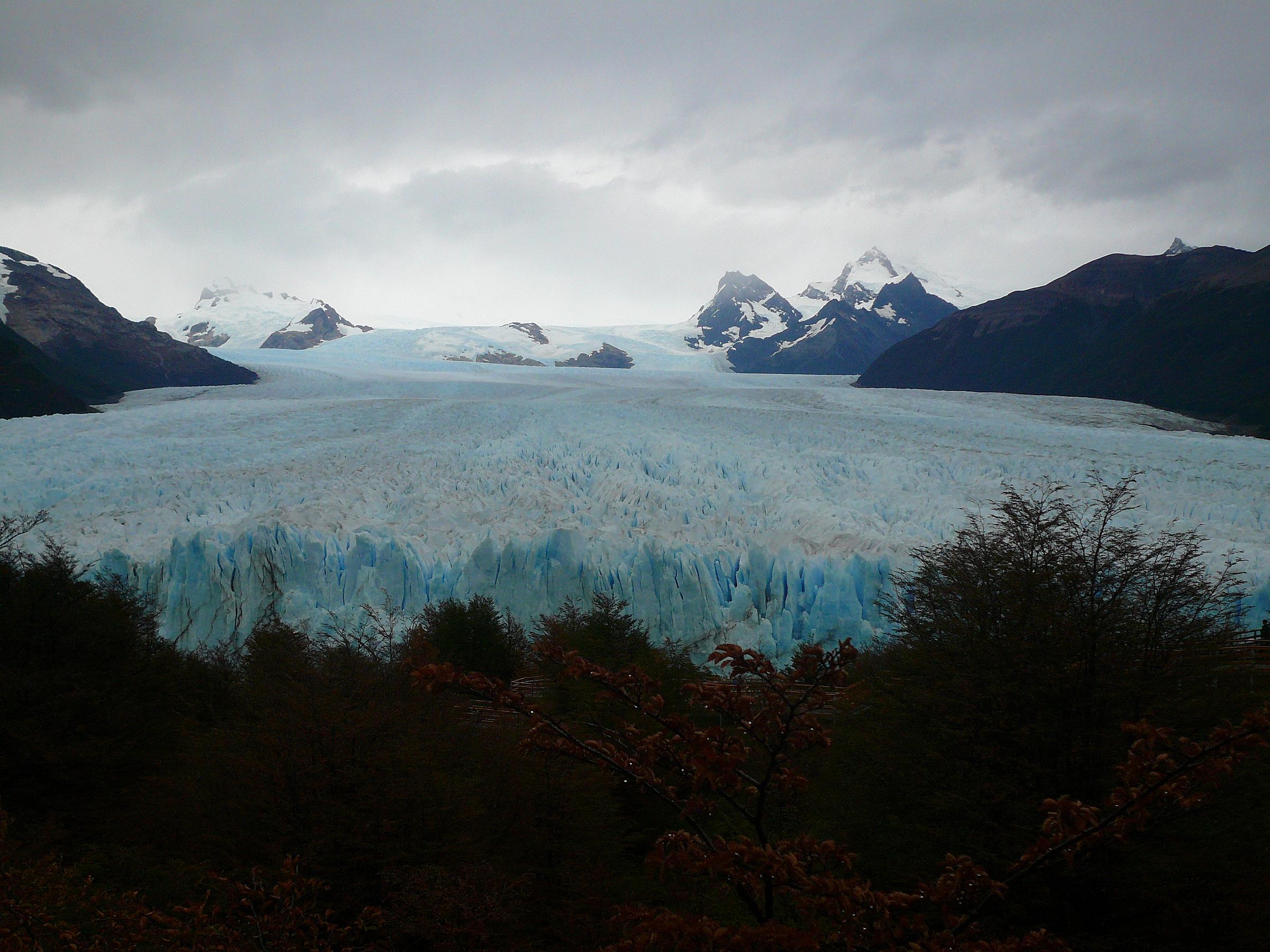 A Song of Ice and Ice

For a week in Buenos Aires I had woken up each morning covered in sweat from the 27 degree heat and no air conditioning (I pretty much operate in metric now). Now it was time to move south into Patagonia. After my brutally early (or late if you count from the previous night) flight from Buenos Aires I arrived at the El Calafate airport. It was a brisk 8 degrees (oddly, still cooler than Chicago was that day) and I was forced to extract my jacket from my pack.

For there being so little civilization around, the airport is surprising far from the main town. The landscape in Patagonia is surprisingly barren and brown. The rocky snow-covered peaks in the distance break up the horizon. As you approach the town the shining blue Lago Argentina adds some much needed color to the ground.

My taxi dropped me off at Hospedaje Lautaro just in time for breakfast. Over some cereal and toast with dulce de leche I met up with my Chicago friend Victoria, who I’ll be hanging out with for about a week and a half in Patagonia and on into Brazil. It began raining shortly thereafter. I was exhausted from not sleeping the previous night, and Victoria had also had a long day of travel from Ushuaia, so we agreed to just have a nice lazy Sunday and get all of our activities planned for the next week. 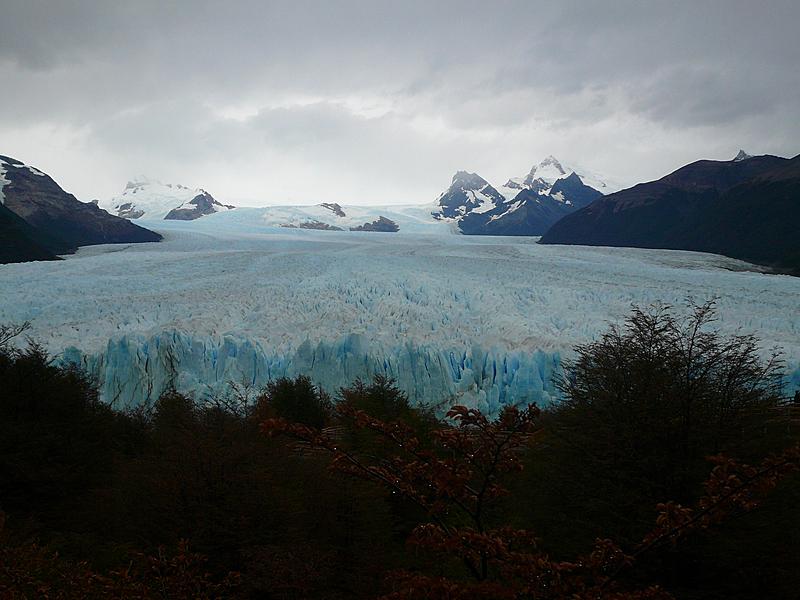 Our first excursion was to Perito Moreno glacier about an hour outside of town. The glacier flows down from the giant ice field from which over 30 glaciers are born. This one courses its way down right into Lago Argentino, where it meets the lake in a giant cliff 4 kilometers wide and 240 meters above the surface of the lake (there’s another 174 meters below the surface). It’s one of the most impressive sights I’ve ever beheld. The sounds are also amazing. While we only saw one or two pieces fall into the water, we would constantly hear loud crashes as chunks collapsed.

At its center, Perito Moreno moves 2 meters per day. Every few years it reaches the opposite side of the lake and touches the rock of the shore. When this happens, it creates a natural dam, and the west side of the lake slowly grows deeper. The pressure eats away at the glacier and creates an arch in the glacier. The arch gets larger until it can no longer support its own weight and it collapses. This had happened one week before we got there. It happened at about 4am, so very few people were around to see it. 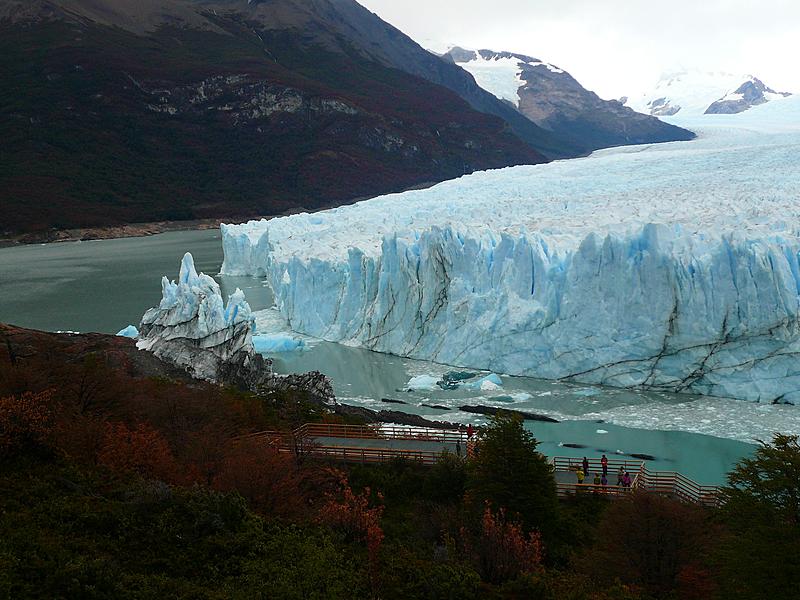 We then took a boat ride to the side of the glacier where we donned crampons and began a four hour walk on the ice. It’s fascinating how many different terrains exist. Some areas are smooth and rolling hills, while others are jagged and full of crevasses. Streams of icemelt flow through the icehills. We found larger stream rushing through the ice at a speed similar to a waterslide. At the end, the river fell into a hole at least 30 meters deep and of the deepest blue. The water is pure and perfectly potable, so many of us enjoyed refilling our water bottles from the streams. 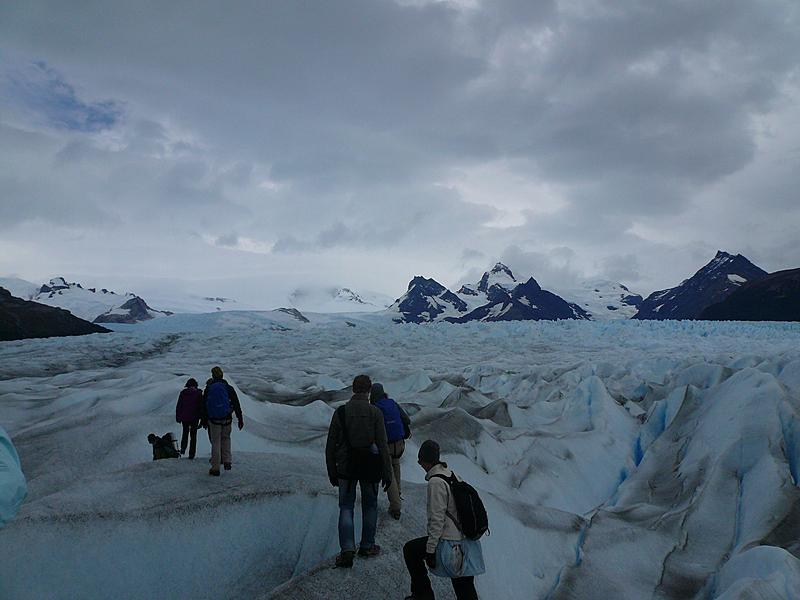 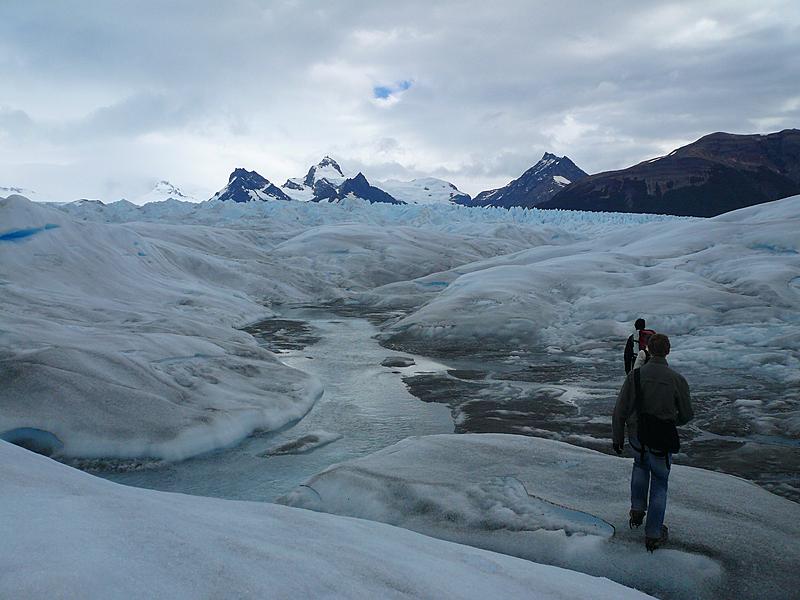 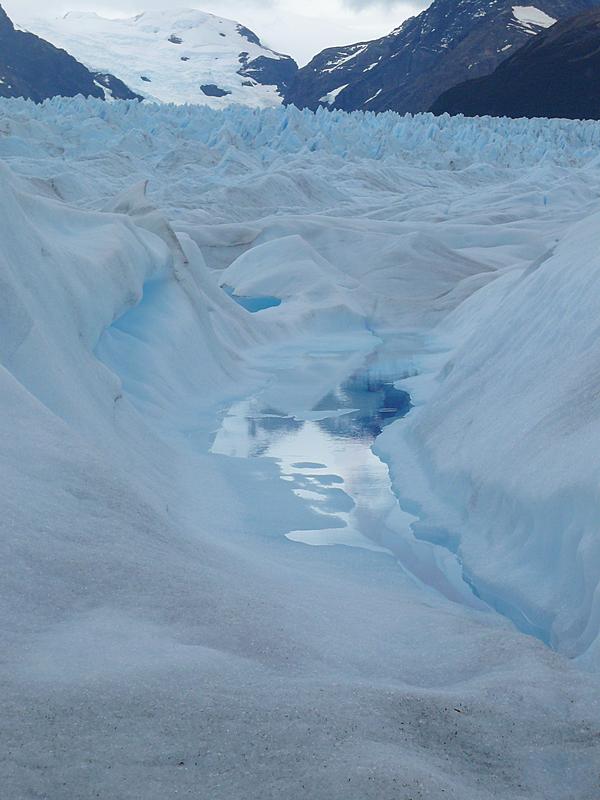 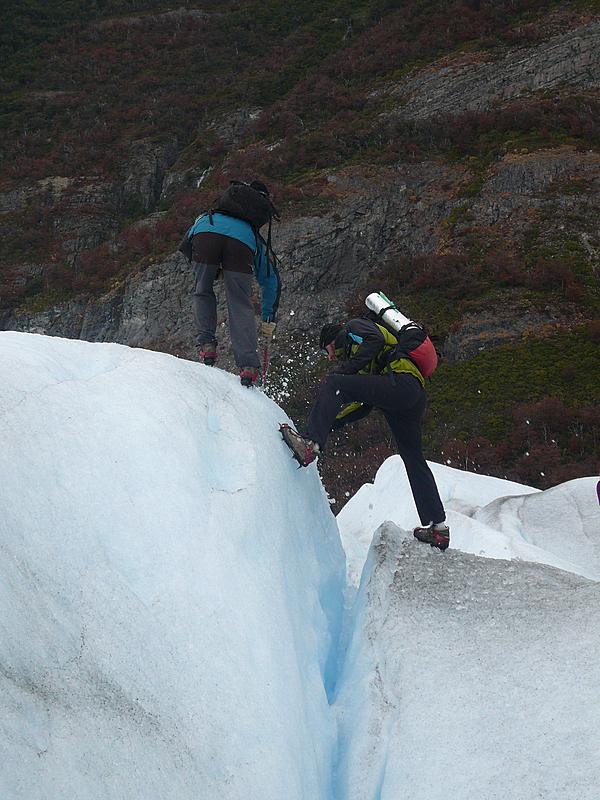 At the end of our hike, we returned to our boat where we were greeted to Jameson on the rocks. Those rocks, of course, were chopped up glacier chunks. 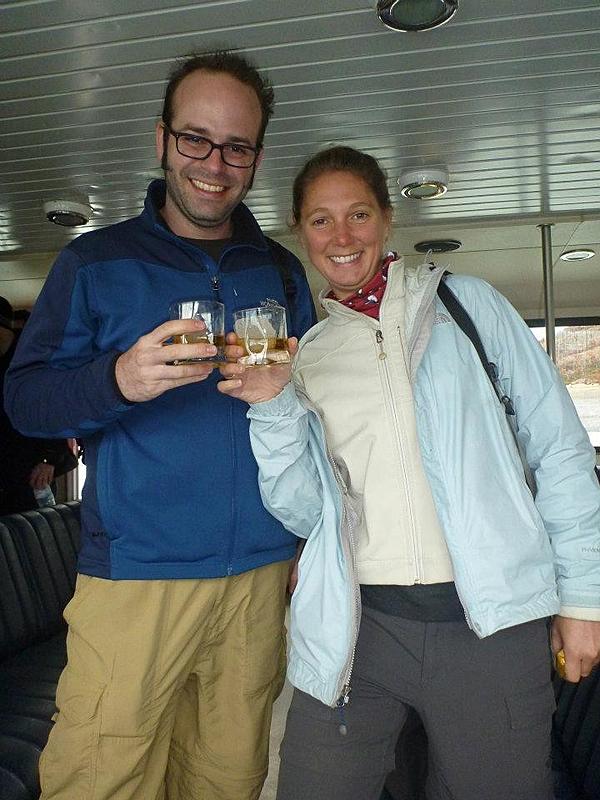