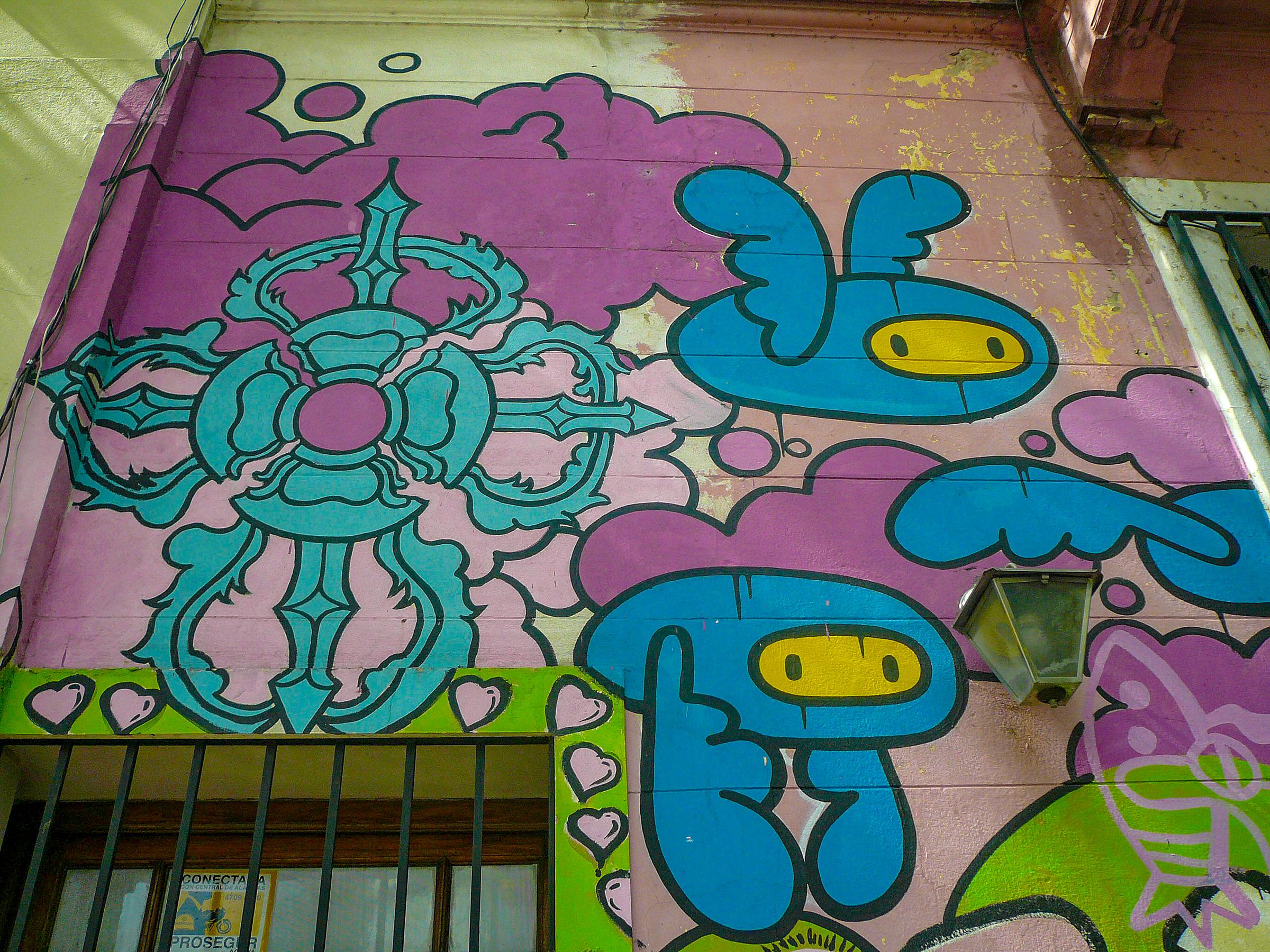 (Warning to those of you who like photos and are distracted by shiny things: there are no pictures in this post)

I had originally booked four nights at Terrazas Estoril thinking that a full week would be a bit long in BA, so I had been considering a sort trip somewhere (ideas included Mendoza and Uruguay). But as I explored the town, I realized there was plenty to do, and any excursions would be severely hampered by the lack of time. After two days I had made up my mind to extend my stay. Unfortunately, the hostel was full, and I was forced to find a new place to sweat through the 30 degree nights.

I moved to Tango Backpackers, which is a much larger hostel and at first felt much less personable and friendly. And since there are rooms nearby, they close their terrace around 11 each night (compared to the never-closing terrace of Estoril, which I spent several nights hanging out until 4am–which, I should make clear, is early by Argentinian standards).

After the street art tour and a bite to eat, I returned to my new hostel around 10pm. I was still feeling a little under the weather from the poisonous choripan (honestly, it probably wasn’t the choripan, but it’s the easiest thing to blame), so I planned to just have a beer at the hostel and head to bed early. But Buenos Aires doesn’t operate on obscure concepts like plans and sleep. Instead, I ran into a desultory group of travellers including an American graphic designer from Ashville, NC, an Austrian sound engineer, an Oregonian English teacher, and a bunch of Swiss (both French and German speaking) students studying Spanish.

That led to the bar. Naturally, as will happen in any group of 15 people who don’t know where anything is, it took us a while to get there. Finally we reached Levitar and its cheap pitchers (by American standards). After a few drinks, the decision was made to head somewhere for dancing. Now, most of you know me well and know that I am not usually one to pass up rocking out on the dance floor. But I made the “responsible” decision to return to the hostel and head to bed.

When I got home, I ran into one of the guys who was out with us earlier. So I decided to have one more beer. Thomas, however, had other plans, and shortly thereafter went to pass out. So instead, I ended up hanging out with two of the workers at the hostel. It was Pablo’s 21st birthday, and he had just had his heart broken, so he was consoling himself with vodka and Speed (Argentinian Red Bull). When we were later joined by a German traveller, the conversation moved fairly fluidly between Spanish, German, Portuguese, and English (I think there might have been a little French in there, too). I was fairly amazed at how much of the German and Portuguese I was able to understand. Finally, around 5am, I dismissed myself to the taunts of “boring American”. But this boring American needed to get to bed.

The next two days were spent exploring the Palermo area. It was a nice change of pace, and definitely felt like a different city than the San Telmo and Mediocentro areas. Much cleaner, hipper, and safer-feeling. No longer did one week feel like too long.

Saturday night was my last night in BA, but my flight was at 5:45am. That meant I had to leave for the airport at 3:30. So after an excellent bife de lomo dinner (except for the mistake in the kitchen which led to my steak coming out 30 minutes after everybody else’s–but it did result in free champagne for the table), we headed back to the hostel where everyone else prepartied for the clubs, and I awaited my taxi.

The sad part is we all left at the same time…