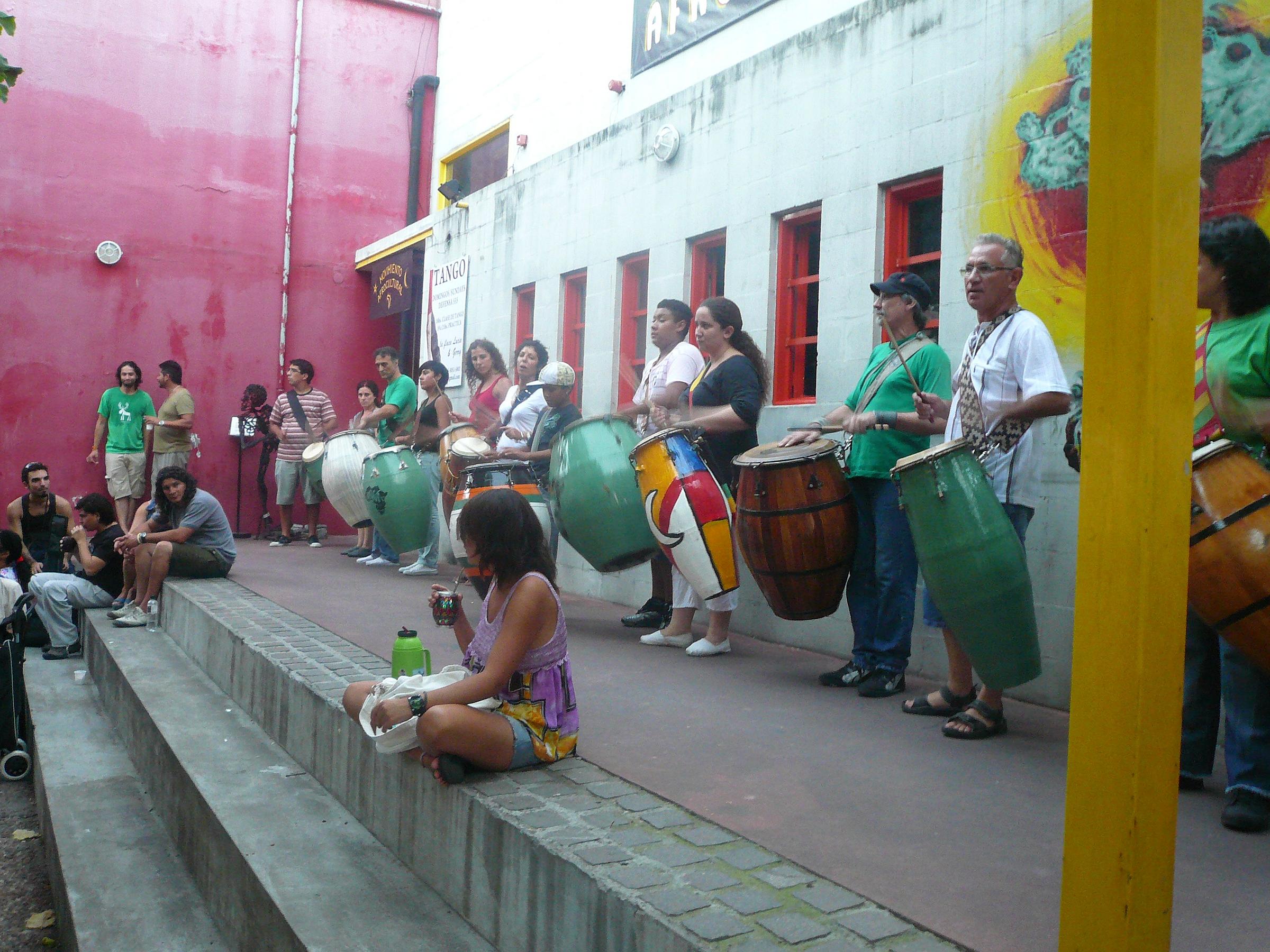 First tango in Buenos Aires, cars being blocked by dancers in the streets, following one drum parade and finding a samba party in the street, closing it out with some lomo. Pretty awesome first day in Argentina. – Facebook post.


While the rest of my company ended up stranded in Costa Rica for an extra night (there are worse places to be stuck), I had no problems getting out to Houston. Because clearly when travelling from Central to South America you need to spend some time in Houston. But it was going to be easier and cheaper than bussing to San Jose and connecting through Panama.

My flight left Houston around 9pm and arrived at 10:30am on Sunday morning. I had heard that the San Telmo market is the place to go on Sundays, so I made that my first destination after checking in to my hostel. Although there were some interesting stalls with old books or records, the market is very similar to outdoor markets in other cities, but what made this one stand out was the excellent live street music. Everything from rock bands playing acoustically to bands full of accordions. 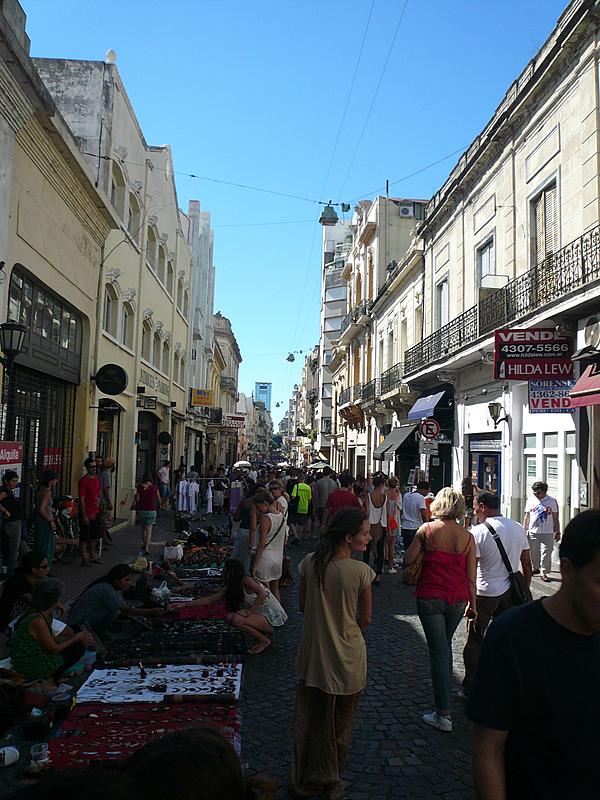 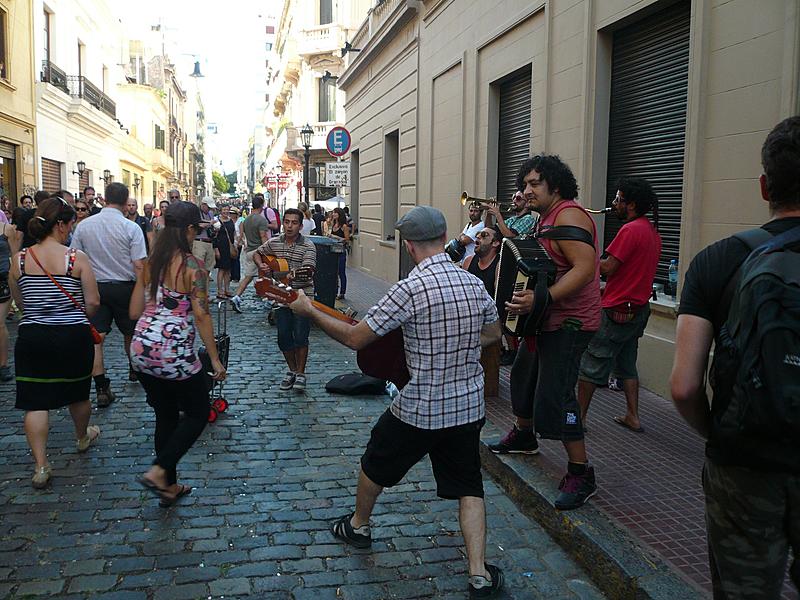 I was hanging out with the excellent Dutch fellow Mark I met at the hostel and we ran into his friend Louise. After wandering around for a bit we heard some drums in the distance. I’m naturally inclined to gravitate towards the sounds of drums; tympanitropism, if you will. This led us to the Movimiento Afrocultural Center where there were about 6 drummers, a guitarist, and a bassist jamming. After about an hour of watching them and drinking a beer or two, Louise and I decided we’d go take the tango class that was beginning inside. I must confess I am quite terrible at tango. It might have been better with a little more one-on-one instruction, but that one hour was enough for me. 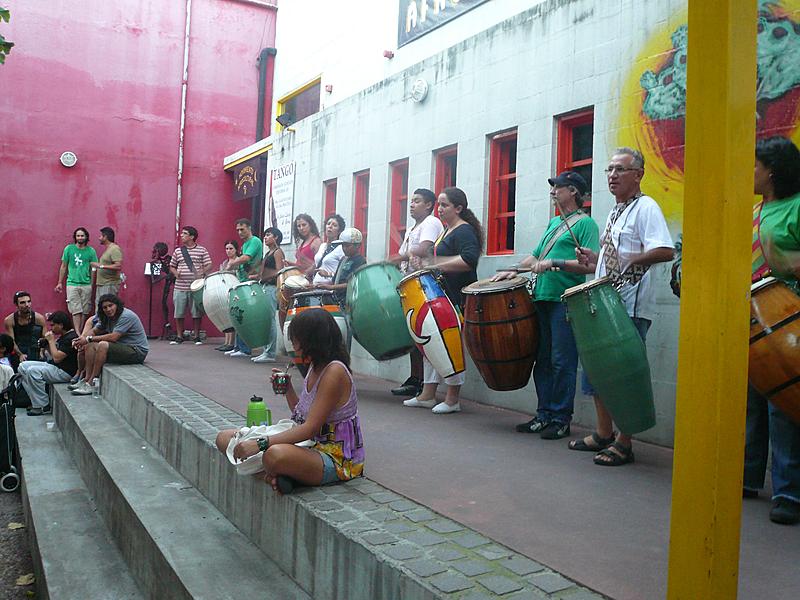 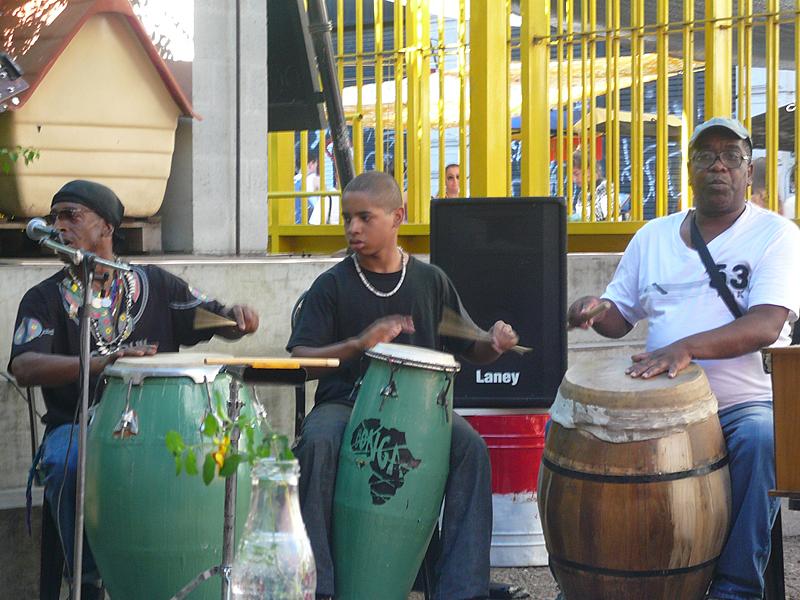 When we came out, the drum band had expanded to about 20 people. After performing a couple beats at the center, they brought the bombas to the streets. The small but raucous parade moved down the street, slowly closing down the market in its wake. When the street opened to cars, those unfortunate driving souls were met head on with a wall of drums. Games of chicken played between car and dancer. 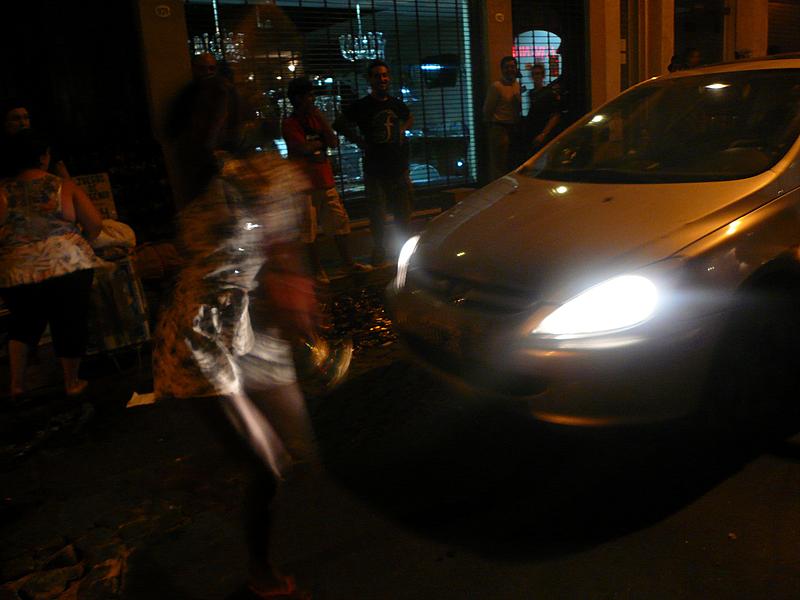 When the batería reached the Plaza Dorrego at the end of Defensa another clamor called our names, this time a Samba crew. Whistles, tamborims, surdos, and airhorns. Dancing in the streets. Sweat flying from gyrating hips. Quilmes quenching thirsts. Whistles signaling tempo shifts. When the music climaxed and both musicians and dancers were fully exhausted, the crowd dispersed.

By now it was 11:00 and had developed quite a hunger. The only reasonable remedy: bife de lomo. Quite a spectacular close to my first day in Buenos Aires. And the lesson learned is, of course, when in doubt, follow the drums.